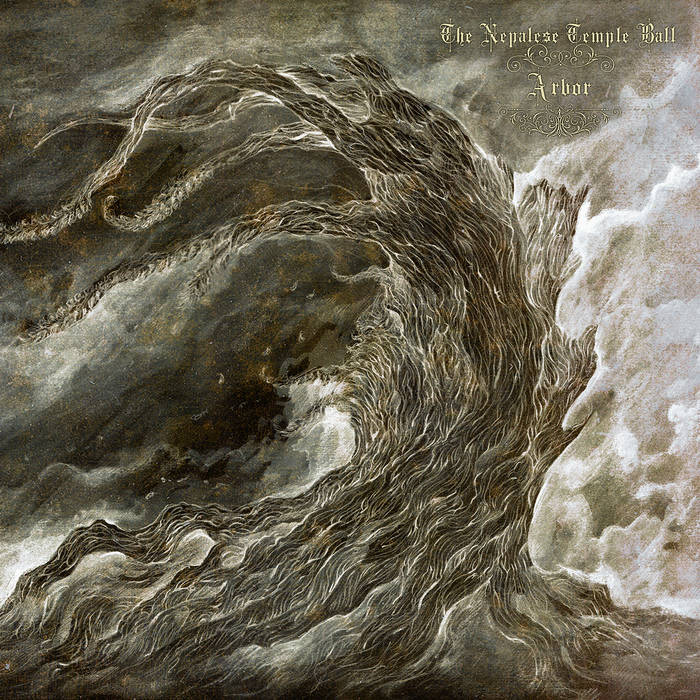 In Fugazi We Trust

Arbor
by THE NEPALESE TEMPLE BALL

It really wasn't until I pressed play on this record that I realized just how much of an impact Fugazi has had on music. For longtime fans of this historic band, this is probably a big "Well DUH!" moment, but it was am important realization for me. As far as post-hardcore goes, Fugazi were pioneers of not only the sound; but also the DIY philosophy. But in my time spent with Arbor, my appreciation was expanded beyond this one genre into what Fugazi means to sludge as well.

The Nepalese Temple Ball are a sludge metal act out of London. If these musicians did not grow up on a "steady diet of nothing" (har har), I would be shocked. "A Snake for Every Year" opens up very much like your typical hardcore-tinged sludge: moody drums, big waves of distortion, etc. But the vocals kick in, and Mr. Ian MacKaye himself has arrived. If you're not familiar with Fugazi (for shame), I recommend you check out a few tracks to get the reference. I don't know if it's Tim or Stitch here, since they share vocal duties, but the cleanish vocals are that same indescribable style.

Similarly, the guitars are tinged with noisy, mathy blasts of indie rock that are perfectly met with some crunchy-ass basslines. There's something just so 90's about the whole sound that would have fit in perfectly with Helmet, Quicksand, and Rollins Band just as well as Alaskan or The Moth Gatherer. It's remarkable that it has been so long without me realizing that slower Fugazi tracks have as much to do with post-metal, atmospheric moments like on "Mongolian Terror Trout" as they do with the indie and hardcore scene.

But for all of these similiarities, I must also give credit where it is due for where The Nepalese Temple Ball venture out into more extreme territory. For one, these guys take the aesthetic to much darker places than their elders generally did. They had their moments, but Arbor is a consistently derisive affair that never ventures into the light. Furthermore, vocals explore some blackened realms, contorting into growls and screeches to further the contemptuous agenda. "Gas Bird" is another fine example, buidling from some unescapable, bob-inducing drums to a punishing groove.

I've already listened to this a few times back to back today, and I can safetly say that it grows on me more each time. There are some excellent hooks and a perfectly-fitting level of production, but what is more important is just how well Arbor puts you into this introspective haze. That's powerful musicianship, and even without vocals ("Desert Baron"), you can't shake the feels. The whole album is avialable for just 4 GBP, so give these guys their due. Again, you're welcome.