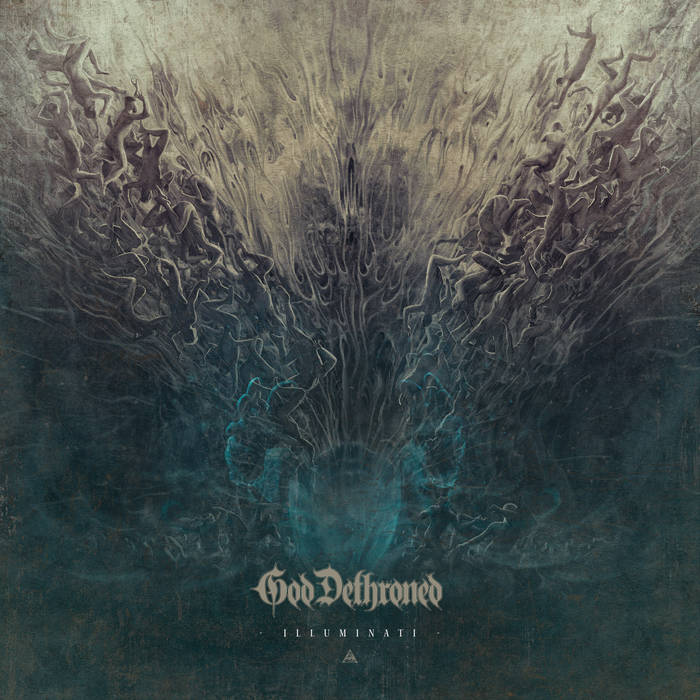 It may have seemed as though God Dethroned was broken up for good when they called it quits for the second time in 2012, but Henri Sattler saw fit to give the band their third run a few years ago which resulted in The World Ablaze.  While the group has been through quite a few lineup changes over their almost thirty-year history, Sattler and crew have been consistent in their approach to death metal that balanced blackened and melodic elements.  This year’s Illuminati is no exception and finds God Dethroned branching out naturally, with the writing offering some of their most versatile and standout material in recent memory.

While the instrumentation was at its most aggressive level during some of the band’s World War I focused material, there’s still plenty of crushing drumming and bottom-heavy riffing throughout Illuminati.  But what will stand out to anyone familiar with God Dethroned is the more dynamic approach that this album takes compared to some of their past discography.  With keyboards now being emphasized on every track, the melodic climaxes reach greater heights and put many of the traditional melodic death metal bands to shame, which works well alongside along the thrashier and aggressive riffing.  “Book of Lies” and “Eye of Horus” are perfect examples of how God Dethroned can balance both sides within the confines of a single song without stretching things out for longer than they need to, and the overall runtime of 36 minutes keeps things lean and at their most potent level.  The first half of Illuminati makes a strong impression but it’s the second half that I find myself coming back to the most, as the hooks stay with you from “Gabriel” until the end of the album and represent some of the best material the group has written since their second reformation.

Sattler’s raspier scream/growl has become a familiar part of God Dethroned’s sound over the years, and he’s still just as intense as ever.  With the power of the instrumentals coming through perfectly on the recording the vocals are able to match up to them, and where some other death metal bands that have been around for this long have growling that comes across as phoned in that’s definitely not the case here.  One of the other differences that Illuminati brings to the table is an increased focus on singing, particularly on tracks like “Spirit of Beelzebub” and “Satan Spawn”.  This isn’t a new element for the band as they’ve utilized some cleaner elements on past releases, but it seems even better integrated and adds to the versatile feel of the writing.

As God Dethroned heads towards their thirtieth anniversary in 2021 they’ve showcased that they’re still a band worth paying attention to.  This album has plenty of strong hooks to keep listeners coming back and has a great balance of that aggressive blackened and thrash edge of their earlier days with the soaring melodic leads of their later efforts, all wrapped up with some newer elements that push them forward.  If you’ve somehow yet to hear this long running band this is a great place to start, and then you’ve got quite a bit of killer metal to work through.  Illuminati is available from Metal Blade Records.