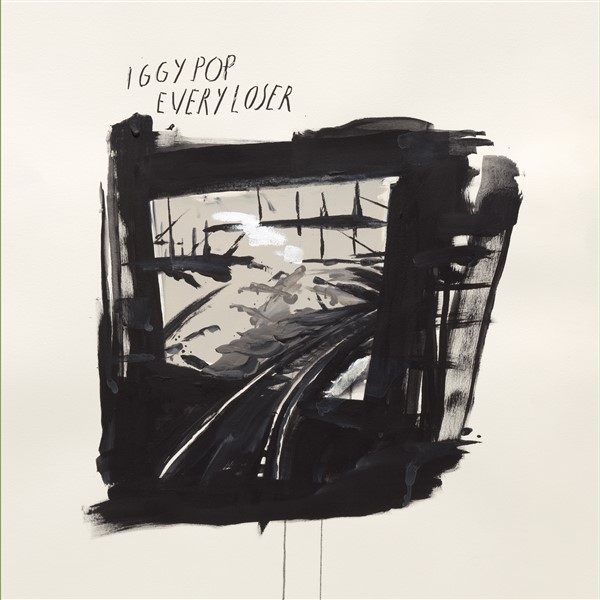 Every Loser
by Iggy Pop

At seventy-five, it’s an exciting prospect to be getting new material from Iggy Pop.  No matter whether you’re best familiar with his work with The Stooges or any of his decades of solo material, there’s always something unexpected to his discography.  2017’s Post Pop Depression collaboration with Queen of the Stone Age’s Josh Homme was touted as possibly Iggy Pop’s last album at the time, yet here we are in 2023 with two more full lengths that have come out.  2019’s Free shed rock entirely in favor of jazz and more experimental material, but this year’s Every Loser flips things back around towards high energy punk, garage rock, and everything in between.  This marks Iggy Pop’s first collaboration with producer/guitarist Andrew Watt, who recently worked on Ozzy Osbourne’s most recent record, and brings along plenty of other well-known modern rock musicians for the ride.  It may not offer anything stylistically unexpected, but it’s a fun and infectious release that listeners may end up getting more mileage out of than they expect.

The core of Every Loser’s instrumentation revolves around Andrew Watt’s guitar work alongside contributions from Duff McKagen, Chad Smith, and Josh Klinghoffer.  But as you get further into the album there are also guest spots from Dave Navarro, Stone Gossard, Travis Barker, Eric Avery, Chris Chaney, and what may be one of the final recordings from Taylor Hawkins.  Despite this being an all-star lineup of 90s and 2000s hard rockers that likely looked up to Iggy Pop as they were getting started, it doesn’t feel like an album centered around its guests and the material flows naturally.  This is Iggy Pop working with a crew of musicians who suit his high energy crudeness on the faster tracks and soulful crooning on the slower ones, and there are some infectious hooks to back him up.  Stylistically Every Loser swings back to the rock and punk direction, blurring the lines between edgier rock ‘n roll and punk alongside new wave and post punk.  When everything comes together on songs like “Strung Out Johnny”, “Morning Show”, “Comments”, and “The Regency” the material really shines with its variation and hooks, but some of the other songs come off as a bit more generic and less memorable.  There’s something about how the aforementioned tracks in particular build from soft and reflective melodies into booming choruses that makes them special, and as a result the more straightforward ones suffer.  That’s not to say they’re not still fun to listen to though and given the compact run-time this is still a very listenable album from beginning to end.  I did find myself wanting just a bit more edge to the production though, as sometimes Watt’s approach feels just a bit too cleaned up for my taste, but it doesn’t take away from the performances too much.

As is the case with plenty of other singers, Iggy Pop’s voice has gotten deeper and changed significantly as he’s aged.  His more recent material has reflected this and found him adopting a more soulful baritone croon that worked well, and there’s still plenty of that on tracks like “Strung Out Johnny”.  But there’s also some higher energy, in your face singing/yelling on “Frenzy”, “Neo Punk” and a few others that feel like a callback to Pop’s earlier days.  It’s a mix of past and present, and while you can definitely tell that some studio tweaks have cleaned things up, I can’t complain when the results are dripping with attitude.  Andrew Watt contributes some backing vocals on some of the songs which adds some slightly cleaner refrains, adding some extra nuance to the material.  But what will likely stand out for most people is the sheer crudeness of the lyrics, which find Iggy Pop sounding appropriately punk with lines like “I’ve got a dick and two balls, that’s more than you all”.  There’s a mix of these crass and fun lyrics alongside more reflective ones, and it makes Every Loser all the more fun to listen to.

Iggy Pop has now released nineteen studio albums and is seventy-five years old, and like a lot of his peers a lot of people seem more focused on trying to figure out where this fits in his discography and musical legacy.  But I appreciate that Iggy Pop seems wholly unconcerned with that and has put out a rock and punk leaning album that’s just focused on being high energy and having fun with the musicians.  It has some incredibly catchy material alongside some decent tracks but remains very likeable from beginning to end, and I expect to return to some of the highlights often over the course of the year.  Every Loser is available from Gold Tooth/Atlantic Records.