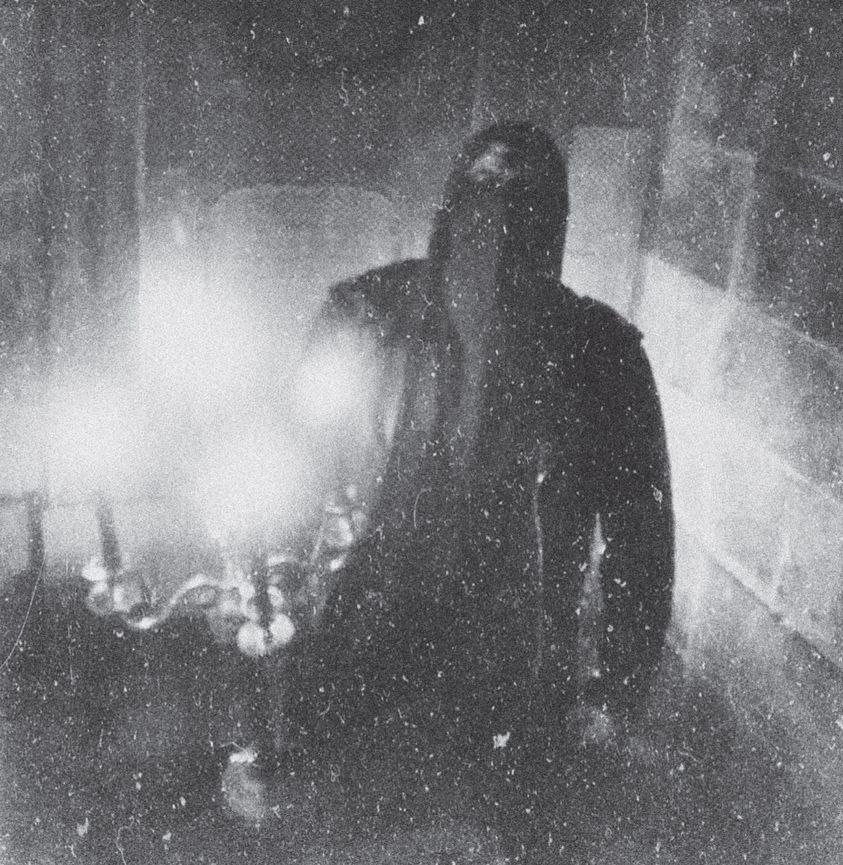 In the social media age where metal bands are constantly making posts and trying to engage with fans in ways that sometimes threaten to undermine their actual music, it’s always refreshing to see artists that do their best to stay in the shadows.  Much like the earlier days of black metal, there are still those in the genre who chose to remain unknown aside from a few scant details and let the material speak for itself (even if the Internet has an obsession with trying to then unmask these musicians).  Ifrinn is one of these groups, as it is known they hail from Scotland and that’s about it.  They initially seemed to appear out of thin air with a self-titled demo in 2016, and have followed that up five years later with the Caledonian Black Magick EP.  Utilizing an even more aggressive approach, Ifrinn treads similar ground as a lot of other black metal bands but still manages to impress.

There certainly wasn’t a lack of denser blasting on the demo, but the three songs on Caledonian Black Magick have taken on an even darker and jagged tone.  Ifrinn doesn’t give listeners much in the way of intros or interludes this time around, as the opening song launches right into its attack and lets a twisted and esoteric atmosphere build as the drums blast through your speakers like a tank on the move.  Each track spans around eight minutes in length, giving the group plenty of time to let the tension rise and fall and vary things up tempo wise.  You will still find the occasional ambient break that gives just a slight bit of breathing room, but compared to its predecessor where these were offered as separate songs they come in much shorter bursts.  Despite their country of origin, the atmosphere the material generates reminds me of a cross between the shriller tone and all-out of violence of Finnish black metal and Norwegian bands like Mare.  “Stellar Zephyrs” in particular channels Mare’s Ebony Tower with how the guitar melodies seem to dance over the recording like a spell being cast.  Ifrinn’s decision to scale back the ambient elements a bit and integrate them as shorter passages with the black metal works well, and while there’s still room to further mix the two sonically the progression is noticeable.  Admittedly the one issue for me is that the three songs did expand outwards in a similar fashion which does lead to them blurring together at certain points.  But, Caledonian Black Magick is still consistent from beginning to end and its tense, ritualistic atmosphere has drawn me back for more.

Rather than having higher pitched screams or guttural growls, Ifrinn’s vocals fall somewhere in the middle with a raspier pitch.  The performance has a much grittier, ugly tone to it that only adds to the darkness emanating from the material, and the way the lyrics flow forth has a bit of a mystical feeling to it.  Compared to the debut the vocals are a bit more prominent this time around, and they grab your attention a bit more frequently.  I love the way that “Silent Seas of Sorcery” opens with that short burst of screaming where you can hear the inhale that leads up to it, as it completely catches you off guard.  This is another area where the group seems to be getting stronger with each release, and it’ll be interesting to see how the performance changes as they continue to progress.

Scottish black metal has a tendency to be associated with the more atmospheric and folk variants of the genre, but Ifrinn treads a more traditional path with tense darkness and a ritualistic flair to its attack.  The arrangements have gotten denser, with the ambient breaks now coming directly as part of the main songs, and while there’s still room to further expand upon and differentiate themselves from some of the others out there this is still a very strong showing.  Fans of bands like Mare and Sortilegia are sure to find this EP to be just as enticing.  Caledonian Black Magick is available from The Sinister Flame.