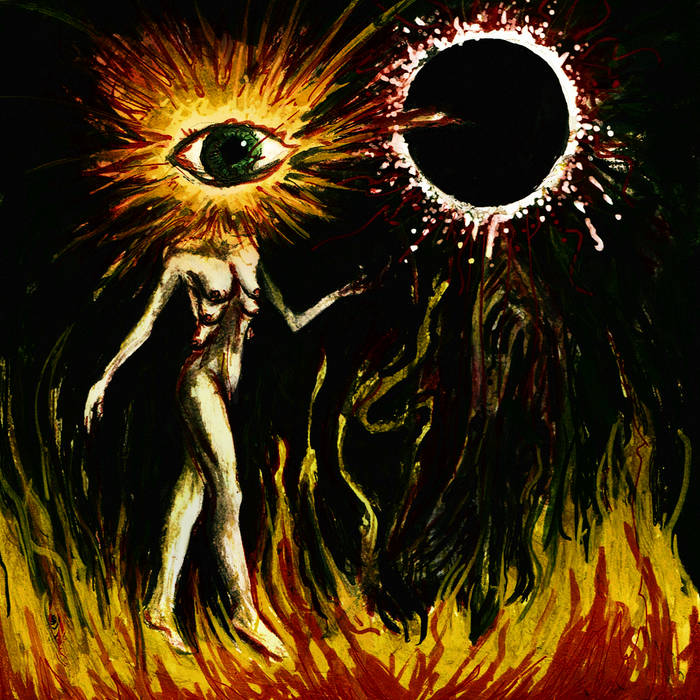 What I Like: Sæti Sálarinnar is an utter maelstrom of noise that holds its own in the fray with any of the bands listed above. The guitar strings don't play notes; rather they cry out in vain anguish at their abuse. With each strike of the pick, they bend and stretch in agony, creating a sickeningly disorienting atmosphere that quite frankly makes me feel nauseous. The room is simultaneously spinning and being consumed by hellfire. Meanwhile, deathy tracheal vibrations croak out cryptic, often indecipherabal incantations into the infinite ether alongside a cacophany of frantic drumming. It's as if Imperial Triumphant and Deathspell Omega had an unholy union in the shadow of Baphomet himself. This is black metal most certainly not for the faint of heart.

Critiques: There are some pretty long stretches of slower, doomier sections on this album; and while those who are more inclined towards the depressive end of the black metal spectrum should eat this up, I find it to be a little dull. More in the way of alternation between these menacing trudges and the faster stuff would have worked better for my taste.

The Verdict: Once more, I can count on Iceland to deliver some of the most haunting, unearthly sounding extreme metal available for mere mortal consumption. Illkynja are a must listen for fans of any of the projects named in this review, and in general those on the hunt for music that will make your stomach turn and friends and family concerned about your wellbeing.