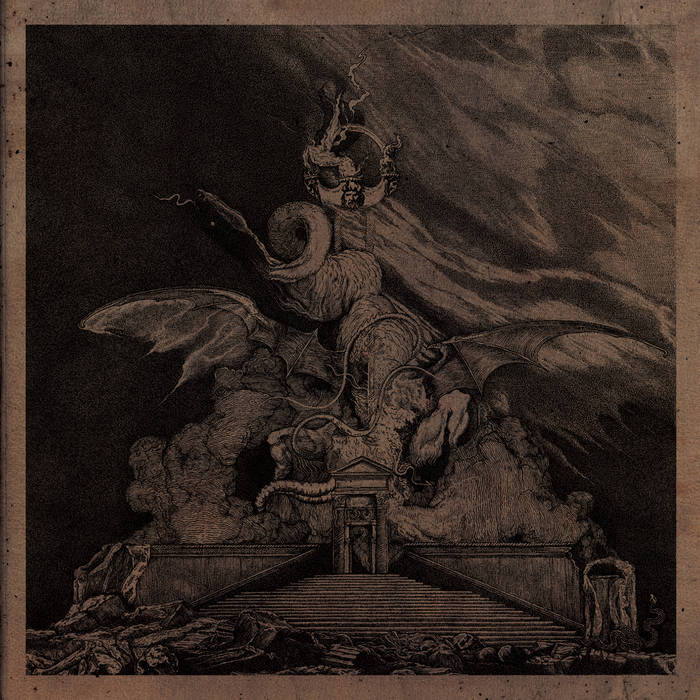 I Bring You Hellfire

Temple of the Adversarial Fire
by Shaarimoth

What I Like: This entire album is cloaked in hellfire.  I can almost feel the heat on my face.  The gargly, blackened take on Morbid Angel-influenced vocals is simply scathing.  It's a powerful delivery that I find incredibly gripping.  Just the first few seconds of the prophetic intro should be enough to suck you in, but the sudden howls and Satanic chanting will make you stick around.  But that's not all; the guitars feed into the evil sound in a number of fantastic ways:  There are the more subtle, lingering hooks, scalding death marches, and the same booming, Babylonian-sounding riffs that helped make Behemoth a household name.  Toss in a thunderous avalanche of bass and toms and you've got yourself a fine record.  I think my favorite moment on this entire album continues to be the seamless, explosive transition from "Beast Of Lawlessness" to "Faceless Queen..."

What I Don't Like: Not many extra points for originality, but it's a damn fine album anyways.  I'll be interested to hear this go head to head with new albums from the bands listed above.

The Verdict: Like the very crust of the earth opened up and spewed forth the frightening image from the cover.  This one is the sound of reckoning.