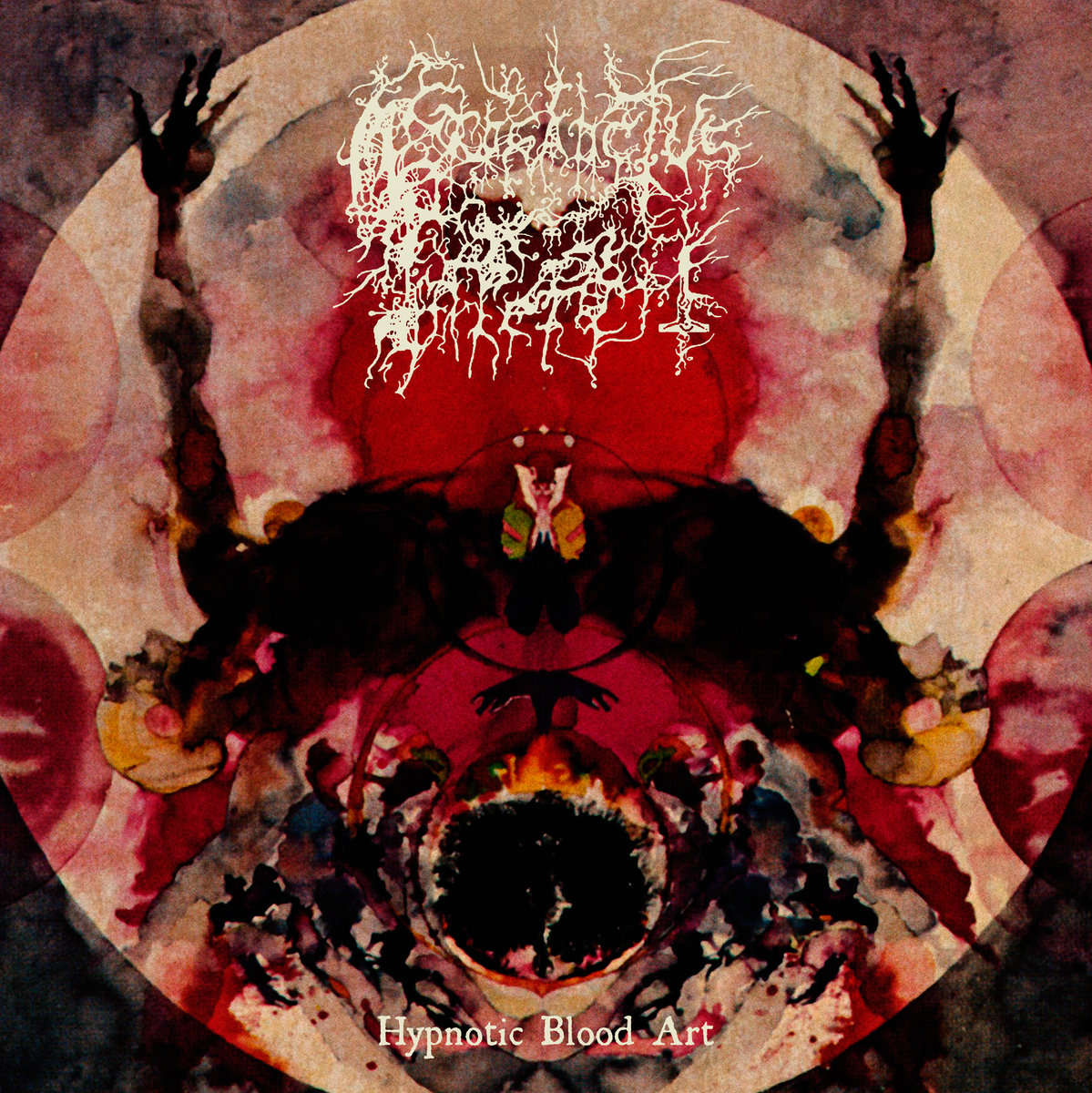 When it comes to US black/death metal, listeners can typically expect raw recordings and scorching, dense riffing.  Prosanctus Inferi has followed this approach for the better part of fifteen years, pummeling with equal amounts of speed and methodical riffing that recalled bands like Angelcorpse and Profanatica.  It has been quite a few years since the last time we heard from these guys, as 2013’s Noctambulous Jaws Within Sempiternal Night made a strong impression on the underground.  Since that time, Prosanctus Inferi has gone from a trio back to a duo and stripped things down even further on their third full length Hypnotic Blood Art in favor of slower tempos that lets the darker atmosphere fester.  While this approach does result in some of the tracks blurring together, this is still another worthy effort from this group that will appeal to fans of the earlier days of black and death metal.

It’s apparent right from the first few minutes of opener “Dark Scarp of Hell” that Prosanctus Inferi has stripped things down a bit and taken influence from some of the earlier US black and death metal, as listeners are met with bottom-heavy chugging riffs and methodical drum work that has a warlike cadence as it marches forward towards destruction.  This makes the album title quite fitting for the material, as the more deliberate approach and repetition of the rhythms does have a hypnotic effect, although the band likes to throw some twists in for good measure.  The aforementioned “Dark Scarp of Hell” does this towards the end with an even slower atmospheric break where nightmarish choral and orchestral sounds suddenly burst through the mix and send chills down your spine, and there are other moments like this throughout Hypnotic Blood Art that let the darkness and eeriness of the recording sprawl outwards.  There are some faster tempos on the title track and some of the other songs that recall the band’s earlier attack, spinning sharp and jagged riffs over top of pummeling drums, but for the majority of the album Prosanctus Inferi settles into a slower chug that seeks to slowly tear you into pieces.  Like Profanatica, the approach here does start to blur together after a few songs even with some of the little details that break things up, and while there’s still plenty of appeal to be found in this rawer approach it does result in the album feeling a bit flatter than its predecessor.

Guitarist and founder Jake Kohn has one of those raspy, echoey screams that is perfectly suited for Prosanctus Inferi’s sound and it’s used to ample effect throughout Hypnotic Blood Art.  With the stripped-down approach to both songwriting and production, the vocals are very prominent this time around and each verse feels like it’s twisting a dagger further into your skin with how sharp each word is.  Once again it reminds me of Profanatica but also the raspy tone brings Pete Helmkamp comparisons as well, as the cadence is similar.  The screams also tend to echo over the recording and are layered in ways that makes them tower over top of everything, adding a considerable amount of power to each song.

Although it has taken quite some time for Prosanctus Inferi to re-emerge with their third album, they’ve managed to do so with a methodical and bludgeoning approach that emphasizes the rawness of the riffs and the thick, dark atmosphere.  This stripped down feel will likely appeal to fans of black and death metal’s formative years in the late 80s and early 90s, though the songwriting admittedly doesn’t always reach the same level as some of the band’s inspirations due to the similarities between the slower tracks.  For me it doesn’t quite reach the same heights as Noctambulous Jaws Within Sempiternal Night, but there’s still enough violence and decay to keep me interested.  Hypnotic Blood Art is available from Nuclear War Now! Productions.