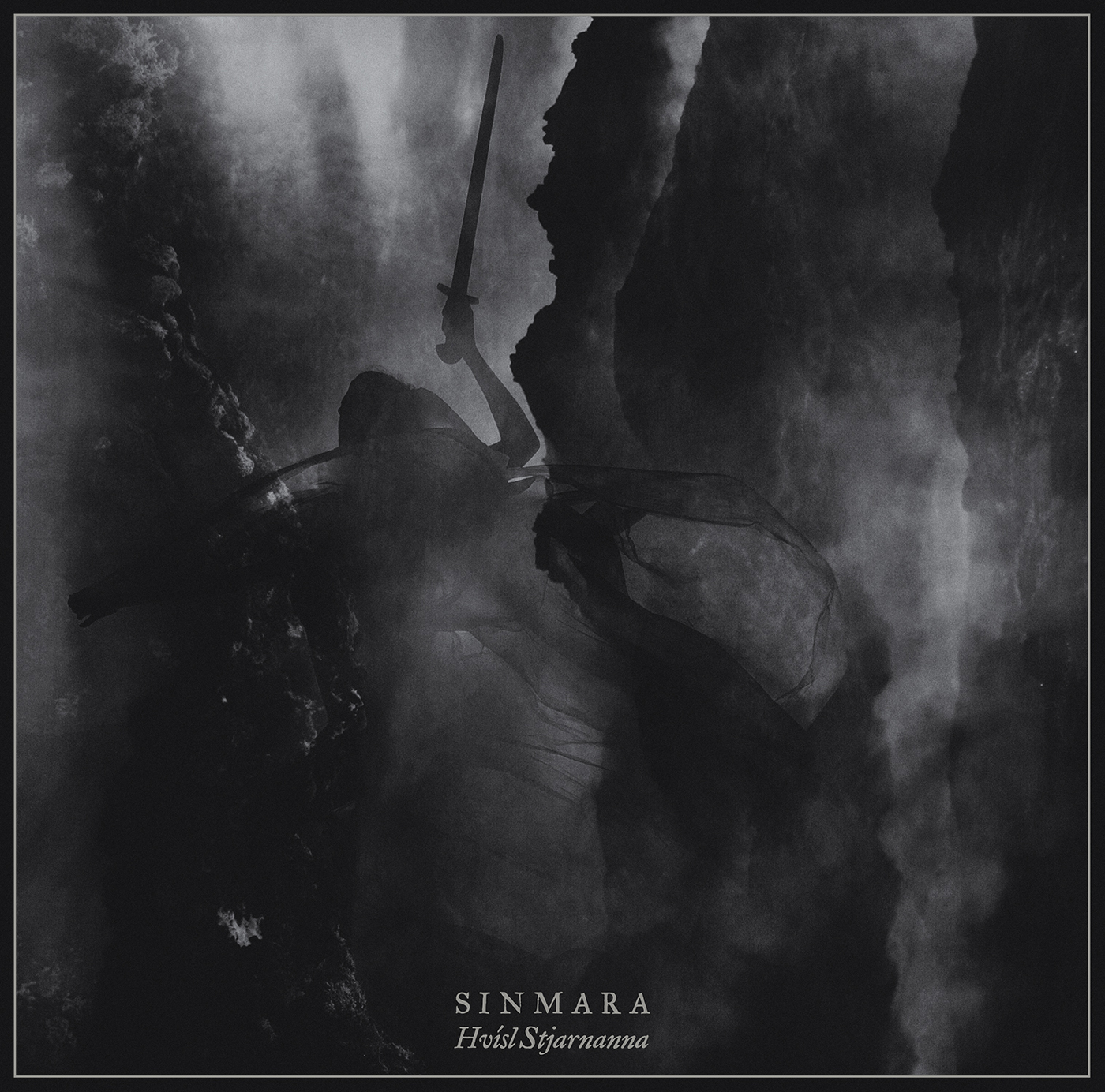 Only a few months after Svartidauði’s second full length blew away all expectations, Sinmara has unleashed their sophomore album Hvísl stjarnanna.  Both bands have followed similar trajectories when it comes to their release cycles, giving listeners teasers in the forms of EP’s and splits for the past few years before putting out a lengthier album, but their musical directions have diverged significantly.  2017’s Within the Weaves of Infinity hinted at where the band might ultimately be headed as it injected haunting melodies over top of the chaotic base showcased previously, but Hvísl stjarnanna takes this approach to the next level with a fuller sound that draws you in from the start and keeps you under its grasp until the very end.

Compared to some of Sinmara’s previous recordings there’s a noticeably increase in clarity, as there’s a bit more separation between the instruments than before that allows each one to stand out as you make your way through each of the songs.  Opener “Apparitions” is a perfect example of how well the band has been able to merge the melodic inclinations showcased on their previous EP with the violent, murky instrumentation of their earlier days, as the haunting melodies swirl over top of prominent basslines that are so thick in tone that they feel like they’re going to suffocate you.  If there was any worry that this group might go too far in the melodic direction Hvísl stjarnanna should put that to rest, as the writing is just as dense and chaotic with the melodic leads twisting into nightmarish apparitions that reinforce the dark and tense atmosphere rather than taking away from it.  Though some of the dissonance and build-ups may have an air of familiarity, the guitar work always has a hook of some kind that gets under your skin and transforms into something that feels slightly different from the other Icelandic groups.  Sinmara’s reached a level where their songs come across as truly epic in scope, with leads that transform into explosions of darkened grandeur and that don’t overstay their welcome even as the track lengths push past the seven-minute marker.

Ólafur Guðjónsson’s screaming style hasn’t changed drastically since the band’s creation, but it has gotten stronger with each release.  While there’s still that same raspy pitch that skews towards the higher end, his screams have more power behind them than before and they tend to fill out the sound and make it that much denser.  It’s an approach that continues to work well, and with the writing offering some truly intense climaxes it’s great to see that the vocals are able to follow suit and tower over them.  Admittedly compared to some of the others out there the screaming on Sinmara’s latest sticks at around the same pitch, but it never fails to hold your attention and remains a perfect complement to the group’s dark and mysterious nature.

The Icelandic black metal bands have tended to keep listeners waiting a bit longer, but it’s been clear that the extended periods of time between full lengths have allowed groups like Sinmara to evolve and push off onto a path of their own.  Hvísl stjarnanna represents a seamless merger of the early dissonance and violence of year’s past with some of the spine-chilling melodies seen more recently, and it’s another highlight to what’s already proving to be another strong period for black metal.  Hvísl stjarnanna is available from Ván Records.