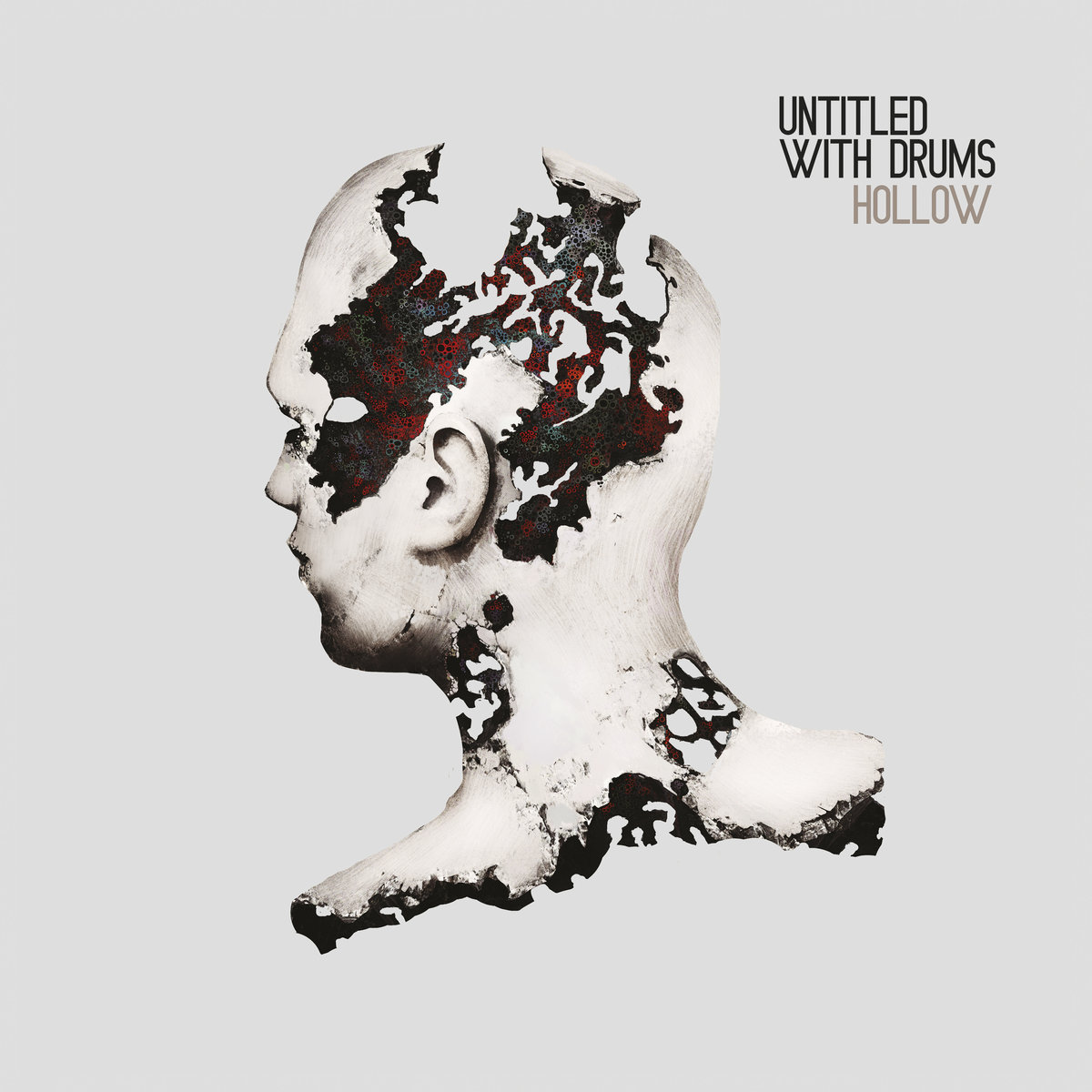 Hollow
by Untitled With Drums

No matter what decade we’re in 80s and 90s alternative rock finds a way to live on through new bands, some of which are just as exciting as the originals from way back.  France’s Untitled With Drums is another great example of this as they released their debut full-length Hollow a week and a half ago and it has a little bit of everything that’s so appealing about this type of music.  With influences that cover everything from grunge, post rock, and noise rock, Untitled With Drums seamlessly moves between moodier, introspective arrangements and noisier, room filling ones that keep you hooked throughout.  It’s an impressive showing from a group that has the potential for widespread appeal, and hopefully they’ll be able to generate that with this material.

The first thought that came to mind as I listened to Hollow was how 90s the overall sound was, with a little bit of late 80s thrown in for good measure.  That’s not a knock against Untitled With Drums though, as they take this familiar and appealing sound and put a modern spin on it with songwriting that hops between different facets of alternative rock from one track to the next.  Tonality wise there are regular transitions between the more jagged and angular riffing of noise rock that has some real oomph behind it and softer melodies that sprawl outwards in a way similar to post rock and even Failure.  It’s another one of those albums where you’ll likely be reminded be a slew of different bands yet never be able to pin these guys down to a copy of any particular one, and any group that can pull in some of the grit and hook of early grunge while also letting the melodies soar is one that can appeal to a wide range of potential listeners.  Even though some of the softer moments do follow a similar approach and don’t always fully stand apart, they never lose your attention and when the band nails it they’re at the same level as some of their influences.  Songs like “Stasis” are a fantastic example of what they can achieve, with airier guitar melodies and methodical drumming opening up into shimmering atmospherics that prove to be genuinely breathtaking.

Three out of the five members handle vocals on Hollow, and they all have slightly different ranges that give the songs more diversity.  The primary style is a softer pitch that expands outwards over the instrumentation, coming through somewhere between grunge and alternative rock, but you’ve got some screaming and more aggressive sung passages that kick in right as the instrumentals reach their peak level of intensity.  It’s subtle, but when there’s a little bit of screaming added into the mix Untitled With Drums channels some early post hardcore as well and this is another example of how they’re able to take a wide range of influences and make them into something cohesive and enticing.

Untitled With Drums released this debut ten days ago and it seems like it’s flown under the radar for many, as I haven’t seen much in the way of reviews or chatter on social media.  This is an album that’s worth circling back on even as we’re in the midst of one of the most hectic and exciting periods for rock and metal music, as there are plenty of strong hooks and the combination of noisy, heavy riffing and somber atmosphere have some genuine staying power.  France has a lot of quality groups in the noise/alt rock spectrum and these guys are in the same league this early on.  Hollow is available from a whole slew of record labels, so check out which one you’ll want to grab this album from based on where you live.  (Seeing Red Records (USA) – Araki Records (FR) – Brigante Records (IT), and Atypeek Music (FR – digital distribution only))