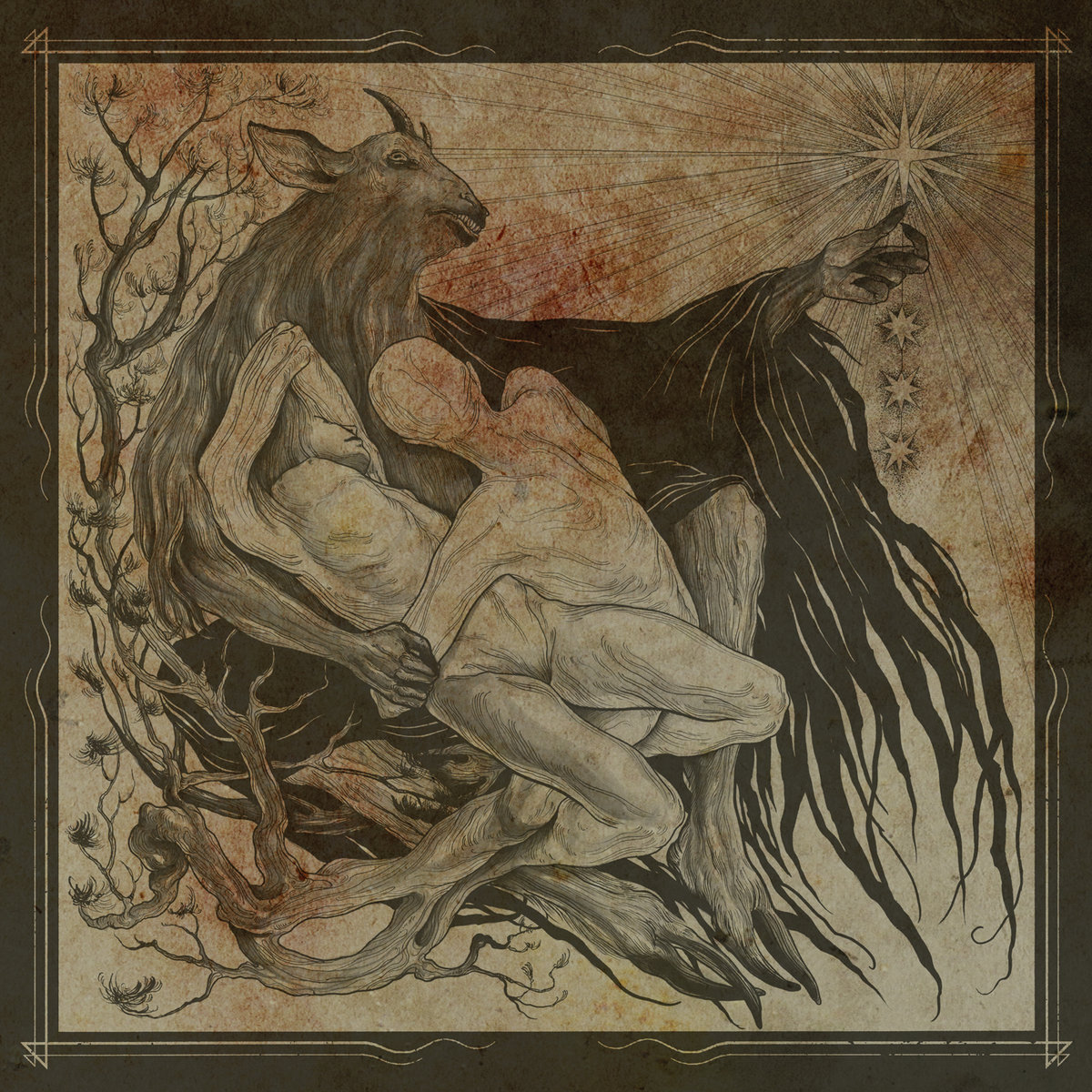 Like their label World Terror Committee, Italian black metal band Fides Inversa has been focused on quality over quantity since their creation.  Where plenty of black metal artists have churned out material at a furious pace, this group has kept their recorded output spaced and as a result each one has showcased significant growth.  The last time we heard from this band they had brought in Wraath (Darvaza, Ritual Death) and WTC label head Unhold (Grand Belial’s Key, Absurd) on bass, giving the Rite of Inverse Incarnation EP a different sound than its predecessors.  For this year’s Historia Nocturna full-length that lineup has been retained and the band has once again transformed, this time exploring a bludgeoning and more direct approach yet still shakes up the formula often enough to avoid feeling one-dimensional.

Where some of Fides Inversa’s sophomore full length Mysterium Tremendum et Fascinans brought the same type of technical and constantly changing riff work as Deathspell Omega at times, Historia Nocturna feels a bit more rooted in black metal tradition and blasts away at the listener with as much force as it possibly can.  Upon hearing the beginning of “A Wanderer’s Call and Orison” one of the first bands that came to mind was Funeral Mist, as there are similarities to the sheer darkness and violence that the guitar work conveys and both bands give you very little time to breath between their attacks.  Though the songs don’t cram in nearly as many tempo changes as before, that doesn’t mean that Fides Inversa has reverted to a one-dimensional sound, as the writing remains dynamic despite heading in a more focused and straightforward direction.  Songs like “The Visit” exemplify what this expanded lineup is capable of, as dark and haunting melodies hover over top of a pummeling base that feels like it has the strength of an army behind it.  These two sides are reflected throughout each of the seven tracks that Historia Nocturna has to offer, and while the group still tends to write songs that span seven to nine minutes in length on average each one provides enough substance and has specific riffs that stand out.  The production values have also seen a significant boost, as the material has a bit more clarity and balance between the instruments compared to some of the group’s past efforts but still reflect the power and grit that genre fans will likely be seeking.

Wraath’s addition to Fides Inversa in 2017 was exciting, as his performances with bands like One Tail, One Head and Darvaza were so harsh and chaotic that it often seemed impossible that one man could be conjuring them.  As of this year he’s become a permanent addition to the band and this proves to be to the band’s advantage, as the vocal work on Historia Nocturna is just as powerful and diverse as the instrumentation.  Wraath’s primary style is a raspier scream that towers above the rest of the recording, but he is able to shift into some lower ranges where every word feels like a blade that’s cutting directly into your eardrums.  It’s one of the more intense performances I’ve heard from a black metal album this year, and some of the best moments come when drummer Omega A.D. provides much higher backing screams that merge together with Wraath’s.  With all these harsher ranges, Fides Inversa already offers a much more diverse approach to its vocals than a lot of the genre, but you’ll also notice some cleaner singing and chanting at times that shake things up even further.

Their overall approach to black metal may have changed, but Fides Inversa has remained as intriguing as ever.  The songwriting may feel a bit more streamlined as it shifts between bleak, ominous melodies and blasting that feels like it’s going to steamroll you, but how the band moves between these elements provides a dynamic listen that allows the individual tracks to stand apart from each other.  Alongside Order of Orias’ recent album, this is another highlight from WTC that showcases some familiar elements but polishes them to a masterful level and listeners are likely to find themselves sucked right in from the first few notes.  Historia Nocturna is available from World Terror Committee.