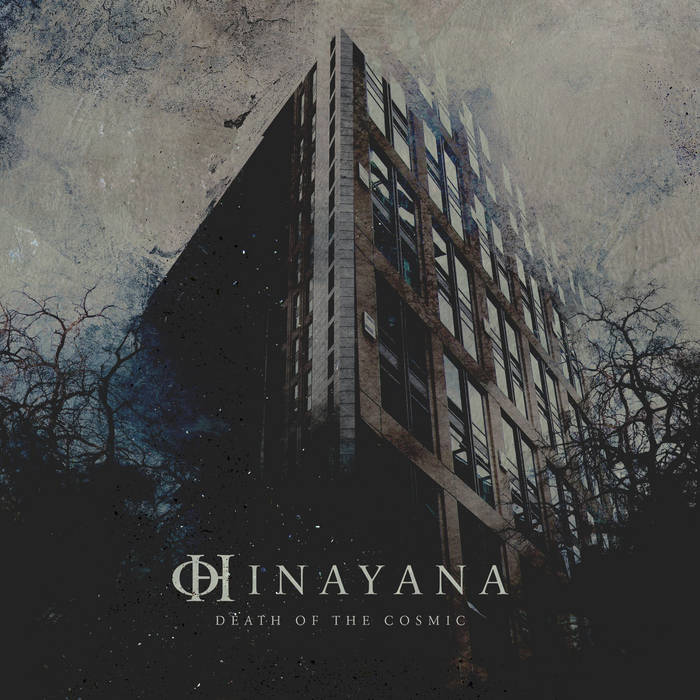 Death Of The Cosmic
by Hinayana

What I Like: I had not previously heard of Hinayana prior to being served this EP, but apparently they've been kicking around the scene since 2014. And I have to say, after listening to Death Of The Cosmic, I'm definitely interested in checking out their previous material. The closest point of comparison for the other newcomers out there is definitely Insomnium. With palpable melancholy dripping from every guitar riff and deep, foreboding death vocals, Hinayana occupy a very similar and moody niche within the melodic death metal genre. The compositions are a plodding, methodical ebb and flow of sorrowful valleys and epic, almost Equillibrium-esque peaks aided by the always emotionally stirring synths. And, pushing this big mood to its zenith, the late, great Nature Ganganbaigal of Tengger Cavalry also makes a posthumous appearance on "Cold Conception" with the haunting bowing of his Morin Khuur. Rest in peace, Nature. Your unique take on the folk genre will be sorely missed. Throw in some killer guitar solos and massive-sounding drums thanks in part to the mastering of Swallow The Sun’s Juho Raiha, and this is easily among the most expansive EP's of the year.

Critiques: I feel like throwing in a faster part hear and there a la "While We Sleep" would add some additional dynamics and aid in the overall pacing. Not too much; just enough to offer like a 4 to 1 counterpoint to the slower stuff.

The Verdict: Again, if you enjoy the slower, more brooding side of melodeath in bands like Insomnium and Katatonia, do yourself a favor and add Hinayana to your list. Death Of The Cosmic is truly powerful stuff that makes its around 25 minute runtime feel like a full length feature.