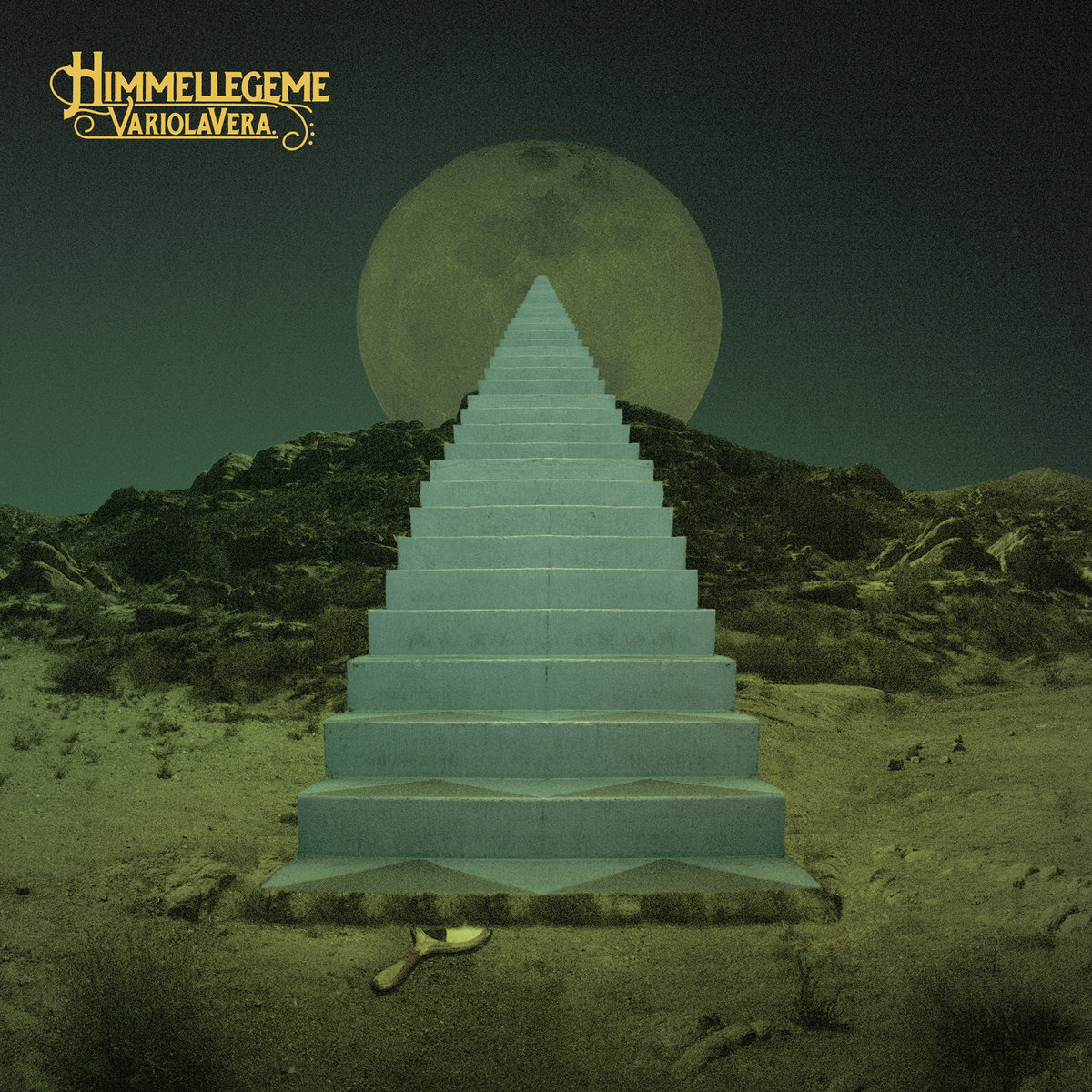 Psychedelic and progressive rock have been dominated by Scandinavian bands over the past decade, but even within this region those genre tags can mean vastly different things.  While some lean heavily into the spirit of the 60s and 70s, others have taken a more modern twist that bring in elements of 90s and 2000s alternative rock.  Norway’s Himmellegeme were already starting to capture some of the latter category on their 2017 debut Myth of Earth, but on follow-up Variola Vera they’ve blown this wide open with soaring, cinematic peaks and a style that feels retro and modern at the same time.  It’s a smart move for the band, as it presents listeners who sometime find prog and psych too abstract with immediate hooks as well as more depth for those looking to dive deeper and find the nuances of each track.

One of the main reasons that Himmellegeme has a bit more accessibility than some of their peers is due to their songwriting structure.  While they don’t simplify down to the radio rock friendly verse/chorus structure on every song, still allowing for some softer exploration and adventurous moments, this isn’t the type of free-flowing and densely packed material either.  Numbers like “Shaping Mirrors Like Smoke” and “Heart Listening” start the album off with softer melodies that open up into booming passages where the guitar and rhythms have instant appeal, while “Blowing Raspberries” boils things down to simpler yet still effective hooks.  The second half alternates between restrained melodies where the warm atmosphere builds up and more bombastic hooks and rhythms, but the band manages to keep things interesting for almost its entire run-time.  Stylistically Himmellegeme covers a lot of ground, often reminding me of a cross between later-period Anathema and Pink Floyd with a touch of Radiohead and even some post rock thrown in for good measure.  This creates an old meets new sound that’s infectious, and with the record sounding much larger and expansive than its predecessor this works to the band’s advantage.  The early acoustic guitar sections on “Heart Listening” are classic Pink Floyd, while the softer instrumentation on “Brother” gives off some hints of folk and blues.  Within both progressive and alternative rock it can be hard for an album to be varied and still have hooks, but Variola Vera manages to accomplish this with room filling melodic hooks and softer, acoustic ones that get under your skin.  Admittedly the only weak spot for me is the instrumental title track, which ends things on a very mellow and introspective note but overstays its welcome a bit.  To me, this feels like it would’ve been better suited as an interlude between the two sides of the album, and I would’ve liked to hear Himmellegeme end things with a bang, but it doesn’t change just how much the remainder of the material has to offer.

The instrumentals aren’t the only aspect of Himmellegeme’s music that have gone through a transformation, as the vocals have gone through some significant transformations as well.  Where the singing often felt fairly subdued throughout Myth of Earth, here it’s split between softer passages and soaring ones where back-up singing results in some sections that will instantly be stuck in your head.  The band’s main singer sounds a bit like Thom Yorke (Radiohead) or Chris Martin (Coldplay) at certain points, but there are a lot of other pitches throughout Variola Vera that are sure to remind listeners of a wide range of alternative rock vocalists.  Everything stays within a melodic range, so don’t expect any dips into hard rock or rougher edged ranges, but the way the band adapts these ranges so what the rest of the band is doing results in some stunning moments.

I’ve listened to quite a few impressive Norwegian prog/psych rock albums this year courtesy of the ever-reliable Karisma Records, but Himmellegeme is likely to be the one with the broadest appeal.  They’ve kept the cinematic, room filling hooks that made a lot of modern prog and alternative rock have some mainstream appeal while still providing variation and depth that should appeal to those looking for a bit more detail to uncover.  Anyone that can channel equal amounts of Pink Floyd, Anathema, and Radiohead without treading too closely to any of them is a win in my book, and while I feel like there is still room for further growth so that Himmellegeme can unleash a classic down the road, they’ve already advanced in leaps and bounds.