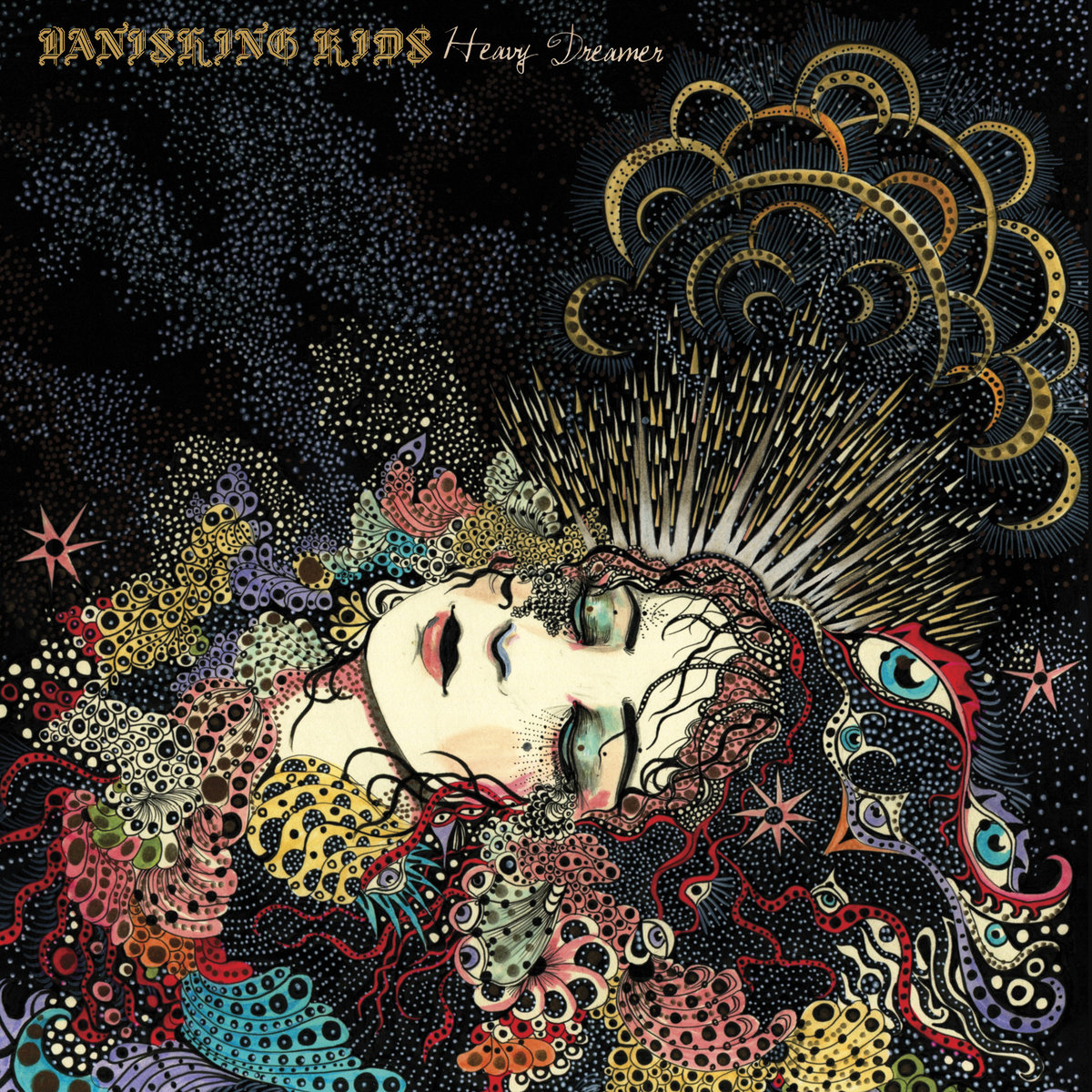 Vanishing Kids has been exploring different stylistic elements with each of their albums but there has always been a consistent heavy psych base to their music, whether it ended up being wrapped in post punk, alternative rock, or any other genre.  For their latest full-length Heavy Dreamer, which comes nearly five years after their last effort, the group has once again transformed their sound into something that seems familiar on the surface but stands out more as you explore its nuances.  With noticeably heavier production values that channel a doom sound serving as a base while soaring, ethereal melodies soar over top of them, Vanishing Kids has crafted the rare album that’s engaging from beginning to end.

It would be easy to mistake Heavy Dreamer as a doom record if you skimmed through bits and pieces of it, as the bottom heavy and dense tonality throughout captures a similar feeling.  This is easily the heaviest and fullest the band has ever sounded on one of their records, but once again the heavy side of the spectrum only represents one side of their material.  As you dive further in and start to discover the nuances of each song, it becomes clear that the warm atmosphere and shimmering melodies play just as big of a role in why it’s so appealing.  Each of the eight songs heads in slightly different directions, but there’s a consistently warm and inviting tone that lets them flow together seamlessly.  The writing is also restrained in the right way, as it lets the softer textures flourish for extended periods of time before building up to truly stunning climaxes rather than hitting you over the head with volume or weight the entire time.  But what stands out the most is how Vanishing Kids touches upon three decades worth of heavy rock and psychedelic influences, weaving in and out of 70s and 80s vibes before channeling 90s shoegaze and alternative rock, all without falling too closely towards any particular band’s sound.  It’s rare to find an album that reminds you of a lot of your favorite groups while still pushing off towards something unique, but Heavy Dreamer accomplishes that with ease.

The gorgeous melodies and heavier grooves are reason enough to pull listeners in, but it’s the vocal performance of Nikki Drohomyreky that puts the material over the top and will leave you breathless.  She has a pitch that often starts mid-range and is able to soar higher as the songs progress, maintaining an airier and ethereal sound that hovers above the instrumentation and commands your attention.  It’s an approach that helps Vanishing Kids to stand out further, as the vocals channel almost as many influences as the instrumentals do.  If you close your eyes while listening to this a lot of vivid imagery will come to mind, as sometimes you could imagine being in a smoky, dimly lit jazz club while other moments feel like they can send you soaring through the clouds.  Unlike a lot of psychedelic and shoegaze-oriented bands, it helps that Drohomyreky is front and center in the mix rather than being buried under a wall of sound, as it allows the singing to reach tremendous heights.

Heavy Dreamer is the type of album with a wide range of appeal.  It has enough of a lumbering, groove laden bottom end to appeal to doom fans, but the melodic, hazy textures will grab in shoegaze and psychedelic rock fans.  There’s a lot of depth to each of the songs, and Vanishing Kids is able to keep the writing compelling all the way through.  I haven’t seen quite as much buzz on this one since its late November release and it slipped me by initially, but I’m glad to have circled back as this is a hidden gem from 2018.  Heavy Dreamer is out now on Svart Records.