Welcome back from the holiday (if you happen to celebrate US Independence Day).  List time!  Yes!  Time to fill your pockets with all manner of tasty metal music.  This week: some lo-fi death and black metal, a dab of sludge, wretched grindcore, and little melodeath as well.  Plenty to enjoy.  If you like what you hear, be sure to support the bands by downloading. 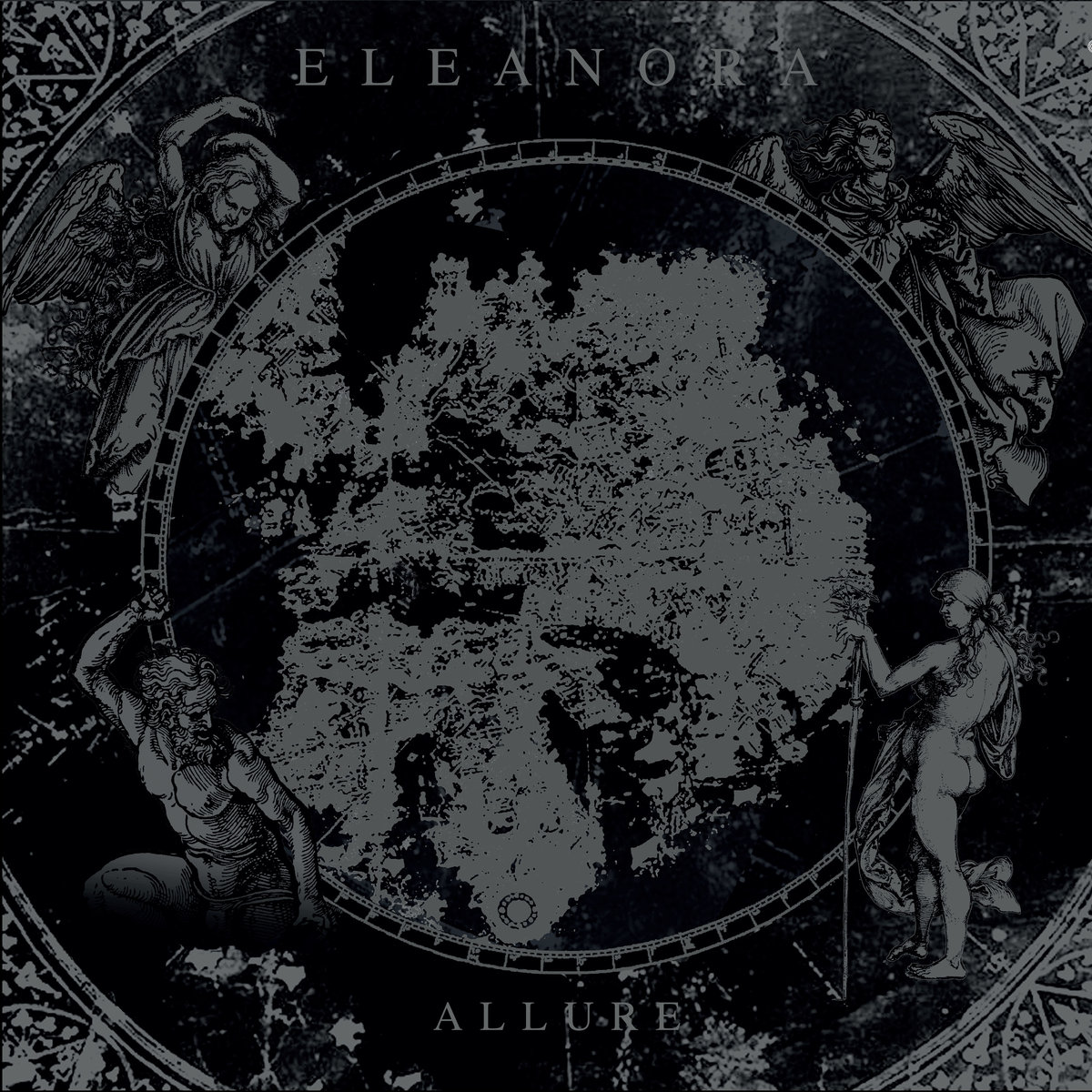 Eleanora is a band you may already be aware of.  The Belgian sludge crew's new album, Allure, has been getting some attention from the major metal outlets.  Plodding, wave-like guitar riffs are driven by energetic rhythms and incendiary vocals.  Fire and water.  These shrieks cut through steel like a blowtorch.  Hooks run the gamut from doomy groove to a few that reminded me of 90's metalcore (though the songs themselves do not).  Compositions are on the longer side, running from 8 to 16 minutes.  During that time expect a lot of moody, slow progression that utilizes repetetition to create a droning experience.  It's a mesmerizing harshness. 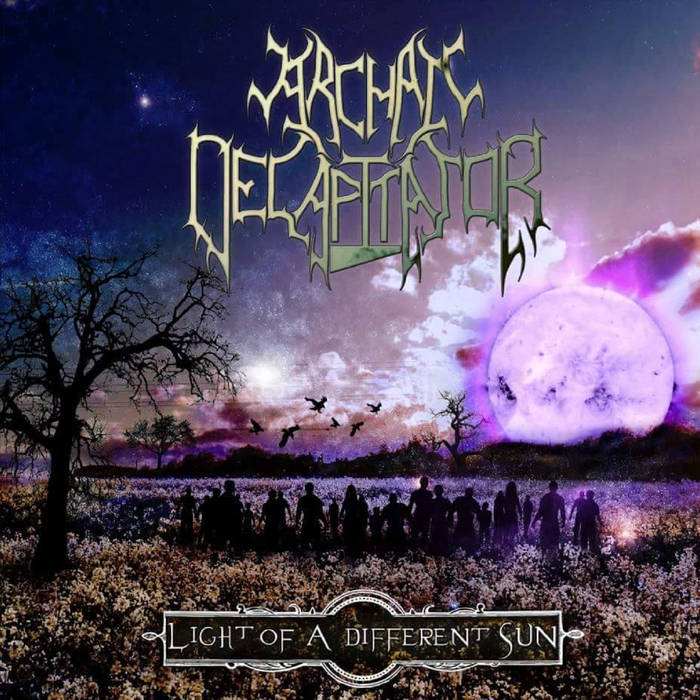 Archaic Decapitator.  Melodic death metal from Connecticut.  I see more and more DM bands coming out of this city every day, spreading like the plague.  This band seeks to fuse "Scandinavian metal bands like Hypocrisy and Insomnium with elements of black metal and thrash."  The blackened tone and riffing style remind me of The Black Dahlia Murder, but the vocals are more akin to OSDM.  Check out some killer solos on Light of a Different Sun, as with the title track; and also a few symphonic flourishes, like the piano and synthesizer on "The Three Poisons."  And you gotta love the drumming on "Face of Asag."  When it meets with the Gothenburg hooks, the result is pretty captivating.  If you're into speed and wicked guitar hooks, this might be the one for you. 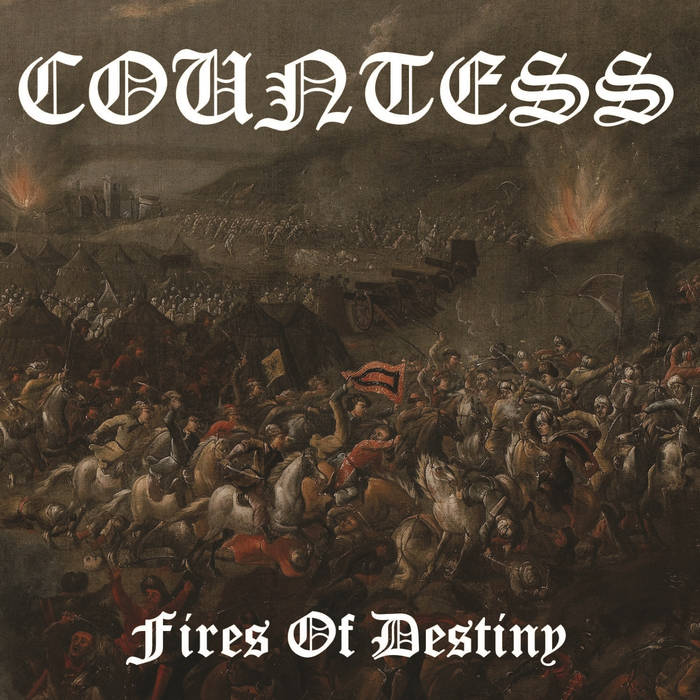 Moving into the Netherlands, Countess is a Dutch band that has been around since 1992.  Their latest album, Fires of Destiny, came out June 30th; and it's an interesting one.  Lo-fi symphonic black metal, complete with underproduced synth work, combine with elements of death and heavy metal.  There are some really catchy hooks, but my guess is that most people will be talking about the vocals before anything else.  They are extremely raw and live.  No bells and whistles here:  just pure spitting forth lyrics however suits the moment best.  It's like a poetry reading snarled through a black metal filter.  Some might be a little put off at the style, but I encourage you to stick around to hear all that the band has the offer.  The title track is a folky romp that comes together surprisingly well between the lush ambience and neoclassical riffs.  Extra points for the album cover seeming to be a tribute to Bathory's classic Blood Fire Death. 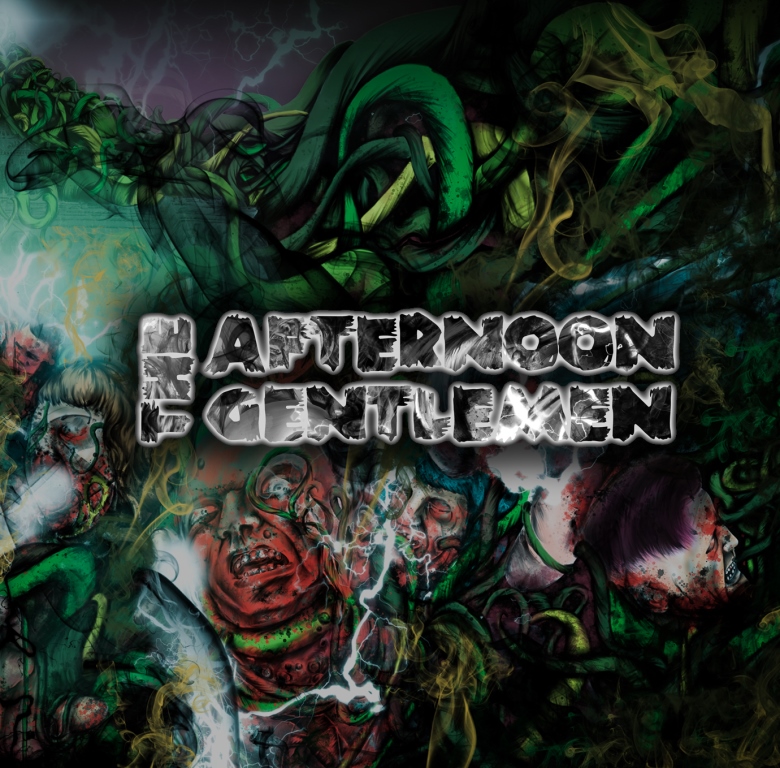 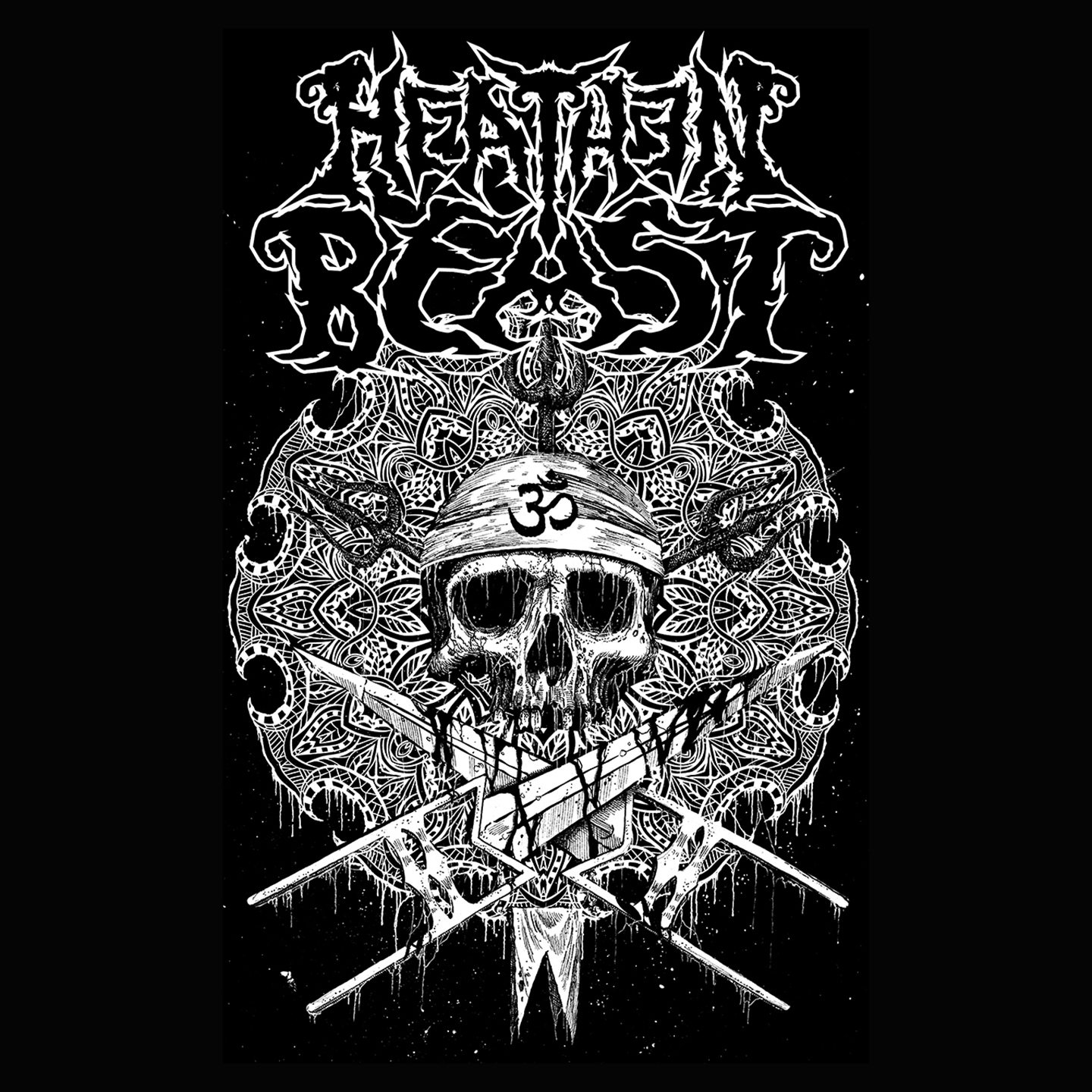 I am sad to announce that this is Heathen Beast's final recording.  This is particularly unfortunate given that the band were just starting to recieve some international acclaim, but I am sure that this is precisely what led to the band's demise. 'Carvaka Samkhya' has discontinued the project under mysterious circumstances and all evidence of their anti-racist government stance has been removed.  It is likely that the members were threatened due to not only the extreme nature of their music, but their critical views on politics in the country, especially the extremist ring-wing agenda of 'Hindutva.'  For those not familiar with the group, they play harsh, lo-fi black metal with accompaniment from traditional regional instruments like sitar and tabla.  Enjoy this and put a middle finger to censorship. 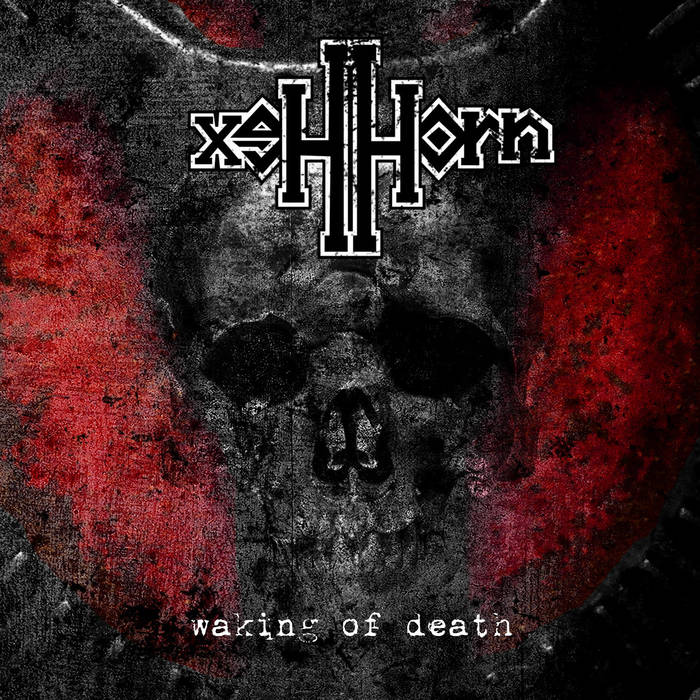 HexHorn reached out to us all the way from Katowice, Poland.  Their album is an enjoyable combination of various death metal subgenres from melodic to blackened, as well as having a few elements of thrash.  Plenty of dark, foreboding atmosphere leaps forth to make Waking Of Death an ominous experience that is also certain to get you banging your head.  A few of the chugging riffs and driving tremolo melodies, along with the deep growls, also bring to mind Amon Amarth,  "Chemical War" is a prime example of this.  The band is still quite young, so I am interested to see where the future takes them. 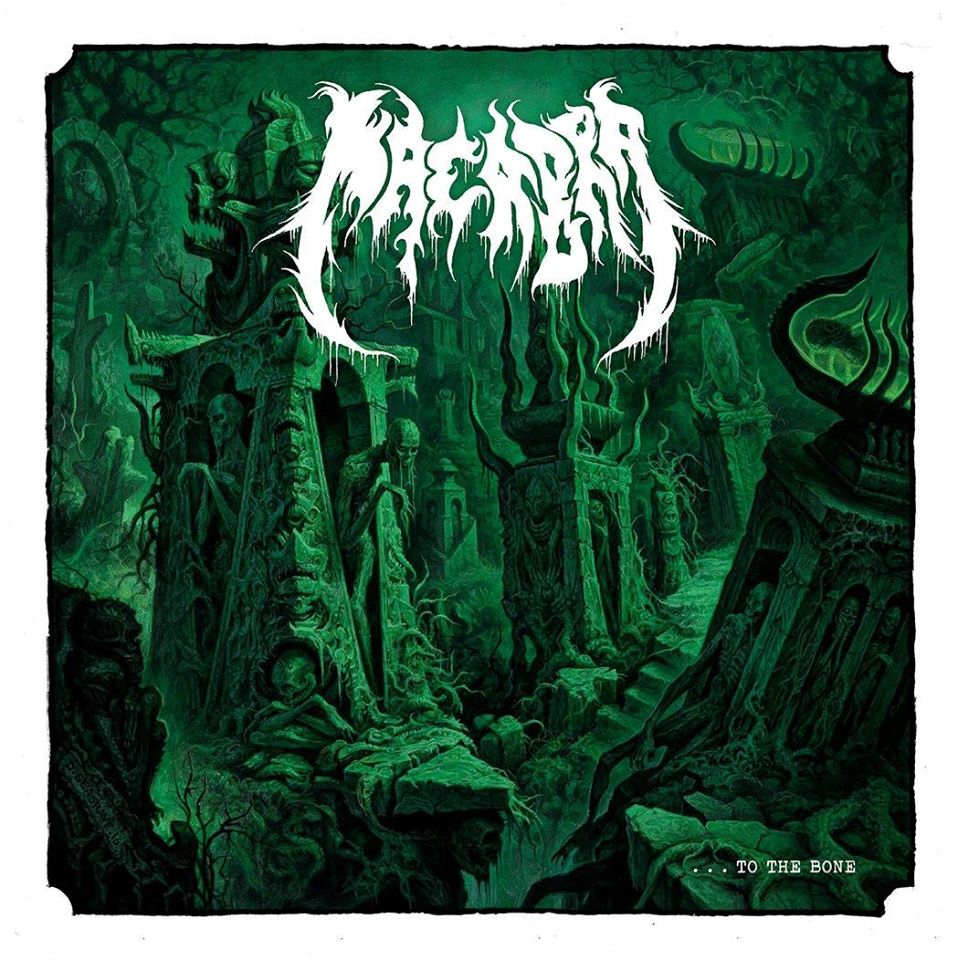 Artist Mark Riddick (Fetid Zombie, Grave Wax) has joined forces with Adrien Weber (Vociferian, Goat Holocaust) to produce a new album from death metal project, Macabra.  There's more than a little funeral doom to the vibe, which you'll pick up on as soon as that whispy hook opens "Death Speculation."  But a doom album this is not.  Skip forward a bit and you'll see the descent into grim, unrepentant OSDM.  Like Countess, the production is pretty lo-fi in tribute to the early metal bands of the 80's and 90's.  The guitar sounds like it's recorded onto cassette with a dusty, old 8-track.  The vocals are ugly grunts fit only for a cave troll.  While the subtle inclusion of synthesizer and aforementioned funeral sustains help to counterbalance the rough listening experience, this is definitely a release not targeted for the mainstream.  Get it HERE.