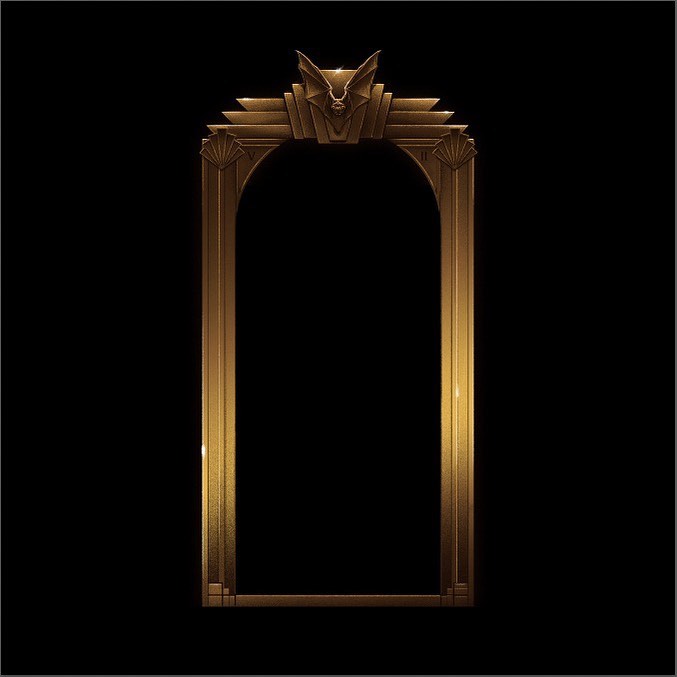 Endless Hallway
by He Is Legend

He Is Legend is one of those bands that has gone through a considerable amount of changes over the past two decades, starting off on more of a post hardcore path before swinging towards southern rock/metal and everything in between.  There are few bands that sound exactly like their mixture of rock and metal, and while every album has explored different elements it’s been easy to identify it as one of theirs.  Endless Hallway, their seventh overall, once again finds the band shaking up their sound and in many ways it feels like a culmination of their past achievements while also pushing forward.  There are still plenty of catchier rock hooks, but this is the heaviest He Is Legend has been in years and the darker slant that goes along with it makes for a strong showing from beginning to end.

As someone that’s been with He Is Legend since 2004’s I Am Hollywood, not every musical direction has clicked with me over the course of their discography but there’s still been an air of quality to everything they’ve done.  But I was genuinely excited to see hear what Endless Hallway had to offer when the band released the first two tracks as back-to-back singles, as it showcased a heaviness I hadn’t remembered hearing from He Is Legend in some time.  That ends up being a critical part of the album, as there’s a lot more metalcore and metal leaning moments throughout the album and the instrumentals even head into full-on sludge and doomier riffing on closer “Lord Slug”.  “Lifeless Lemonade” and “Circus Circus” even give off some hints of nu-metal, which are integrated well with the rest of the sound and throw a few extra curveballs at the listener.  It’s not drastically different from what the group has done before, but the way they’ve slung everything together feels fresh and each song brings an unexpected twist to the usual verse/chorus structure.  Songs like “Seamistress” go from brooding and darker alternative/hard rock into shredding guitar work that has an almost theatrical flair, hooking you with stand-out passages while twisting and turning.  He Is Legend has found that knack for combining infectious melodic rock hooks, southern swagger, and just the right amount of breakdowns and scorching metal tonality and the balance of heavy and soft works better than ever before.  There are a few minor lulls, as “Sour” does feel a little too straightforward compared to the rest of the material even if it does have some catchier melodies, but as a whole Endless Hallway remains insanely catchy.

It’s not uncommon for a band’s instrumental arrangements to change significantly while its vocals remain the same, but this aspect has changed just as much for He Is Legend.  The shift from I Am Hollywood to Suck Out the Poison was huge, as singer Schuylar Croom went from screams, growls, and post hardcore style singing to gruffer singing that had much more in common with southern rock.  Over time the harsher pitches slowly disappeared, but on Endless Hallway they come roaring back.  This may be the most varied performance Croom has ever offered, as he delivers a huge range of singing pitches and screams at just the right moments.  “Lifeless Lemonade” is a perfect example of this versatility, as it starts off with rougher edged singing and then transitions over to a pitch that sounds very close to Jonathan Davis from Korn.  There’s a quirkiness to Croom’s flow that helps the material stand out further, and this playfulness helps to offset some of the darker atmosphere the album offers.  Given his documented health issues over the course of this year, Schuylar Croom has come back better than ever.

Over the years He Is Legend has drawn me back with a song here and there, but not to the same degree that I Am Hollywood did in their earlier days.  That’s changed with Endless Hallway, as they’ve found the sweet spot between metalcore, southern metal, and rock ‘n roll that perfectly encompasses the styles they’ve explored before without rehashing anything.  It’s an album filled with hard hitting metal and rock riffs and catchy choruses from beginning to end, and I’m excited that these guys are firing on all cylinders this many albums in.  Endless Hallway is available from Spinefarm Records.