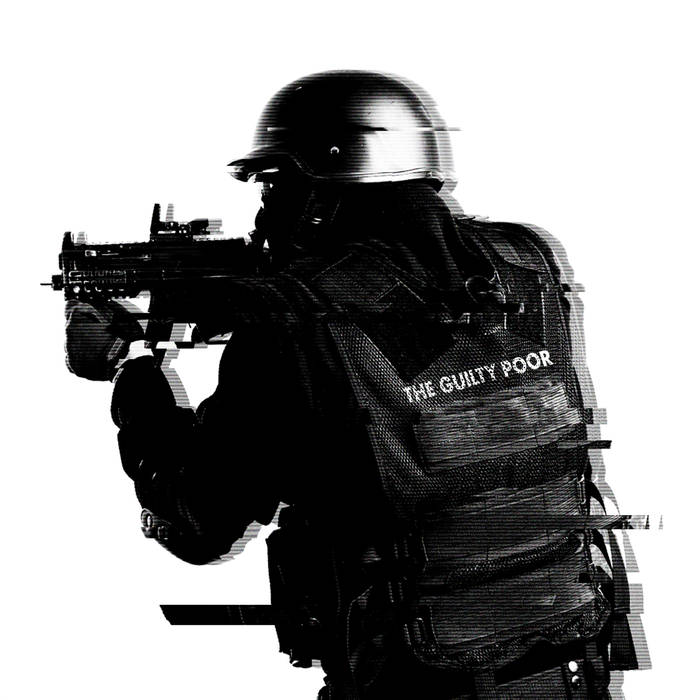 The Guilty Poor
by Kennedy

Put everything great about the early days of Every Time I Die, Converge, and Norma Jean in a bowl, melt that sh#t together, and bake at 350 degrees.  This is Kennedy out of Montreal.  Even if you are not well-versed in the aforementioned bands (for shame), those who enjoyed releases from more recent acts like Great American Ghost or The Armed can certainly get behind The Guilty Poor.  It's a ferocious combination of mathcore, hardcore, and post-hardcore that commands your respect with knuckles, knees, and elbows.

One of the things I highlighted in my review of Great American Ghost's Everyone Leaves is the excellent use of just a few words to convey absolute rebellion, fury, or just plain hate.  I could say much the same for The Guilty Poor.  "I hope what breaks my heart breaks yours!"  "This is the SOUND!  This is the sound of a bro-ken HEART!"  Or my personal favorite, from the overtly ETID-sounding "Brave New World," "HASHTAG REV-O-LUTION!" Among other moments, I cannot get enough of singing along with the tongue-in-cheek bitterness of it all.  And when backed by the discordant guitars and gang vocals, this is a recipe for utter carnage.

But for all of its abrasiveness, there are also some more expansive, introspective tracks scattered throughout; culminating in the epic post-metal and slide guitar closer of "Iverson."  I also quite enjoyed the indie-flavored, spoken word track "Empty Womb."  The delivery is quite heartfelt, and caused me to reflect back on mewithoutyou and From Autumn to Ashes' "Mercury Rising."  Call me a sap, but when executed just right, as it is here, moments like this produce some really palpable sorrow.  In any case, these tracks really help elevate the overall progression and dynamics of the album as a whole while working well as standalone outings as well.

And so, in many ways, I consider this along with The Armed and GAG to be the hardcore triad of greatness in 2015, ranking this somewhere between the other two.  The guitars mangle, the vocals pierce, the bass bludgeons, and the drums pummel you breathlessly to the ground.  One thing I think I could say that Kennedy seems to do best out of recent acts I have heard in this style is that rather than sounding like a close relative of any one of the forerunners I have been name-dropping, they jump styles so frequently and seamlessly as to make the aforementioned melting pot metaphor far more appropriate.  They sound a bit like each of them...it just depends which particular 10 seconds you may be listening to.  Enjoy the full stream below and support another great band that deserves far more press.