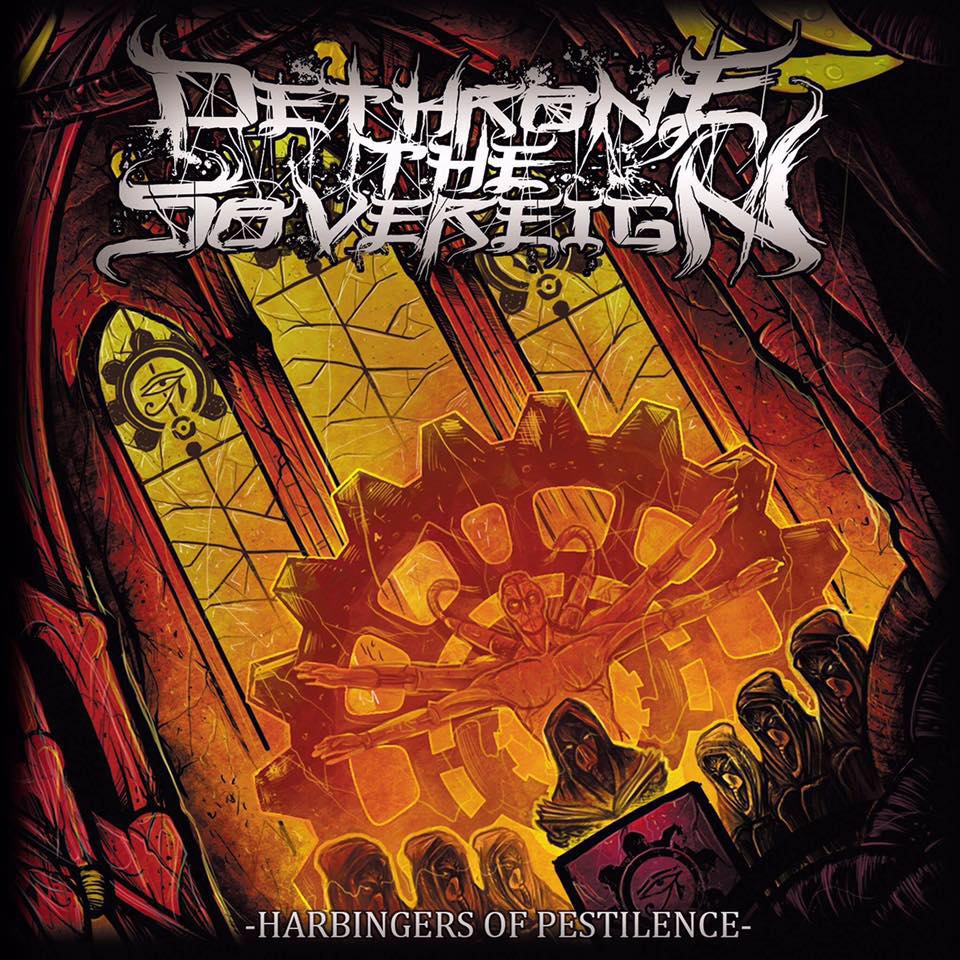 Harbingers of Pestilence
by Dethrone the Sovereign

The Pitch: Famined Records presents the latest album from SLC progressive death metallers Dethrone the Sovereign. Harbingers of Pestilence focuses on the concepts of transhumanism and mankind's desire put an end to its own mortality.  FFO: The Faceless, Vale of Pnath, Exocrine

What I Like:  Dethrone the Sovereign display a nice cross-section of various death subgenres.  We get the technical, djent-heavy riffs of groups like Within the Ruins, the synth touches of Born of Osiris, and the progressive song structures of The Zenith Passage rolled into one.  And not to be outdone by the axe, the bass guitar gets some time to shine with really stellar, driving grooves as on "The Eternal Void." With so much talent on dispaly, it is impossible to attribute the power of this album to any single member.

And aside from the various death influences on more straightforward tracks like "Weavers of Illusion," Harbingers of Pestilence also pulls in plenty of other genres as well.  Both "Era of Deception" tracks as well as the aforementioned "The Eternal Void" sport a more melodic, jazzy foundation while "Apostasy" showcases the band's chops at going full instrumental with piano and epic Spanish guitar. Within the full context of the album, these moments really add to the pacing and texture.  And even in the more traditional death metal tracks, the synthesizer displays a highly effective range of sound from strings and organ to harps and chimes to a rousing electronic solo on "Part II."

Critiques: I wasn't 100% sold on my first listen, but with each subsequent one I love this album more and more.  There is little I would offer in the way of constructive criticism other than continuing to work on marketing.  With an album with this kind of mainstream appeal, there is little reason why their name shouldn't be common knowledge.

The Verdict: Harbingers of Pestilence has it all: talented musicians, eclectic styles and influences, and a high level of marketability.  There are 2 things that I ask of you as the reader.  1) Buy this album to show your support and 2) Tell everyone you know that they should do the same.  It's a dog eat dog world for metal bands today, so it really does take you, the consumer, to get the good music to the top.  Put your money where your mouth is tomorrow through the usual channels.