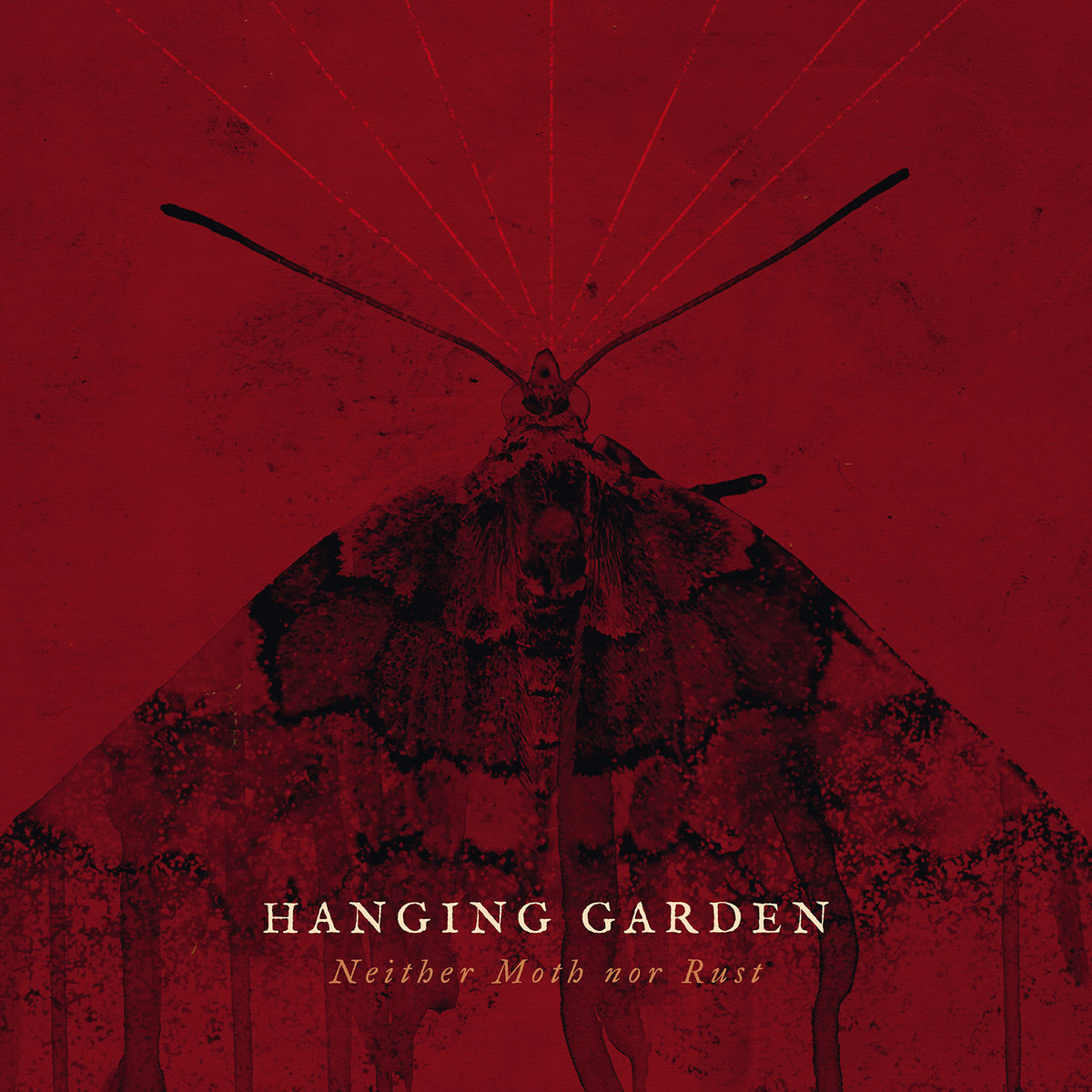 Neither Moth Nor Rust
by Hanging Garden

Hanging Garden’s transformation in recent years into a band that explored just as many alternative and gothic rock textures as their death/doom origins has remained incredibly appealing, as they’ve been on an upward trajectory with Into That Good Night and Skeleton Lake.  The balance of beautiful and soft textures with dark and heavy moments has been infectious, and the addition of Riikka Hatakka as a permanent member changed the vocal dynamic significantly.  Despite Skeleton Lake not even being a year old at this point, Hanging Garden has put together new material in the form of an EP titled Neither Moth Nor Rust, which finds them showcasing both the mellow and heavy side of their sound alongside some experimentation.  While not every element proves to be a success, there’s still plenty here to draw in those that have enjoyed their previous full lengths.

The first two songs on the EP feel like a perfect representation of the sound that Hanging Garden has refined over the last few years, as they deliver warm and inviting melodies that have a gothic tone to them and transition over to some heavier metallic tones that fall somewhere between melodic death/doom and gothic metal.  As someone that’s loved this direction of the band, this immediately drew me in and the keyboard work on “The Last Dance” has a lighter and playful vibe to it that meshes well with the heavier distortion coming from the guitar and bass.  It’s not a drastic change from Skeleton Lake, but the moments of softer reflection and huge choruses still has quite a bit of staying power.  From there Neither Moth Nor Rust switches things up and experiments with some different elements, resulting in some additional noteworthy moments and some ones that don’t quite work.  “And Leave All Love Behind” showcases Hanging Garden at their softest, letting a dreamy and almost progressive rock leaning melody build slowly until it reaches a soaring climax.  From there things are a bit of a mixed bag, as while “The Raven Portrait” is a decent enough piano interlude it feels misplaced right after another softer song and the electronic remix of “Fields of Reeds” doesn’t stand out too much from the original version.  I can appreciate the band’s attempt to branch out and try out some different things, especially with something like a poppy electronic take on a previous song, but it doesn’t quite have the same staying power and impact as their core sound.

Since Riikka Hatakkajoined as a full-time member and brought the number of members contributing vocals up to three, Hanging Garden has been able to deliver singing that seemed to soar into the clouds alongside the rawer screams and growls death/doom is known for.  You still get plenty of that on Neither Moth Nor Rust, but the first two songs showcase an even greater emphasis on the harsher side of the spectrum.  The title track and “The Last Dance” give quite a bit of airtime to those ear-piercing screams and lower growls, with the somber singing shaking things up in between.  There’s a little bit of experimentation here too, as “And Leave All Love Behind” focuses almost entirely on Riikka’s softer tone and has an ethereal quality that has kept me coming back to this particular track on a regular basis.

Don’t get me wrong, there are songs here that have some real staying power and I appreciate Hanging Garden’s rapid release pace and willingness to try different things.  But the second half doesn’t quite stack up in comparison to the first, and I found myself skipping past the remix on repeat listens.  For established fans the tree strong tracks are more than worth the price of entry, but newcomers are better off checking out the two most recent full lengths.  I would like to see the band explore more of that ethereal and subdued atmosphere from “And Leave All Love Behind” though, as that seems to fit well with their overall sound.  Neither Moth Nor Rust is available from Lifeforce Records.