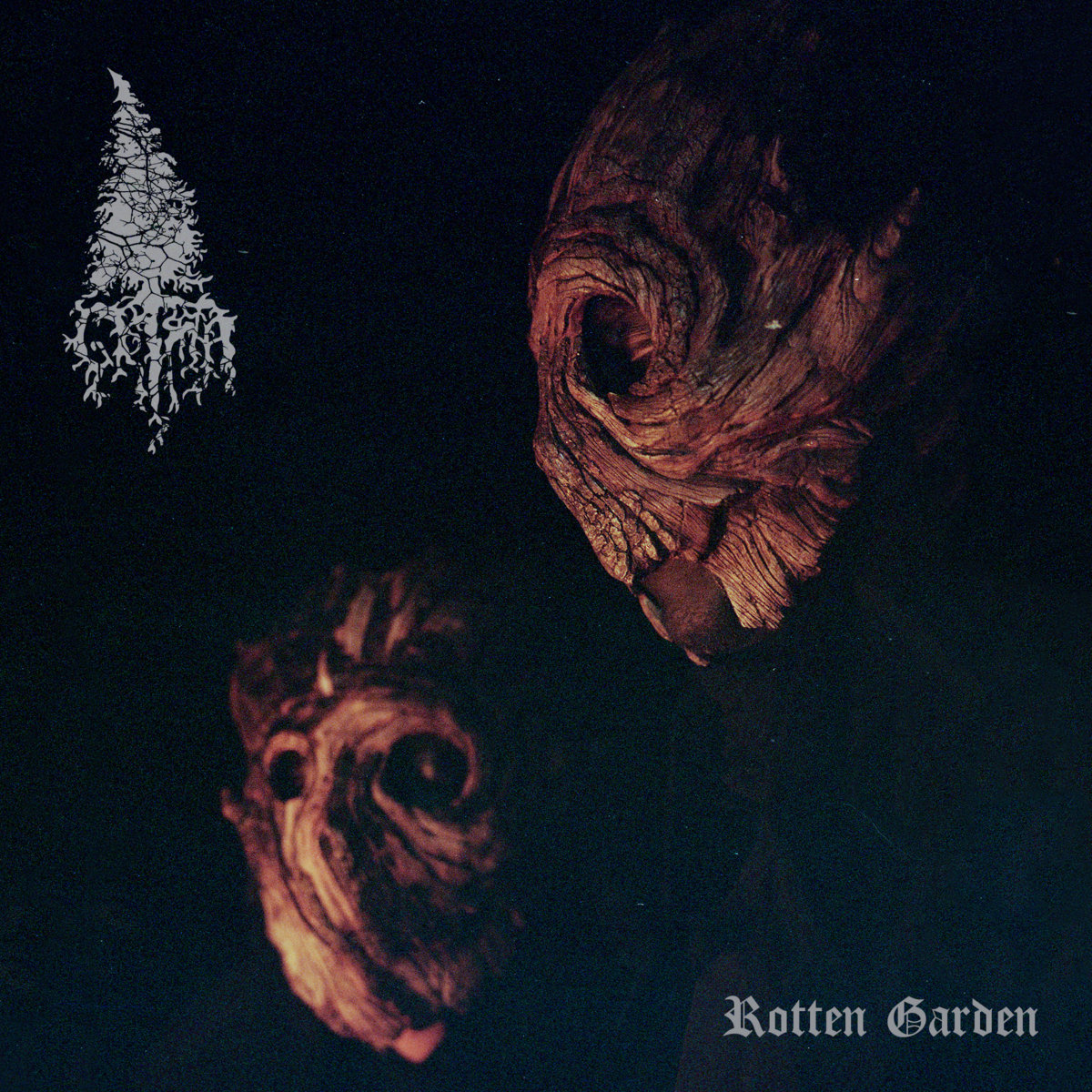 The Sysoev brothers are easily two of the busiest metal musicians in all of Russia, releasing material on an almost yearly basis with Ultar, Second to Sun, and Grima.  Where the first two have other people in their ranks, Grima has always been a solo endeavor where the brothers (going by Morbius and Vilhelm respectively) have employed session musicians for their vision on cold and majestic black metal that captures the atmosphere and wonder of the Siberian region.  Earlier efforts had a rough around the edges feel but in recent years the material has been polished to stunning levels with just the right balance of shimmering melodies and jagged tonality that could freeze your bones.  This year’s Rotten Garden full-length, the band’s fourth to date, continues along the same path as its predecessors but once again offers some truly breathtaking moments for listeners to discover.

Grima’s material has always been able to capture the beauty and harsher sides of the nature around them, and recent efforts have seamlessly balanced walls of abrasive and jagged riffing with haunting, majestic melodies that often brought in some hints of folk.  Rotten Garden hasn’t deviated significantly from this formula but does feel even more aggressive and dense for much of its run-time, letting immense layers tower over you even when the emphasis has shifted towards melody.  “Cedar and Owls” serves as a strong opening that’s likely to draw in newcomer and fans alike with an immediate blast of pounding drums and powerful guitar leads with icier synths weaving their way in and out of the dense layers.  There are some natural pauses around the halfway point where the layers recede and acoustic guitar transitions the material over to a slower, methodical approach that helps to break things up.  This is one of the elements I like the most about Grima, as they don’t just go full-blast the entire time and incorporate folk instrumentation on “At the Foot of the Red Mountains” and slow things down to an almost doom-like tempo on the title track.  Despite some familiar roots in symphonic and atmospheric black metal, the writing has twists and turns that keep things feeling fresh between the different tracks and it justifies some of the longer song lengths.  Admittedly despite the stunning peaks on some of the material it didn’t always reach the same heights as 2019’s Will of the Primordial, but there’s still more than enough substance that continues to elevate this band above some of the others out there.  Also worth mentioning is the inclusion of a re-recorded version of “Devotion to Lord” from their debut album of the same name, which benefits from the much fuller and warmer tones that give off even more mystique than the original.

The vocals consistently match the intensity of the instrumentation, coming through initially as a higher pitched scream that transitions over to some lower pitched growls as the songs progress.  Rotten Garden maintains a fine balance between the two elements, as the vocals are at the front of the mix but don’t overpower the nuances of the melodies or additional instrumentation that comes into play.  The low and high pitches are often used in conjunction and this makes for some truly menacing peaks that represent the fury of nature.  While other bands that go for an atmospheric approach similar to Grima have incorporated singing and other elements, the emphasis here is entirely on harsh vocals but they’re delivered in a way that consistently feels dynamic.

This duo has refined their ideas considerably over the last few years, and while Rotten Garden may not truly reinvent any element of Grima’s material the hooks remain as strong as ever.  I do find that Will of the Primordial still stands out just a bit more, but the folk leanings and combination of warm and inviting tonality with abrasive, bone chilling riffs remains just as enticing and deserves your attention.  It remains to be seen where these guys will go next, but whether they shake things up or not it’s clear they understand the core elements of this type of black metal.  Rotten Garden is available from Naturmacht Productions.