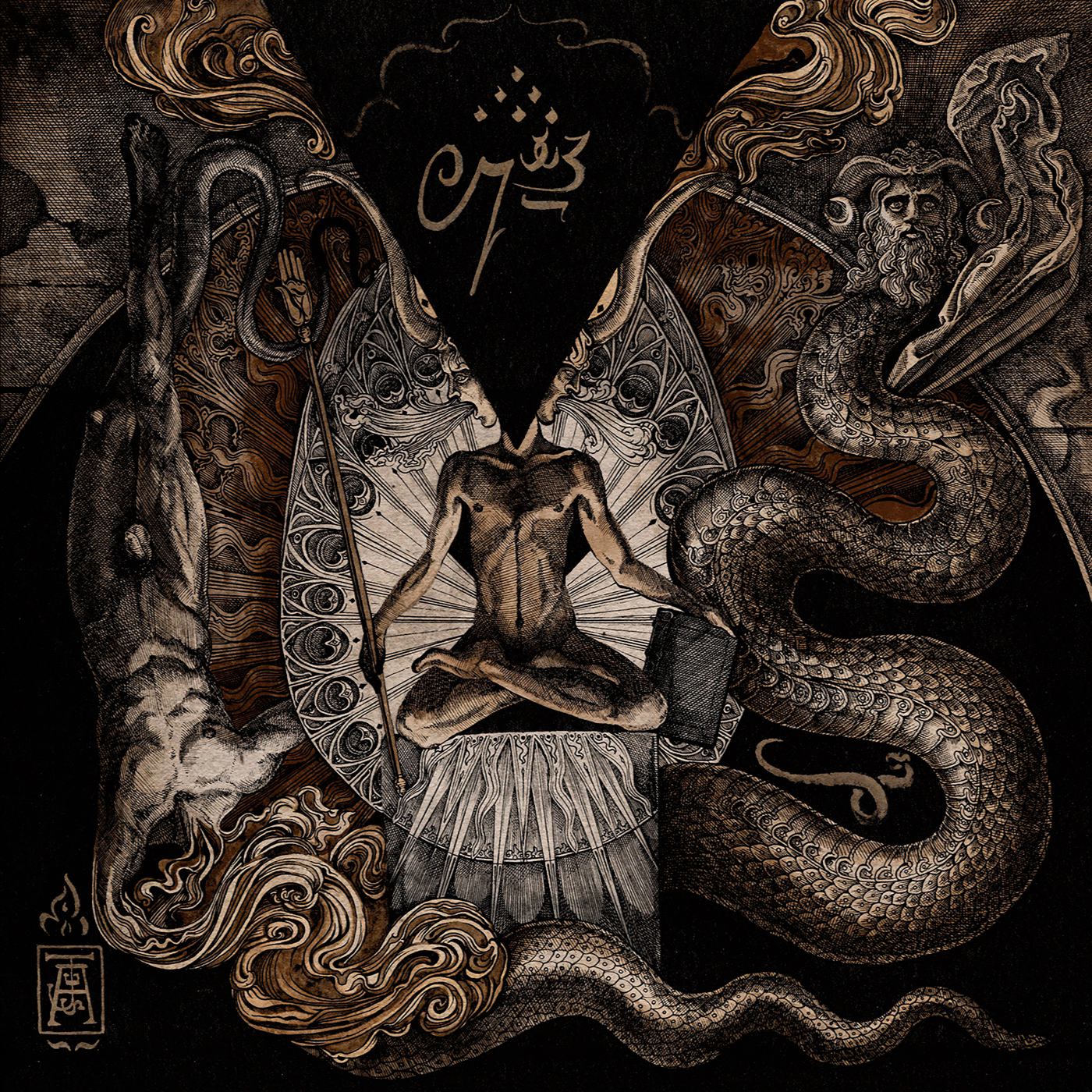 Gnosis Kardias (Of Transcension and Involution)
by Inferno

The Pitch: Czech black metal cult Inferno returns to us via W.T.C. Productions for a winding journey that could end up being this year's Triangle or मृत्यु का तापसी अनुध्यान.  FFO Schammasch, Cult of Fire, Misþyrming

What I Like: I had not heard Inferno's previous works, so I took a walk back to their last album while I was exploring the new one.  Gnosis Kardias (Of Transcension and Involution) represents a large leap forward.  Production has improved, and the compositions are more complex and layered.  There is a seemingly effortless balance of doom-laden black metal riffs and vocals, creepy soundscapes reminiscent of both Skinny Puppy and Emptiness, and proggy grooves.  And although tracks average around 8 minutes, they do an excellent job of justifying these runtimes with movements that are continuously changing and maturing.  This is another album I could just as easily bring to a yoga session as jam in my room at night.

What I Don't Like: While I enjoy the dreamlike wispiness of this album, it can sometimes drift a little too much.  I'd like to hear a few more punctuated aggressive moments, as with the beginning of "Ω ] 1 (Oscillation in Timelessness)"  Also, the vocals could be a little louder.

The Verdict: A stunning union of psychodelic, melodic meditation and ravishing grimness.  Inferno is likely to show up on a few spotlight lists this year, and alongside Not For Music this is one of the most exemplary black metal fusions I have heard so far in 2017.