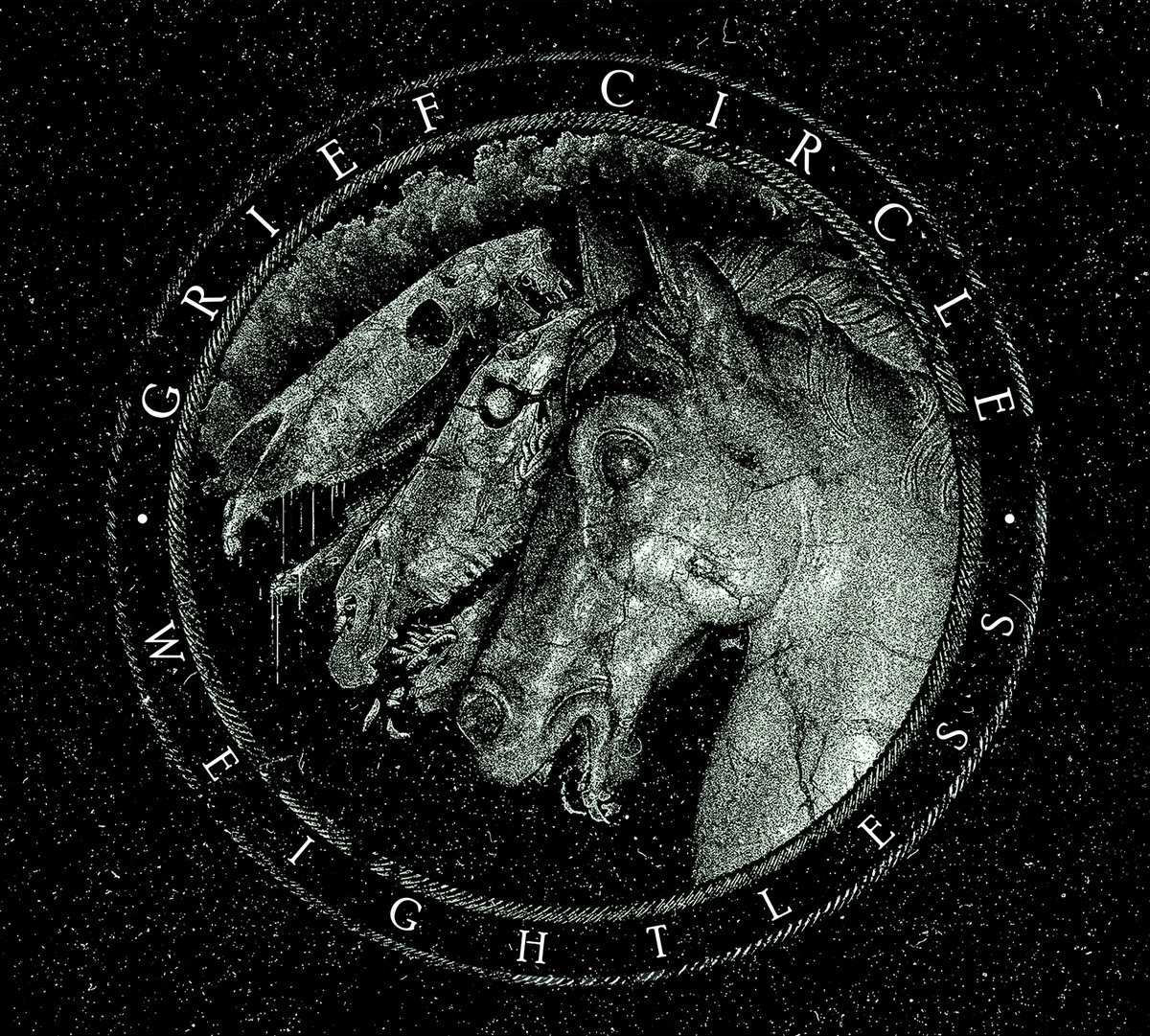 Back in 2021 I reviewed the third album from Polish post metal band Moanaa and found it to be one of the highlights of that year thanks to its compact and strong songwriting.  Imagine my surprise to discover that at some point in 2022 Moanaa had gone on an indefinite hold, with its members continuing on to a variety of other projects.  For singer Kvass, this means sticking within the realms of post metal and doom courtesy of Grief Circle.  Grief Circle formed in 2021 and finds Kvass joined by former members of Forge of Clouds and Voidsmoker, and while their debut Weightless is likely to draw some similarities to Moanaa it blends more stoner rock/metal, traditional doom, and even a little post grunge into a post metal foundation.  There is still room for the band to continue refining their sound and branching out even further, but they’ve arrived with a genuinely stunning debut.

The album may be named Weightless, but it certainly isn’t lacking weight when it comes to instrumentation.  Like a lot of other post metal and doom, Grief Circle lets their songs build slowly through layered melodies and lumbering grooves that explode into powerful riffs and destructive drums.  But how they get there differs on each song, and they take these familiar elements and push outwards towards a wide range of styles that form a genuinely entrancing soundscape.  Rather than having post rock textures during their softer moments, the melodies on Weightless give off more of a stoner/desert rock tone that provides a warm and inviting tone.  This provides a nice contrast with the crushingly heavy passages that fall somewhere between sludge and post metal, and even with song lengths pushing into the eight- and nine-minute mark Grief Circle is able to keep things interesting.  Each of the six tracks has plenty to offer listeners but “Hollow” might just be my favorite, as it explores spacey melodies and crushing riffs that find that sweet spot between metal and rock.  There is opportunity for the group to continue branching off given their already wide range of influences, but the strength of the melodies and crushing peaks showcases just how strong these guys already are.

Kvass’ vocal style on Weightless has some similarities to his work with Moanaa, but he’s gone for an even deeper scream/growl and experiments with some different clean pitches that make Grief Circle distinguishable.  Opener “Cursed” gives you a good idea of what to expect with very full growls that tower over the recording and softer singing that has an almost chanted feel.  Later in the album there are some gruffer singing pitches that have more of a grunge/post grunge vibe to them, and while Kvass has showcased this at times with Moanaa it feels better suited to Grief Circle’s sound.  The vocals add additional emotional weight and grit to the material without overwhelming it, and that leaves a lasting impression.

It’s clear that the members of Grief Circle took their experience from their previous bands and came to the table with a fully formed vision of post metal, doom, and everything in between.  I’m still curious to see where else they can take it, especially when it comes to the hints of stoner and desert rock that pop up during the softer sections, but the material has depth that has kept me returning since first hitting play.  Strap in for the ride and let Weightless take you on an entrancing ride filled with crushing peaks and shimmering melodies.