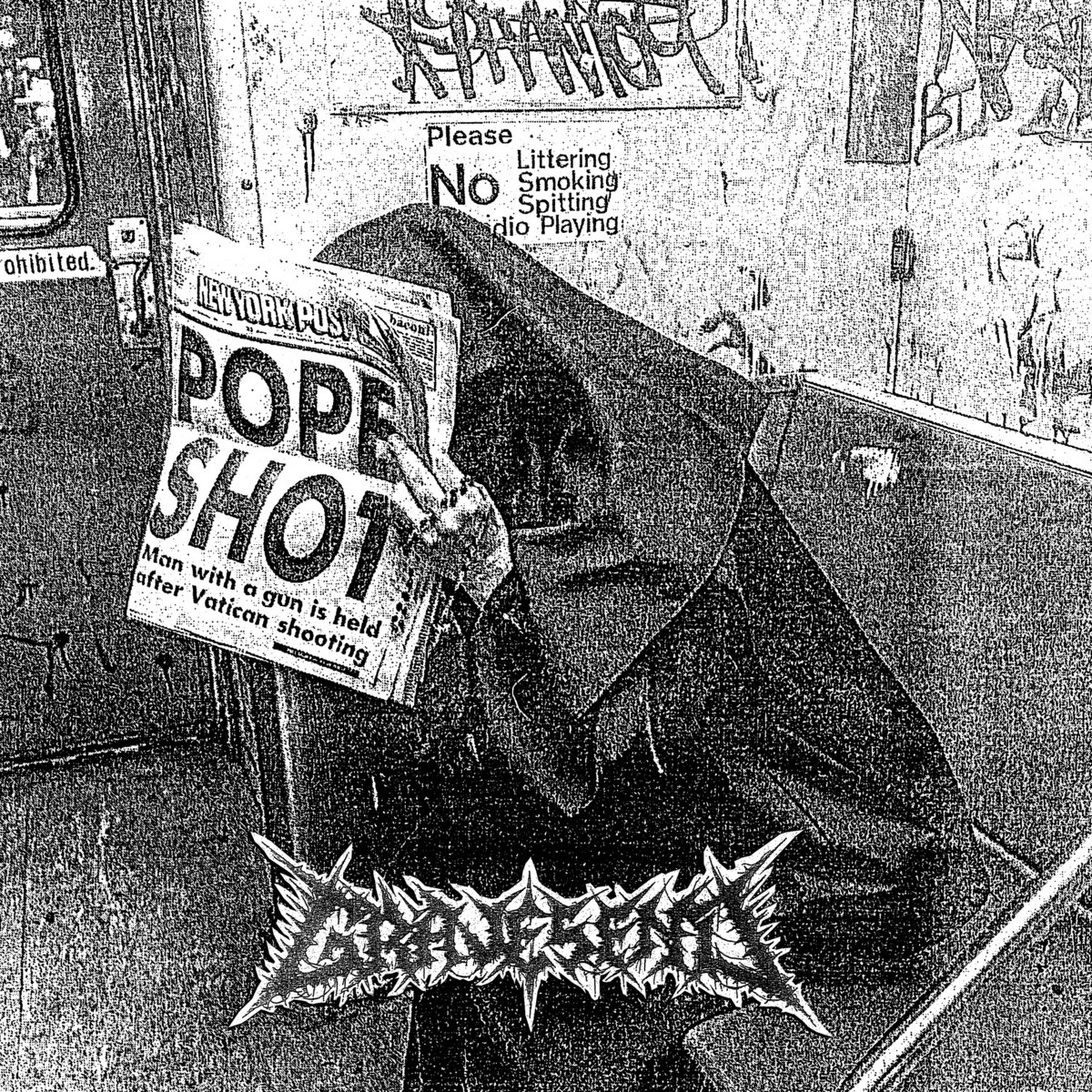 Methods of Human Disposal
by Gravesend

Gravesend seemed to materialize out of thin air last year, but they made a strong first impression with the fourteen-minute Preparations for Human Disposal demo that continuously pummeled listeners with black/death metal and grind bordering on what sometimes gets categorized as war metal.  While the only thing known about the band is that they’re based in New York, their material has showcased a precision that suggests they’ve been a part of other groups and have some experience backing this weaponized form of metal.  It seems appropriate then that this year’s full-length Methods of Human Disposal refines the attack further with an even denser recording and sound clips that break up the onslaught.  Although the tools Gravesend utilizes throughout this album are familiar, it’s able to bludgeon and batter listeners like some of the better in the genre.

At under half an hour in length, Methods of Human Disposal torches everything in its path without overstaying its welcome.  The first two songs don’t launch directly into the blast beats and grind influences as you might expect though, as “Fear City” has creepy, unsettling synths and some sound clips driving things forward while “STH-10” lets the instrumentals build up through a lurching, methodical cadence that sounds like its sending listeners off to war.  From that point on the instrumentals rarely let up, moving between black metal, death metal, and even grind in a way that brings Canadian bands like Revenge and Axis of Advance to mind.  It’s the type of metal that seeks to bruise you from the first note and even when things slow down there’s still so much force and weight behind the instrumentation that it feels like it can level buildings.  One of the main differences that sets Gravesend apart from the horde of other bands attempting to channel this same type of violence and all-out war is the precision behind their writing, as they avoid the sloppier and on the verge of collapsing sound that a lot of the lesser acts have.  Aside from the intro track and “Eye For an Eye” which brings in power electronics, this is a mix of mid-tempo and sheer speed from beginning to end and while there are some songs that blur together the compact nature of the album prevents the material from losing any impact.

What has made Revenge and the more extreme variants of black and death metal stand out over the years is how over the top their vocals are, and Gravesend doesn’t disappoint in this regard.  The title track is the first taste you get of the raspy screams, but by the next track there are some pitch shifted growls that add to the ugliness of the material.  It’s not quite as inhuman and insane sounding as James Read, but there are some pitches throughout Methods of Human Disposal that come really close.  There’s just the right amount of separation between the vocals and instrumentals, allowing them to come through the mix like a dagger to the throat rather than getting drowned out by everything else.  As mentioned earlier, there are a few sound clips in the mix that add to the grittiness of the recording and this is an element that I could see the band utilizing even further as they progress.

Gravesend captures the filth and violence that black/death metal and grindcore have often been able to channel, and while they still have an approach to their songwriting that’s familiar I’ll take what they have to offer over the average “goat” or “war” metal band any day.  It’s hard to match up to the blitzkrieg that the Canadian groups of this style pioneered to some degree, but these guys are up there.  I’d be interested to see if they add in a bit more synths and power electronics, as that could further distinguish their music in the future, but there’s no denying in less than a year Gravesend has already achieved a considerable amount.  Methods of Human Disposal is available from 20 Buck Spin.