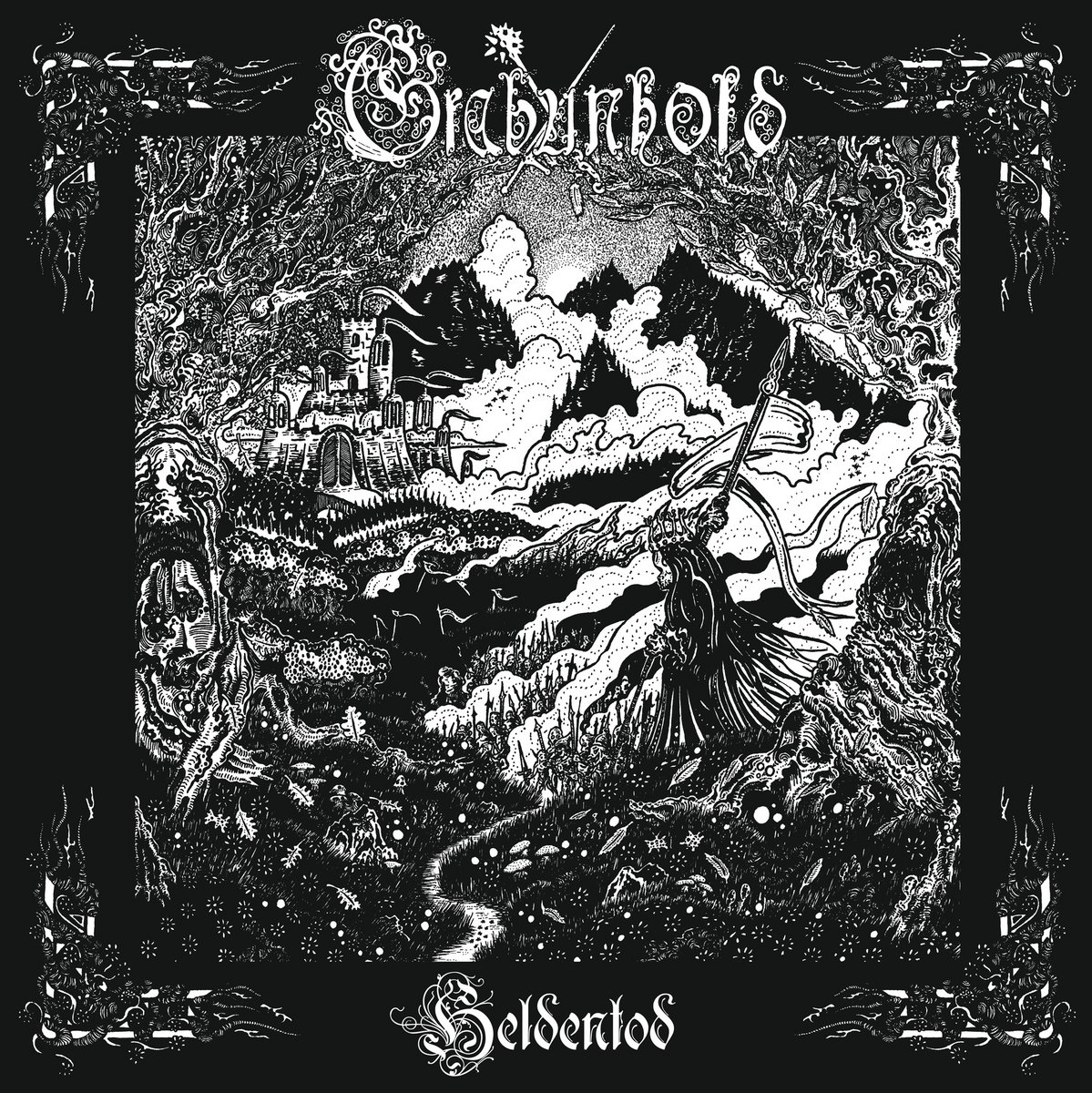 Grabunhold is one of those black metal bands that makes an immediate impression due to how they bring a feeling of times long past and combine it with a production that’s just clear enough for the details to shine through.  Formed in 2016, the German group has oriented themselves towards black metal that had a medieval and fantasy flair to it alongside some of the usual second-wave trappings, and on their debut full length Heldentod they have taken things to the next level with even more triumphant melodies and a powerful sound.  Where a lot of bands of this type have opted for raw and murky production values that bring that early 90s aesthetic with it, Grabunhold has captured the substance of these early genre days while bringing forth a bit more clarity that allows the finer details of each song to truly flourish.

Building upon the base that was established on 2019’s Unter dem Banner der Toten, it’s clear that Grabunhold has really worked to push every aspect of their songwriting to the next level.  There are still plenty of abrasive riffs and moments that have the icier tonality of the second-wave to them, but the songs build in ways that lead to powerful climaxes that feel like they’re sending you off to a battle with soaring melodies that bring in some medieval and pagan influences.  It’s reminiscent of Satyricon circa Dark Medieval Times or earlier Graveland, but Heldentod retains a feeling of its own thanks to how the material is able to provide twists and turns that provide for a more fluid listen than is typical for black metal of this type.  The nine-minute opener “Wolkenbruch über Amon Sul” is a great early example of this, as it starts off with the sound of a thunderstorm and acoustic guitars but transitions into a whirlwind of chaotic melodies and jagged edges that give off a hint of Negative Plane and Funereal Presence at times.  On some of the shorter tracks Grabunhold does settle into a more traditional cadence, but the way they balance these triumphant sounding melodies with the aggressive foundation proves to be enticing from beginning to end.  Although there are a few sections that utilize a similar approach, the number of standout passages outweigh it and the album is helped by a production that provides a bit of clarity and polish while not softening the blow of the instrumentation.

The vocals are another area where Heldentod showcases a bit more variety than is typical for this type of black metal.  Initially listeners are met with very frantic and abrasive screams, but there are a wide range of spoken word and sung passages that contribute significantly to the atmosphere.  One of the best examples of this is on “Morgenröte am Pelennor” where the vocals start off as a raspier scream/growl, later transitioning into a choral hymn that sounds like warriors summoning the start of a siege.  The lighter flourishes really help to not only make Grabunhold’s approach more dynamic, but it captures that same type of old-world feel that made a lot of the 90s black metal albums have such lasting appeal.

While their approach to black metal still pays tribute to some familiar influences, Grabunhold has incorporated even more melody and the fullness of the recording makes their debut feel even more expansive and entrancing as a result.  The fine balance between the rawer edges and soaring climaxes pays off and teleports you to times long past with its triumphant yet tense atmosphere, capturing the medieval and fantasy elements in ways that will keep listeners coming back.  There are still a few moments that blend together, but as a whole this is another early highlight of 2021 and showcases a considerable amount of growth in a short time span.  Heldentod is available from Iron Bonehead Productions.