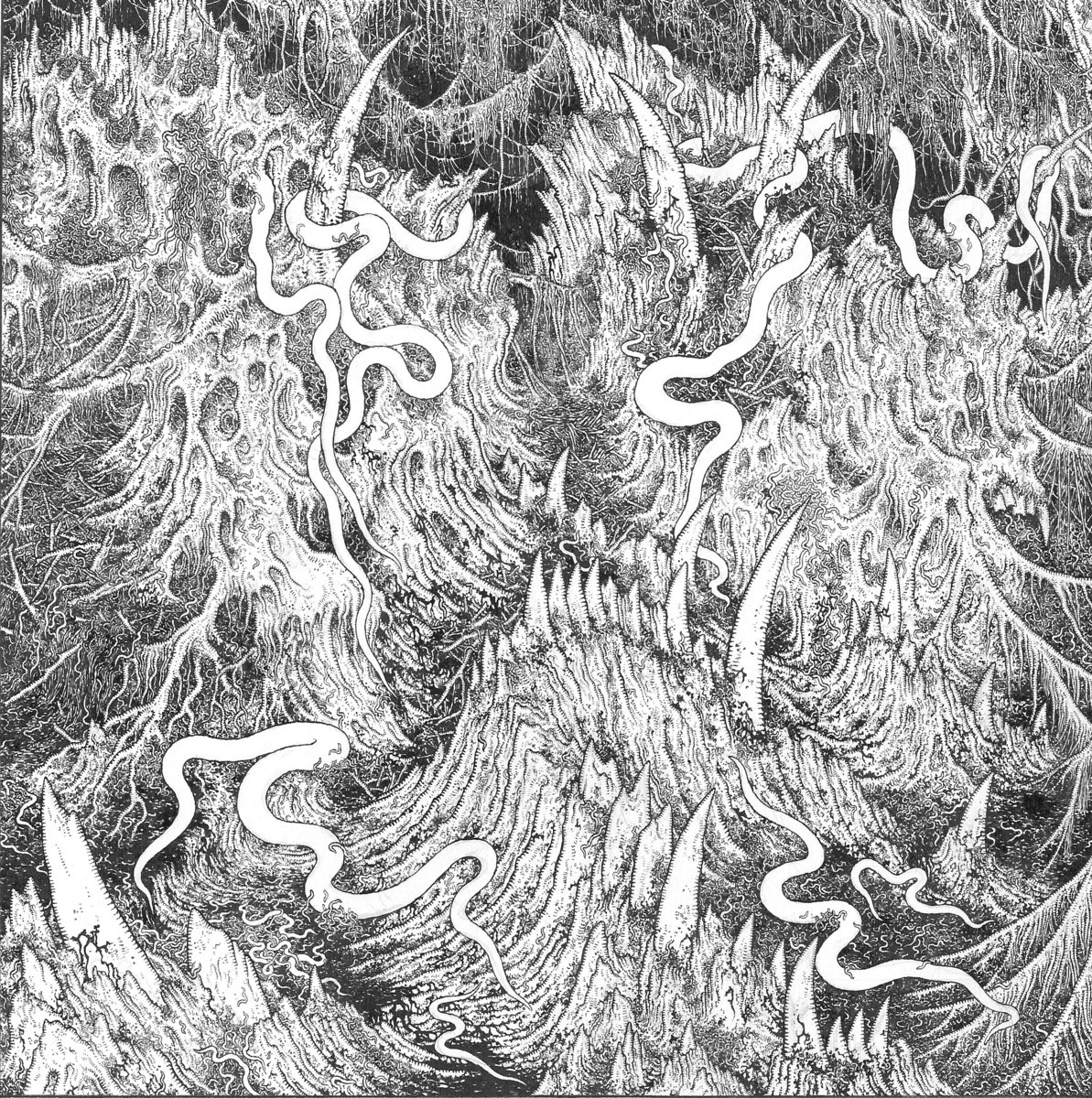 The almighty split continues to be a great way to consume death metal from new and established bands, and this is exactly what Gosudar and Malignant Altar have to offer on their split release.  Both groups formed in 2018 and put out a debut in 2021, though Malignant Altar arguably got a bit more traction thanks to the distribution power of Dark Descent Records.  With this being an international meeting of bands (Gosudar hails from Russia and Malignant Altar is from the US), the two complement each other well and make for a worthy listen that might have passed some people by in the middle of December.

I have to admit that I was unfamiliar with Gosudar prior to this split, though I’ve seen praise for their 2021 debut Morbid Despotic Ritual in other blogs and those that pay attention to a lot of underground death metal.  For their two contributions to this split the group has taken the ambitious route and written their longest tracks to date, coming in at ten and seven minutes respectively.  This gives them the opportunity to really flex their songwriting muscles and offer plenty of twists and turns over these lengths, moving from mid-tempo grooves to faster blasting with ease.  It’s an appealing mixture that has just the right amount of murky atmosphere and brute force, and the way the rhythms seem to ebb and flow had me head banging along almost the entire time.  Gosudar’s mid-tempo and hints of death/doom remind me of Mortiferum and Sedimentum at times, as there’s a similar sense of controlled chaos to the grooves as the riffs seem to churn like a dense fog.  The flow works well and the group manages to justify their track lengths, offering plenty of memorable passages and avoiding stretching their ideas to the point of repetition.  Gosudar’s vocals skew towards lower growls that boom over the recording with just the right amount of echo, adding to the murky and grimier tone that the rest of the band provides.  It’s a strong showing and one that ended up hooking me more than I was initially expecting, so diving into Morbid Despotic Ritual is definitely on my agenda.

Malignant Altar’s 2021 debut Realms of Exquisite Morbidity was a quick burst of grimy and unrelenting death metal that left a lasting impression, so I was excited to hear more material from the Texas based band.  Unfortunately, it appears that these two tracks are their last as the group broke up around the end of the year, but they remain just as consistent with one original piece and a cover of Imprecation’s “The Awakening of the Majestic Darkness”.  The original track “Malfeasance” feels like a natural complement to both their album and Gosudar’s half of the split, moving from some doomier passages into blasting that feels like it can take your face right off.  Malignant Altar once again brings a filthy tonality with them that makes the riffs that much denser, and they throw in some creepier melodies around the halfway point that stand out.  As for the Imprecation cover, it works well with their filthier and heavier tone and throws the original 1993 track into the modern death metal landscape in a way that does it justice.  On the vocal side you get a mix of lower growls and higher shrieks that feel just as grimy as the rest of the band, and they add even more weight to an already heavy sounding recording.  Admittedly despite the strength of these two pieces it doesn’t quite reach the same heights as Gosudar’s side, but there’s plenty here for death metal fans to appreciate.

I went into this split expecting more quality death metal from Malignant Altar and curious about Gosudar and came away very impressed by Gosudar’s twisting and turning blend of atmosphere and bludgeoning riffs.  Both groups provide strong contributions though, and while it doesn’t quite reach the upper echelon of death metal from 2022 this material comes pretty damn close.  Knowing that Malignant Altar broke up around the time of release makes me wish they had at least a track more on display, but it still serves as a good way for them to finish off strong.  Split is available from Rotted Life Records and Me Saco Un Ojo Records.