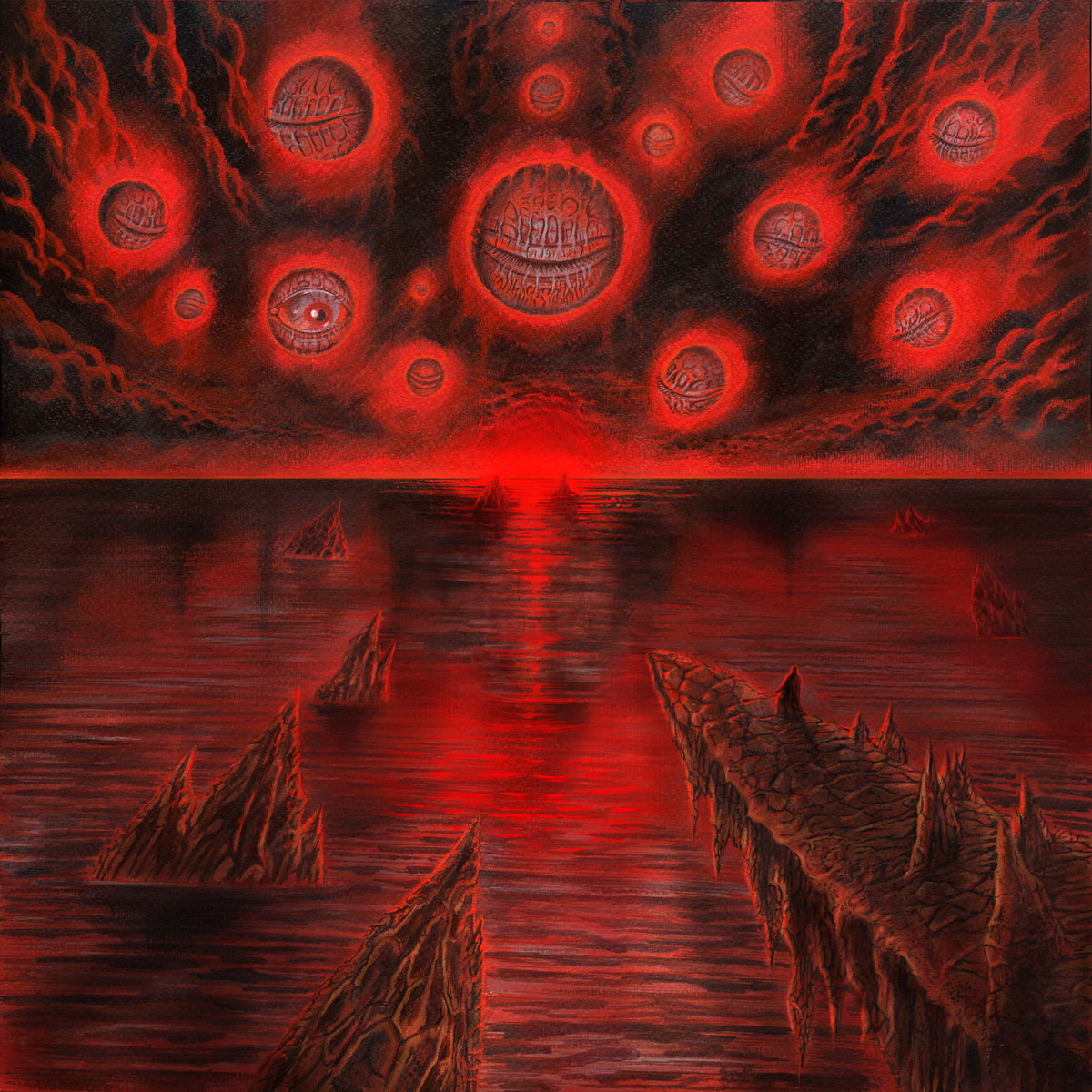 GOREPHILIA Return Triumphant With IN THE EYE OF NOTHING

In the Eye of Nothing
by Gorephilia

Finland’s Gorephilia has had a knack for capturing the old-school spirit and rawness of earlier death metal since 2006, but rather than channeling the earlier sound of their country’s take on the genre they’ve always come through with a bit more American influence.  They’ve done the style justice though, taking notes from Morbid Angel but avoiding coming across like a mere clone on 2012’s Embodiment of Death and 2017’s Severed Monolith.  Since the release of the latter, vocalist Nemesis tragically passed away leaving a void that many wondered if Gorephilia would be able to fill.  Fast forward to this year and the resulting effort In the Eye of Nothing finds the band continuing to do what they do best, with guitarist Jukka Aho stepping into the vocal role.  It’s another strong showing filled with just the right amount of blasting and dark, sinister atmosphere, ensuring that this type of death metal never loses its appeal.

If you’ve spent time with the group’s previous material, one of the first things that will stand out about In the Eye of Nothing is the increased clarity of the recording.  While there’s still a considerable amount of weight and a darker tone to Gorephilia’s sound, this time around they’ve traded in some of the murkiness and rawer qualities for more separation between instruments and as a result it’s easier to focus on each one.  It gives the album a slightly more modern sheen than their previous output, but the bottom heaviness and power emanating from each song makes this just as appealing of an approach.  When it comes to the songwriting Gorephilia is still doing what they do best, channeling equal amounts of denser blasting that seeks to level everything in its path with sheer destructiveness and slower moments where the guitar, bass, and drums lurch forward as if they’re drenched in sludge and grime.  These slower passages allow the dark and foreboding atmosphere to build to truly dense levels, and songs like “Perpetual Procession” and “Ark of the Undecipherable” slow things down so much that the band seems to be channeling some of the earlier death/doom bands with their deliberate pacing.  Admittedly with the way the material is structured between these tempo shifts the approach does start to feel familiar by the end of the album and some of the songs blur together, but In the Eye of Nothing remains a consistently dark and bludgeoning listen that has plenty of appeal.

Jukka Aho has primarily been known for his guitar work with both Gorephilia and Krypts in the past, but he steps up to the vocal position with ease.  His overall approach may not be quite as low-pitched and guttural as Nemesis, but the way his growls hang over top of the recording contributes significantly to the amount of atmosphere.  In addition to low growls you’ve also got higher screams that shake up the performance and keep it from feeling one-dimensional, and the added range works to the band’s advantage throughout the course of In the Eye of Nothing.  It’s also worth mentioning that thanks to the increased separation in the mix the vocals are front and center and gain a larger than life presence.  This is exactly the type of performance that death metal fans want, and while Aho had big shoes to fill he’s managed to do so.

This year has brought so much quality death metal, and Gorephilia’s latest release is another album that can be added to that list.  With some tweaks to their sound that make the material just as bludgeoning and bottom heavy as before while allowing the sinister atmosphere to breathe and reach even greater heights, the writing remains consistent from beginning to end and will have fans hooked.  Even though some moments blur together slightly, when the guitar work reaches its peak these guys come close to the classics of death metal and death/doom.  When it comes to Finnish death metal in 2020 Lantern’s latest edges this out just slightly for me, but both albums deserve your attention and show that the current generation is just as exciting as the old guard.  In the Eye of Nothing is available from Dark Descent Records and Me Saco un Ojo Records.