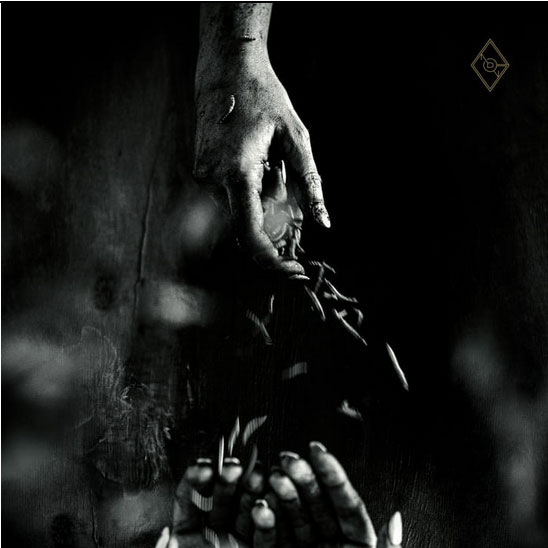 Poland continues to play host to some of the most diverse and intriguing metal out there, with many bands taking their respective sub-genres in unexpected areas.  One of the longer running groups in the country to do this is Non Opus Dei, which founder Klimorh has kept going strong since 1997 despite several lineup shifts over the past two decades.  This year’s Głód comes five years after its predecessor and continues to push the sound in varying directions, with the emphasis coming on eerie, ritualistic interludes and longer sprawling songwriting that emphasizes methodical rhythms over the usual blasting.  It does run into some repetition due to the way the album is constructed, but the atmosphere and rhythms still find a way to get stuck in your head and bring you back for more.

Głód kicks things off with an intro track that has Hekte Zaren (Adaestuo) delivering chanted verses that have a haunting and almost otherworldly presence, which leads immediately into a dense wall of sound on “Po jałowej ziemi”.  It’s a great way to start off the album as it lulls you into thinking that the material is going to stick with this softer, creepy build-up for longer and then it jolts you to attention with much harsher instrumentation.  With the exception of “Diabeł posiał głód” the album is anchored around longer songs that span between eight and ten minutes, with ominous interludes that give off a mystical and mysterious tone filling in the spaces.  What makes Non Opus Dei different from so many other black metal bands is the way these songs are constructed, as they blast and bludgeon but do so in a rhythmic fashion at a slower tempo than one might initially expect.  There’s a good deal of groove to each piece that gives off hints of death metal and doom alongside the black metal tonality and atmosphere, and while some elements do resemble Diabel the two branch off enough to feel different as a whole.  It’s methodical with how the layers repeat and build over time, and Non Opus Dei is able to draw you in with atmospherics just as much as they do with their harsh and biting riffing.  The repetition does hold the album back a bit, as some of the longest tracks do have sections that blur together a bit and the interludes feel like they take up a bit too much of the overall run-time.  It does lessen the impact a bit, but even then I’ve still found myself coming back for more of the grooves and entrancing qualities Głód has to offer.

Klimorh’s vocal style is a higher pitched, raspy scream that adds to the abrasiveness of the music and consistently pulls you in.  With each additional listen what becomes clear is that the verses follow a similar cadence to the instrumentals, and rather than simply screaming over top of the material it feels like the vocal work is flowing outwards naturally alongside the rest of the band.  It’s a small nuance but it helps to make the performance stand out that much more and keep it from becoming repetitive since the overall range stays at about the same level for the majority of the album.  Hekte Zaren’s contributions are also worth mentioning again as her chants give off a ritualistic feel that proves to be just as bone chilling each time through.

While there are some similarities to its predecessor, the way that Non Opus Dei weaves together grooves and abrasive instrumentation on their latest effort still has a sound all of its own.  This is black metal with a methodical, mid-tempo pace that finds ways to get under your skin and moves towards some ritualistic, mystical directions.  There may be some moments that drag and the interludes take up a bit too much of the run-time, but this is still another strong showing from this long running group.  Głód is available from Pagan Records.