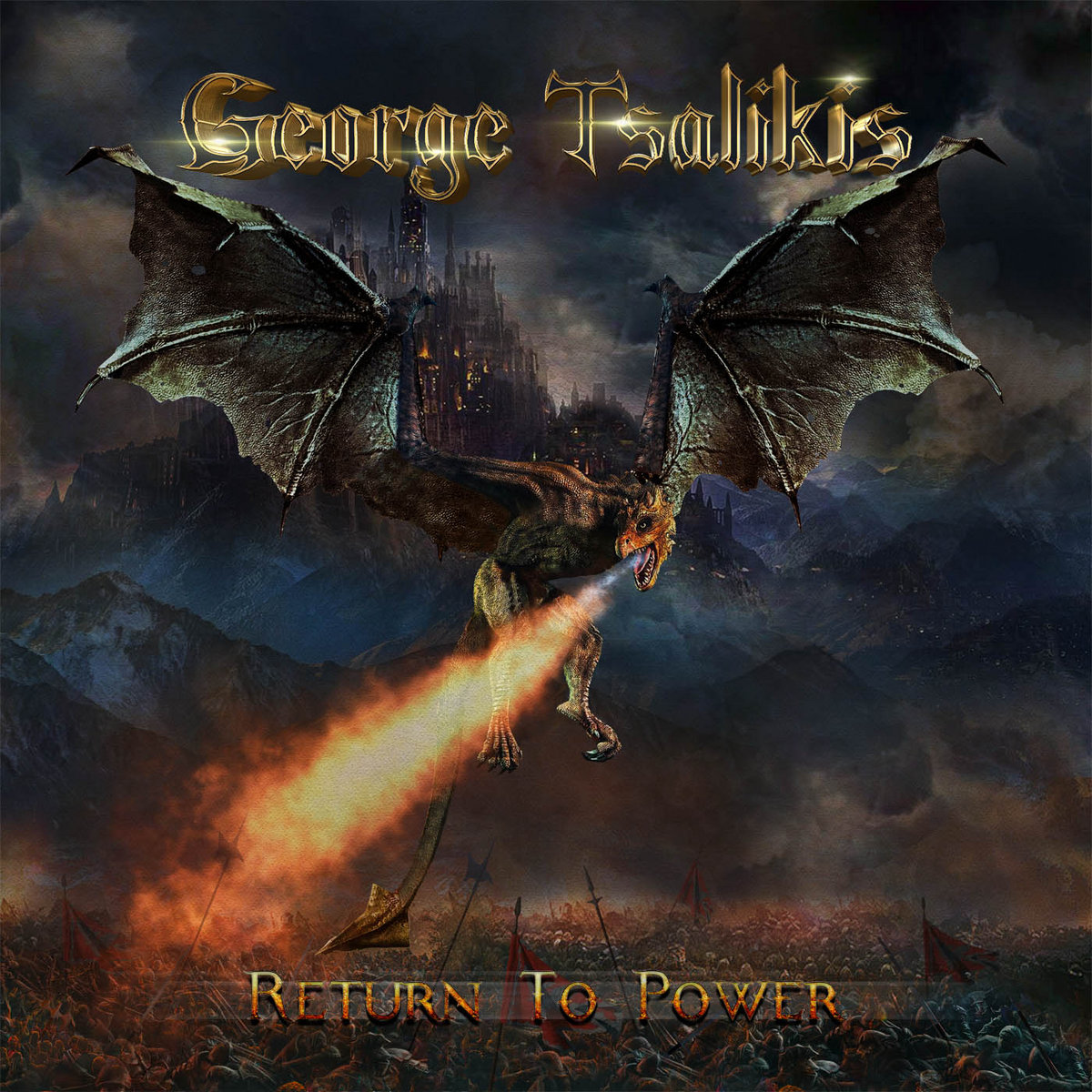 Return to Power
by George Tsalikis

Fans of US heavy and power metal may have heard George Tsalikis in some capacity, as he got his start fronting Gothic Knights near the beginning of their career and has also performed with bands like Zandelle and Overlorde.  In more recent years Tsalikis has gone the solo route and put out The Sacrifice back in 2016, a vampire themed concept album that featured Mike Paradine from Arctic Flame and drums and a slew of guest vocalists.  Close to four and a half years later, Tsalikis has returned with another solo effort titled Return to Power which finds him now working with Zandelle drummer Joe “Jofu” Cardillo.  While this album is a bit more straightforward than its predecessor, it finds Tsalikis capturing the essence of that classic 80s approach which results in material that stands out a bit more.

What’s immediately likeable about Return to Power is how it moves between a wide range of metal styles while still having a consistent flow from one track to the next.  Opener “Live to Ride” goes for a faster tempo that falls somewhere between speed and power metal, while others offer everything from mid-tempo gallops to slower ballads.  There’s a noticeably epic feel to many of the instrumental build-ups, and when compared to The Sacrifice the guitar and bass work come through sounding a bit more dynamic.  Although there are a few songs that have some rougher edges where particular riffs pop out a bit in an unnatural fashion, as a whole what Tsalikis has written is consistent and captures the epic feel and fantastical spirit of American power and heavy metal.  Songs like “Burden of Proof”, Together We Rise” and “In Memory” in particular stand out for me thanks to how well they balance the aggressive and melodic sides of the sound in order to provide some twists and turns.

With no guest vocalists this time around the focus is entirely on Tsalikis and what he can do with his vocal range.  If you’ve heard him before than you likely already knew that he’d deliver, but newcomers are likely to immediately be drawn in by the way he can hit both lower singing pitches and falsettos without losing any intensity in the process.  One of my favorite elements of Return to Power is how Tsalikis layers the vocals throughout the album, as many of the songs feature his various ranges harmonizing with each other on the choruses which results in quite a few that are likely to get stuck in your head.  Songs like the aforementioned “In Memory” find him going for a much softer and subdued approach during the ballad moments, and while there are definitely some cheesy lyrics on display that’s par for the course when it comes to power metal.

There are a few bumps in the road when listening to this material and some songs definitely stand out more than others, but the more dynamic feel when it comes to both the writing and production values makes George Tsalikis’ second solo effort grab me a lot more than what I’ve heard of The Sacrifice.  You can tell that Tsalikis put a lot into making this album, and whether you’ve listened to his performances with Zandelle or just want some heavy/power metal that nails that balance of melody and aggression this material is worth giving a listen.  Return to Power is available from Pure Steel Records.