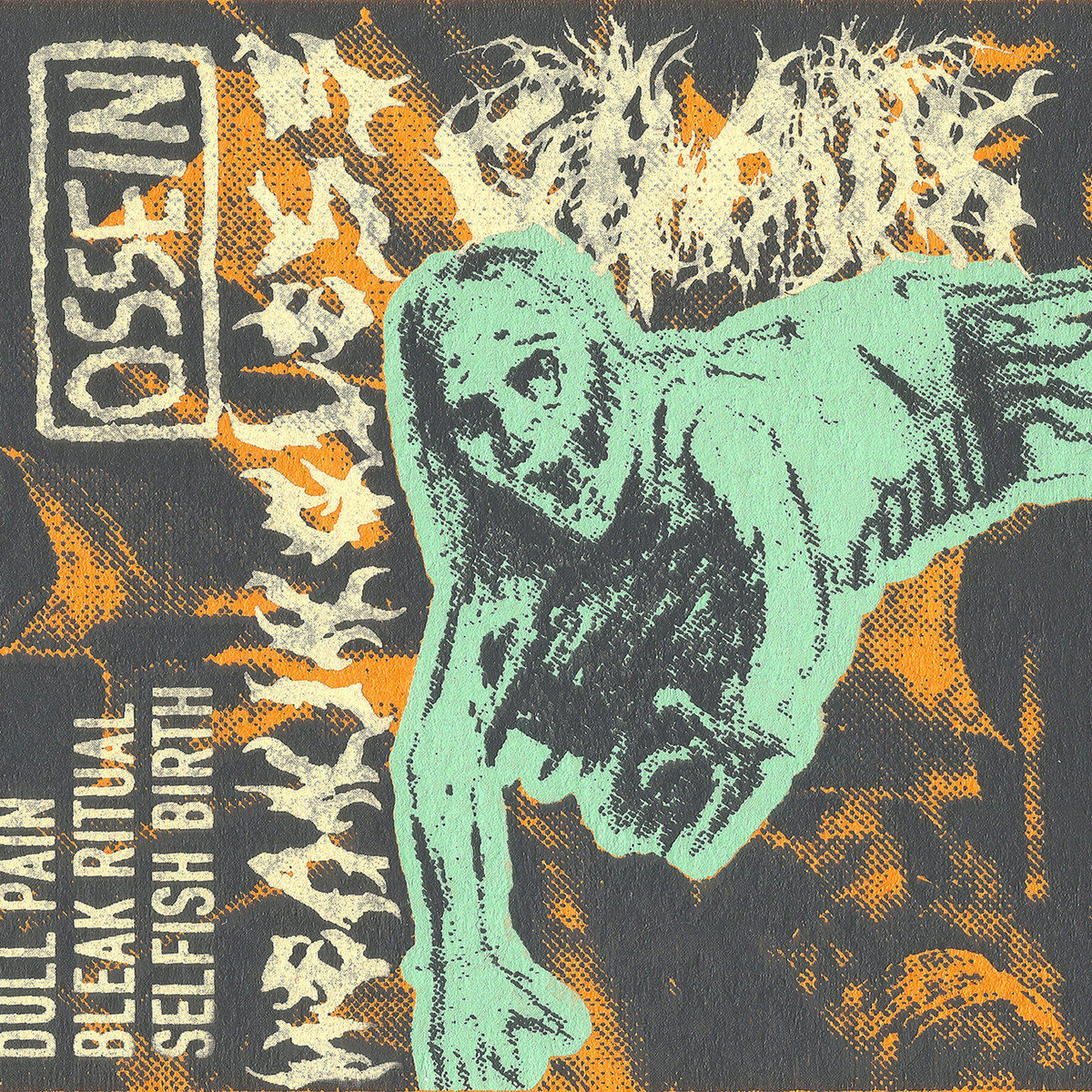 Shorter EP’s and splits tend to get passed up on reviewer schedules, and with hundreds of albums flooding inboxes every week it’s easy to see why the focus remains on longer releases.  But when a band like Richmond’s Gaawk come around with a five-and-a-half-minute burst of material that spans a lot of metal and punk sub-genres, it’s worth paying attention.  Their debut EP Meaningless splits this run-time over three tracks that cover everything from grind, powerviolence, death metal, and black metal, regularly shifting gears without committing to one element for too long.  It’s a strong opening statement that leaves room for further experimentation, but there’s already a lot to like about where Gaawk is heading.

What drew me to Meaningless was its ability to shapeshift between metal and punk, as this isn’t just a death metal EP with a punk edge or grind with an HM-2 pedal.  Instead, it feels like they live and breathe all of it in a way that allows for a crunchy death metal groove or dissonant black metal riff that leads into a powerviolence freak out without things feeling too disjointed.  Gaawk crams a lot of ideas into a one- or two-minute track, so it’s likely to take a few times through to unpack happening in each one, but they’re done in a way that maintains your interest.  “Bleak Ritual” starts off with jagged riffs and dissonance that sound like a cross between black metal and noise rock, only for the drums to take this squarely into grind territory a little way in, while “Selfish Birth” has a bit of a Cattle Decapitation vibe at some points.  It’s catchy and brutal consistently, and the slight pauses and darker atmosphere that come through have kept me coming back.  Gaawk is also helped by rock solid production values that allow the different elements to come through while still sounding as heavy as possible, something that you might not be anticipating for a short-form debut like this.  Admittedly despite the quality of the three songs on Meaningless, it does feel like this group is just scratching the surface of how far these different punk and metal styles can be chopped up and reconfigured, and I’d be curious where they choose to take it on a slightly longer effort.

The vocals are appropriately all over the place, hitting a wide range of styles in a very short period.  Take opener “Dull Pain” for example, which opens with higher pitched screams/yells that fall somewhere between grind and hardcore, brings in some lower gurgled growls/screams that have a bit of goregrind in them, and then ultimately transition over to some distorted and rumbly growls that sound straight off an Archgoat record.  And that’s only the first minute and a half!  From there you get some weirder pitches that have a bit more in common with Daughters, as well as extreme lows that remind me equally of Weekend Nachos and Agathocles.  As with the instrumentals, it’s a lot to take in and depending on your tastes there may be some sections that don’t click, but I appreciate how wide a range of extremity Gaawk captured.  Also worth mentioning are the short samples at the end of each track, which make it feel like you’re hearing this material in a late night fever dream where bad infomercials have come to life.

There are still plenty of familiar elements at work throughout Meaningless, but Gaawk is already starting to form them together in ways that stand out.  Despite the super-short run time, there’s plenty here for fans of grind, death metal, and everything in between to dive into and you may just find some of these riffs stuck in your head.  I think there’s still a lot of room for this band to take things even further and continue this Swiss Army knife approach in a way that truly sets them apart, but the fact that they’ve compelled me to write this much about a five-minute EP should tell you how strong of a foundation they’ve already built.  Meaningless is available from OSSEIN.