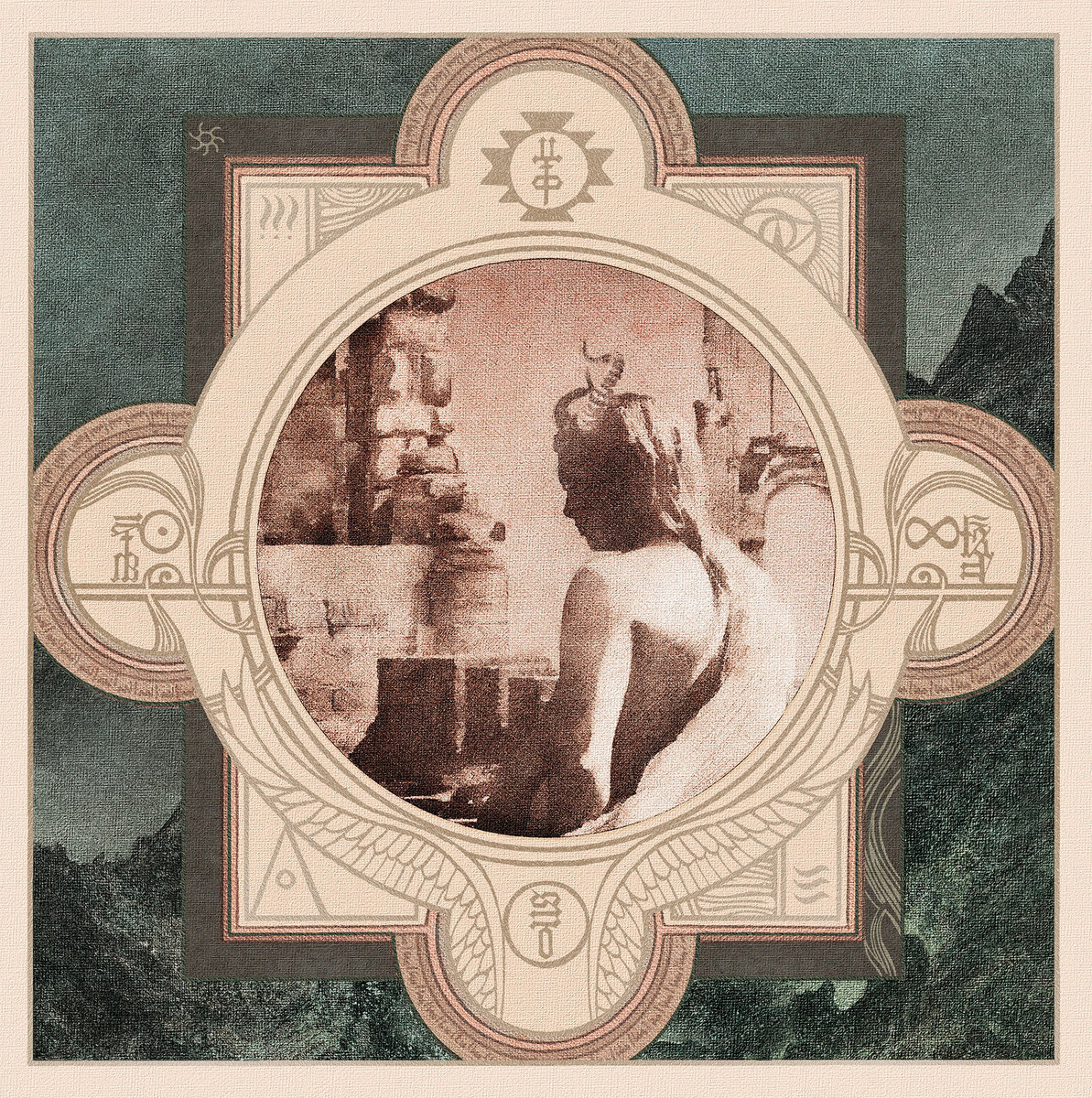 German black metal band Fyrnask has been focused on merging second-wave influences with folk and dark ambient elements from the very beginning, with founder Fynrd emphasizing ritualistic flows to the writing that made for some dense listens.  Where previous efforts have found Fyrnd handling all the music and lyrics with a live lineup in place, the promo material for this year’s VII – Kenoma specifically mentions that Fyrnask is a collective effort of Fyrnd, Alghol, Exord, Fhez, and Rune.  This expansion has allowed the band to further refine their mixture of haunting, ritualistic atmosphere and aggressive black metal to its most potent level yet.

Like its predecessors, VII – Kenoma is a dense album that is likely to take a few times through to fully get a feel for.  But what makes that effort so rewarding is how rich the instrumentation is, as the songs ebb and flow between calm, otherworldly atmosphere and blasting that feels like its channeling the fury of the earth itself.  This isn’t just the type of atmospheric black metal where the writing emphasizes a methodical build-up to one intense peak and then moves onto the next track either, as Fyrnask varies how and when it reaches these chaotic and violent moments depending on which song you’re on.   Compared to some of the band’s previous efforts, the softer, ominous moments that bring in elements of ritualistic dark ambient and some folk influences are integrated more seamlessly, as rather than being broken out separately they are woven directly into the longer tracks.  When the instrumentals are at their fastest and darkest, Fyrnask is able to channel just as much tension and power as many of the second-wave black metal bands, but they’re able to do just as much with restraint and dynamics.  Songs like “Sjóðandi blóð” perfectly demonstrate this with periods of sustained calmness where the rhythms move forward in a ritualistic fashion yet lull the listeners into a tranquil state until the next storm of harsher riffing rolls through.  Admittedly some of the individual components are likely to have some familiarity to them, but the material here creates some genuinely overwhelming atmosphere and is a more dynamic take on black metal that ensures tracks don’t get boring even at these longer spans of time.  Even the closing piece “Blótguð” where the band goes fully folk/ambient doesn’t come across as superfluous, ending the material with a sense of intrigue.

Fyrnd previously handled all the vocal work by himself, but this time around he is joined by Rune.  There was already a considerable amount of variation to the pitches on the last three releases, but with two members now handling vocals this allows for greater ranges and some truly haunting moments.  “Hrævaþefr” begins with softer whispers and cleaner tones that lead into raspier screams and shrieks after a longer build-up.  Fyrnd and Rune often alternate verses during some of the immense peaks, allowing their screams to reverberate off each other and reach genuinely destructive levels.  As with the instrumentation, there are a lot of smaller details to the vocal work that likely won’t jump out at listeners until they’ve spent some more time with the album, but after that first listen specific passages will likely stick with you.  My main critique here is that sometimes the vocals feel a bit too buried and start to get overwhelmed by the dense layers of instrumentation, which given just how much they have to offer seems like a bit of a misstep.

Fyrnask hasn’t significantly deviated from its ritualistic and dense approach, but the expanded lineup has allowed the band to refine its material to a razor-sharp level.  The ambient and softer passages are better integrated with the chaotic black metal, allowing for the songs to hit multiple peaks and stay interesting even as they crack the thirteen-minute mark.  Although this album does ask for some extended time from its audience to fully crack through the dense layers, the effort is worth it, and the balance of tranquility and violent eruptions make this release another highlight for me.  VII – Kenoma is available from Ván Records.