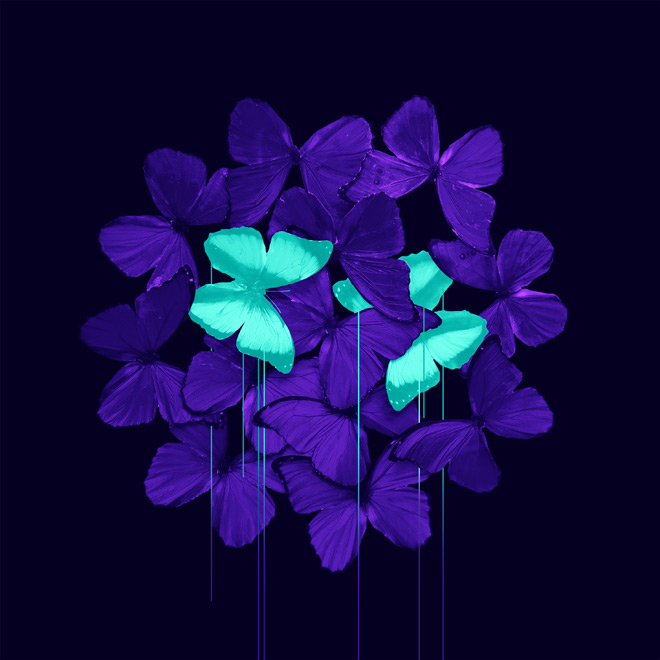 Fury by Failure
by Lightworker

San Francisco’s Lightworker joined the world of metalcore with the Resilience EP back in 2017, eventually attracting the attention of Solid State Records.  Given the amount of metalcore and post hardcore talent that label has helped lead to breakout success, being a part of their roster brings a certain set of expectations with it and thankfully with their debut full length Fury by Failure the band has been able to meet these.  Spread across ten tracks of heavier riffing, anthemic choruses, and surprisingly softer moments, Lightworker is reminiscent of the glory days of metalcore while still offering enough substance to remain relevant in this modern era.

What initially drew me to this band was opener “Empyre”, which starts off with the type of down-tuned, heavier chugs and high-flying leads that defined metalcore in the early 2000s.  It feels somewhere between peak Killswitch Engage and Trivium, with a little of the airier guitar work of post hardcore during the choruses, and that blend of styles brought an instant smile to my face.  “The Willing Martyr” follows this up with some of the heaviest instrumentation Lightworker has to offer, and it was a smart move on their part to start Fury by Failureoff with some of the most powerful and punchy riffs in their repertoire as it really grabs your attention.  From there the band starts to branch out a bit more, letting softer textures and soaring melodies take over for a little bit as they head into territory that borders post hardcore and even mid-2000’s alternative/hard rock.  There are a lot of hooks throughout this album, and these guys strike a fine balance between the brighter melodies and angry heavy riffing that keeps the songs from becoming repetitive.  Unlike a lot of the metalcore groups that spent all their time in the early to mid-2000s trying to out breakdown each other to the point of boredom, Lightworker’s focus on catchy choruses and flashier riff work that pulls in the metal side leaves an impression.  Admittedly the material does fall into a bit of a pattern by the end and there’s a lot to this album that reminds me heavily of other bands, but it’s done with more polish and hook-driven instrumentation than I’ve heard from this genre in a while.  The mellower side of the band’s sound seems ripe for expansion though, as when Lightworker pushes into full-on rock territory on songs like “Cholera” they stand out quite a bit and showcase some real crossover appeal.

Screaming goes with the territory, but you may be surprised to hear that Lightworker splits their vocals almost equally between screaming and singing.  This is another reason that the comparisons to Killswitch Engage and Trivium come to mind, as the choruses often feature singing that soars over top of the album and have a good deal of energy behind them.  There’s an anthemic quality to quite a few of them and even after the first few listens, I was finding that some of them were stuck in my head.  For those that want that heavier, abrasive edge there’s still quite a bit of screaming throughout Fury by Failure that adds just the right amount of bite to the album.  You can tell that just as much practice has been put into the singing as the screaming rather than it feeling like an afterthought, and it makes a difference in helping Lightworker to stand out.  For “Cholera” the band brought in Comrades singer Laura McElroy and her voice adds even more variety and melody into the mix, which helps to make it one of the stand-out tracks.

There’s quite a bit to like about what Lightworker has achieved with their debut, as they’ve bridged the gap between the chugging, scorching riffing of metalcore and the soaring melodies of post hardcore and even alternative rock.  With no filler of any kind and strong hooks, fans of this style who were around for the late 90s and early 2000s genre boom or are recent converts should find this to be appealing.  And while there does remain plenty of room for these guys to further branch out and truly find their own identity, they’ve given themselves an extremely strong base to build off of.  Fury by Failure is available from Solid State Records.