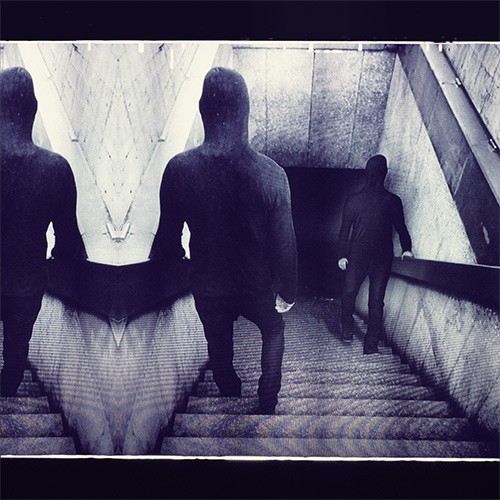 Not For Music
by Emptiness

The Pitch: Belgian's premiere blackened death, and often experimental, metal band Emptiness return with a new album via Season of Mist after blowing minds with Nothing But The Whole.  Produced by none other than Jeordie White (Marilyn Manson, NIN).  FFO original-ass music.

What I Like:  I never cease to be amazed by how heavy this band manages to be despite utilizing mostly quiet and subtlety.  Many of these tracks primarily consist of synth (or synth-affected guitar) soundscapes and cryptic, evil whispering; yet the horror they evoke is at a level much higher than any goregrind I could listen to.  And through it all, there are sufficient hooks (love that little one on "Your Skin Won't Hide You.") and shifting fabrics to keep the experience engaging as opposed to becoming no more than an atmospheric backdrop.  Just listen to that "Mr. Crowley"ish opening to "Meat Heart" and tell me you aren't captivated.  What genre even is this anymore?  Their last album was barely "blackened death" to begin with, but Not For Music drifts even further into the unknown.  It's a little doom, a little post-metal, a little 80s electronic even.  I can hear weird Bowie and industrial influences seeping in; especially on the strangely gorgeous "Ever."

What I Don't Like: I'll admit that I miss some of the sudden explosive bursts of guitar that we got with tracks like "Behind the Curtain," but I don't come to Emptiness for more of the same.  I come for something fresh.

The Verdict:  More experimental and less guitar-driven than its predecessor, Not for Music is no less masterful or terrifying.  It is a journey through nightmares on par with groups like Leviathan and Blut Aus Nord.  Buy it 1/20 via Bandcamp, Season of Mist, or wherever...just make it happen.