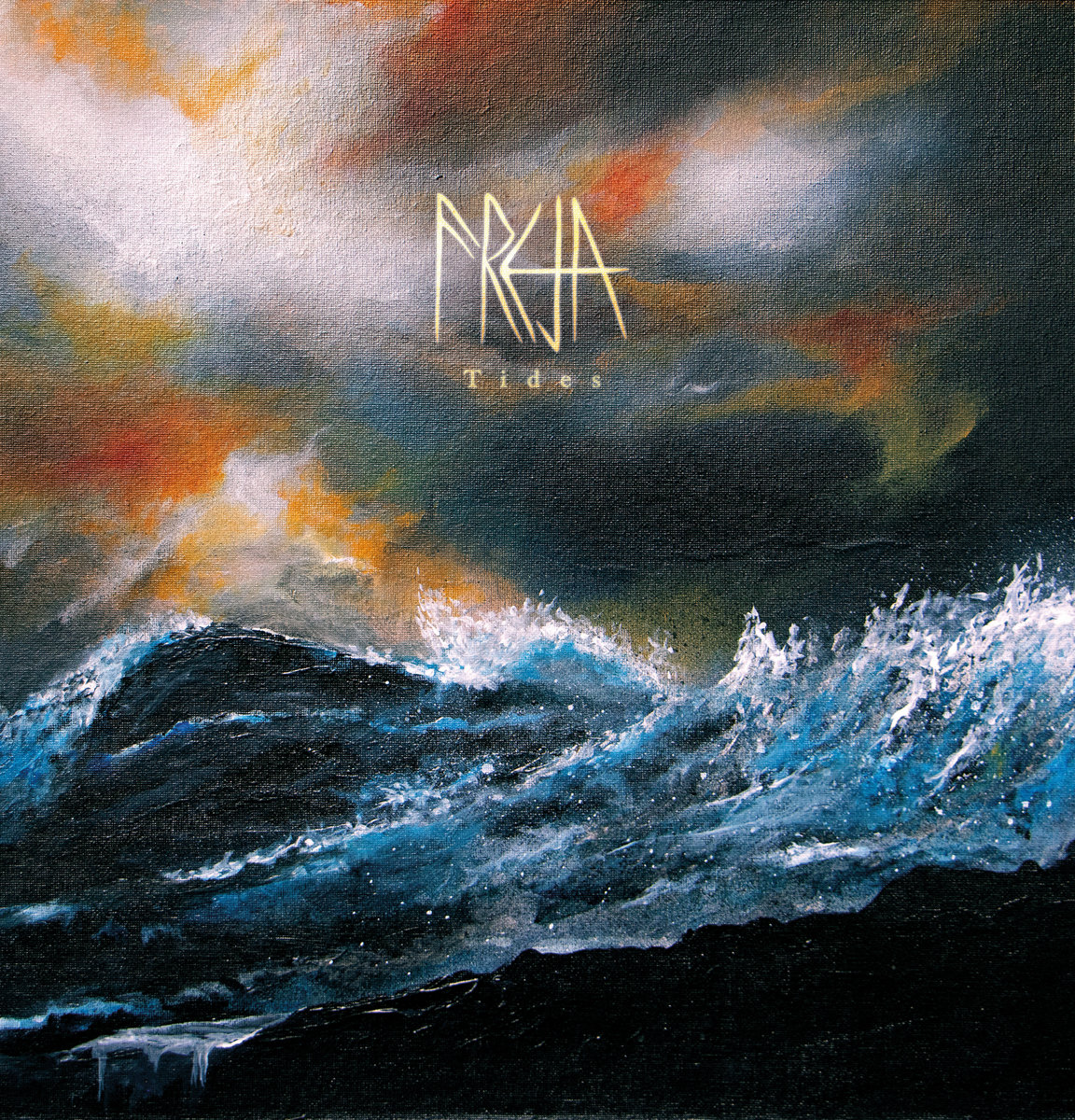 Watching Dutch black metal expand and push the boundaries of the genre outwards over the past decade has been truly exciting.  The country has had its fair share of bands in the genre for significantly longer than that, but it felt like around the early 2010s that more and more started to emerge and offered their own takes on different branches of the genre.  This year Freja can be added to that list, and while the duo only came together in 2019 the experience its members have from bands like Witte Wieven, Laster, and Verval makes their debut Tidessound a bit more fully formed than other newcomers.  Seeking to meld the rougher, muscular bottom end of black metal with its soaring atmospheric variants, Freja does sometimes tread paths similar to some of their peers but are still able to reach some truly stunning peaks.

The word that comes to mind most often when thinking about Tides is “power”, as no matter where the instrumentation is going this album sounds immense.  Opener “Our Chosen Path” couldn’t be a more appropriate introduction to the mix of harsh and light textures that the group offers throughout their debut.  Rather than opting for a softer build-up it launches right into a dense and pummeling attack that has a prominent low end with lighter guitar work expanding over top of it.  It feels like the ocean’s waves are crashing into you right from that first note, and the way that the atmospheric melodies and pummeling foundation intertwine is quite appealing.  Around the halfway point the approach shifts and the low-end comes through with some jagged grooves that almost have a Bølzer-esque sound to them while ethereal melodies dance over top of them.  The remainder of the record continues this balance of atmospheric and abrasive, sometimes slowing down to let its textures build up a bit more and other times going for a whirlwind of blasting.  I found myself drawn to the material the most when Freja chose to slow things down a bit and let those ethereal moments take the spotlight, as the build-up of “Scattered Shields” and “Dusk” leads to some stunning peaks.  While the material is consistently engaging and reaches some incredible levels even at this early stage, there are some moments that I thought reminded me a bit too much of other artists and didn’t stand out quite as much by comparison.  The looser drumming and shimmering melodies on “Cataclysm” feel like they could’ve been ripped right out of some of Laster’s discography, while closing track “Cloaks of Valor” have an Alcest vibe circa Écailles de lune.  Considering how much I love those two bands it doesn’t prove to be that big of an issue, but it does show that Freja still has room to build upon their ideas even further and truly make them into a wholly unique sound.

Both members of Freja contribute vocals throughout Tides, and the sheer amount of variety that they are able to bring to the table makes the material that much more impressive.  “Cloaks of Valor” is a perfect example of this, as you’re greeted by some genuinely ear-piercing shrieking/screaming early on, but there are transitions over to much lower pitched growls that change the tone and atmosphere of the track significantly.  “Our Chosen Path” also showcases that when the band wants to make the jump over to the cleaner side of the spectrum they can do that with ease, as the second half of the track not only features ethereal melodies from the instrumentation but the singing has a similar feel and soars over top of the recording.  It’s exciting to hear that the back and forth between atmospheric and abrasive carries over to the vocals, as one moment can feel like its pummeling you into dust while another feels like it’s sending you off high into the clouds.

I’ve had Tides in my queue for awhile now, and it has been one of those albums that has gotten regular rotation every week.  There are moments that fall very closely into what some other post/atmospheric black metal bands have done in the past, leaving room for Freja to further build upon these foundations and add their own twists in the future, yet the sheer power and mesmerizing qualities of the material has brought me back again and again.  Freja’s ability to move so seamlessly from ethereal atmosphere to crushing intensity helps them to stand out even within a crowded space and seeing as this is only their debut I can’t wait to see where they go from here.  Tides is available from Babylon Doom Cult Records.