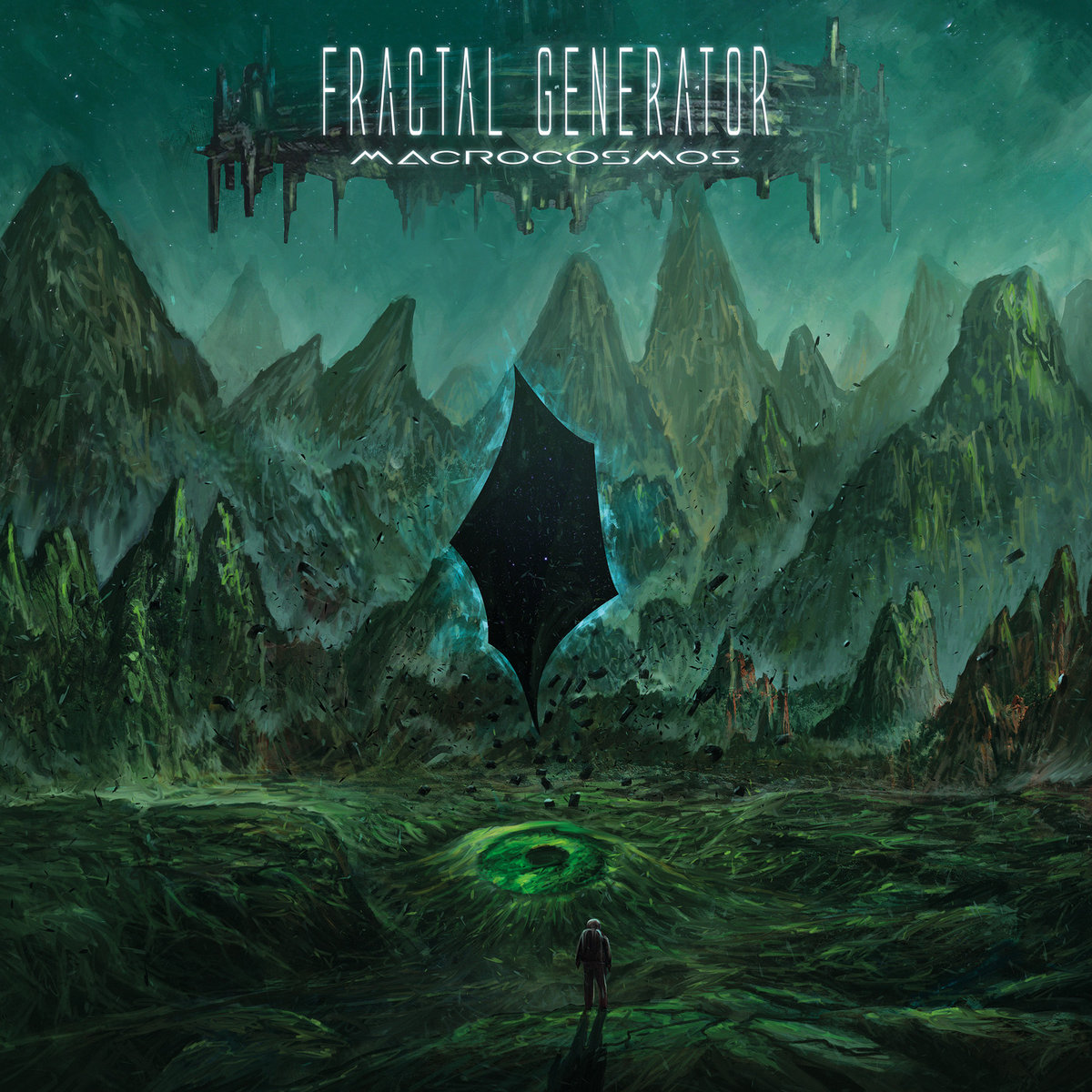 Technical death metal always seems to be more appealing when there’s a sci-fi angle involved, which is something Fractal Generator has brought into their material from the very beginning.  Formed back in 2008, the Canadian trio re-released their 2015 Apotheosynthesis on Everlasting Spew Records in 2017 and have been fairly quiet since, finally breaking that silence a few months ago when some hints of their second record began to come out.  The resulting effort Macrocosmos refines the technical, blackened, and sci-fi slants of their death metal onslaught in all the right ways, bringing forth powerful and groovier riffs with the types of chaotic and technical transitions listeners have come to expect.  It’s a bit more approachable than some of the other technical death metal out there, but Fractal Generator still has the hooks needed to keep you coming back.

All I had to do was mention sci-fi themed technical death metal and you’re likely thinking of bands like Wormed and Gigan, and while there are some passages throughout Macrocosmos that have this same type of chaotic and constantly shifting feel to them Fractal Generator comes across as a bit more accessible due to how they pull in the powerful grooves and density of traditional death metal.  It’s sometimes reminiscent of early Decapitated or Abysmal Dawn due to the technical nature of the playing mixed with plenty of slower and brutal sections that keep the songwriting a bit more accessible.  What’s likely to draw many of you to Fractal Generator is just how dark the overall tone is, as even though the material lumbers and blasts in a similar manner to brutal death metal at times the guitar and bass sound approaches blackened death metal at times.  This is where the album stands out the most to me, as songs like “Shadows of Infinity” pull in the best of all sub-genres of death metal, pulling in gnarly bursts of electronic noise early that give off a sci-fi horror sound before pulling in equal amounts of eerie black metal melodies and crushing death metal grooves.  The sense of scale to the material is even greater than on Apotheosynthesis, with each drum hit and guitar and bass note feeling like they’re as large as galaxies at their peak levels, but there’s still just enough separation in the mix to make out the details of each track.  Admittedly there are a few tracks where it feels like Fractal Generator is utilizing some ideas that are a little too similar to each other, but when its this type of muscular and technical riffing combined with the haunting nature of the melodies the album still remains appealing from beginning to end.

With the denseness and immensity of the overall sound, it would’ve been easy for the vocals to simply get swallowed up in the mix but that’s not the case throughout Macrocosmos.  The title track brings in fuller growls that tower above the rest of the band only thirty seconds in, and some raspier screams work their way in over the course of the material which helps to make the performance feel a bit more dynamic.  There’s definitely an emphasis on brutality here, as both pitches feel like they can grind you to dust with just how much power is emanating from each word, and in this regard Fractal Generator does the classics of the genre justice.  I do have to wonder with the sci-fi influences coming from the instrumentation if this will ever be extended to the vocal work, but for now the screams and growls still make a huge impression.

It’s clear the five-year span between Apotheosynthesis and Macrocosmos has been well-spent, as not only have the production values skyrocketed but Fractal Generator has tightened up their sound and offered just the right mix of blackened, sci-fi atmosphere and brutal grooves.  While some familiar patterns do start to emerge by the end and the band still has room for even further experimentation as they continue to move forward, they’ve still delivered an album that has more than enough substance to keep listeners satisfied for some time to come.  Plus who doesn’t love the technicality of early Decapitated with some of the meat and potatoes brutality of Decide, merged together with all the sci-fi you can handle?  Macrocosmos is available from Everlasting Spew Records.