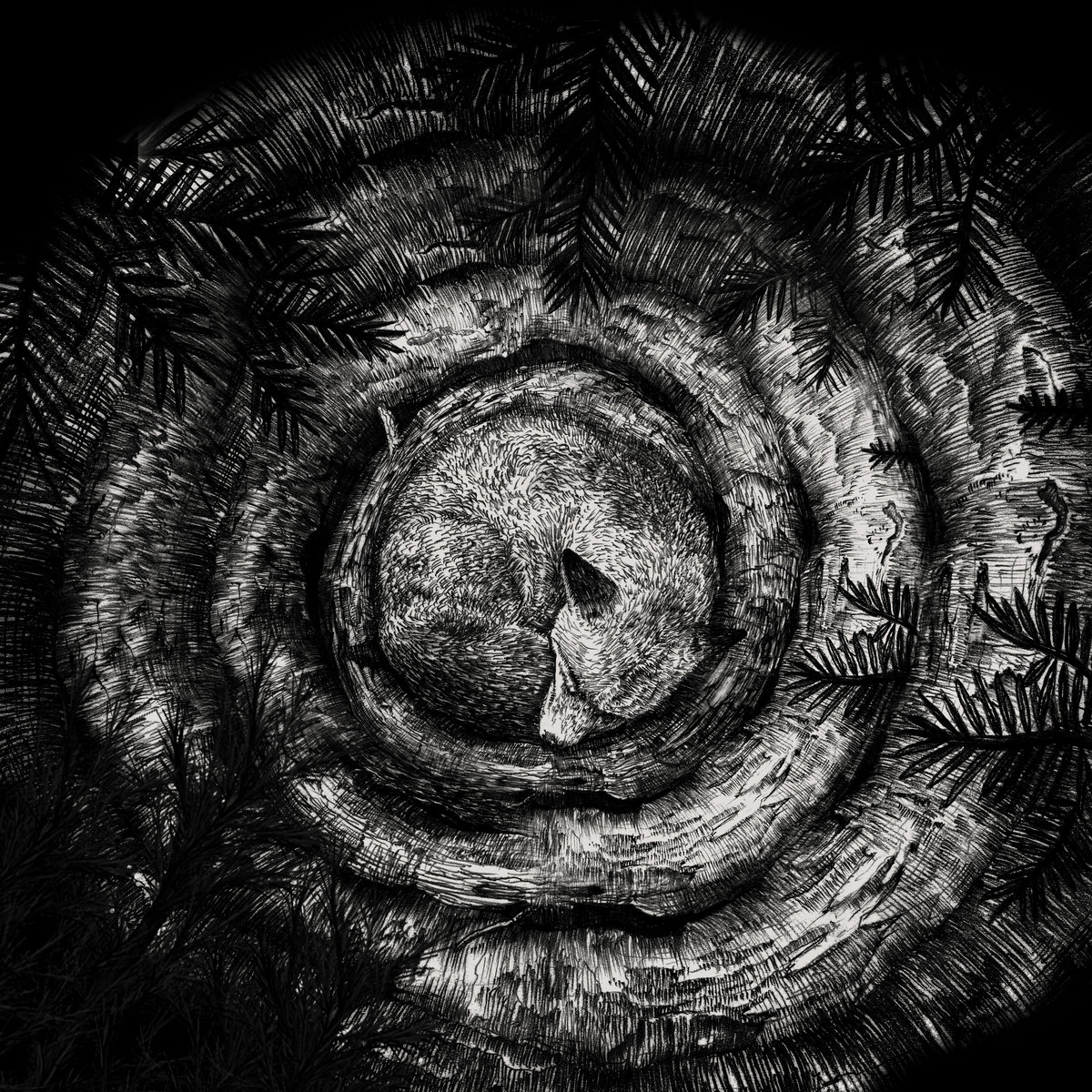 French musician Vindsval has remained busier than ever in recent years, regularly releasing material as Blut Aus Nord as well as exploring other elements on side projects like Yerûšelem.  2021 brings us another offshoot of Blut Aus Nord in the form of Forhist, an outlet that Vindsval is using to explore a more stripped-down approach to black metal that seeks to capture the essence of the earlier Norwegian roots of the genre.  On its self-titled debut, Forhist often recalls elements of its main band circa its Memoria Vetusta series of albums, albeit with a warmer tone.  And while it doesn’t quite reach the heights of that series, there’s still a lot to appreciate about the thicker, tense atmosphere on display.

Forhist is an interesting direction for Vindsval to choose to go, as it represents some of the most stripped down and simplistic his songwriting has ever been.  Even where albums like Memoria Vetusta II: Dialogue With the Stars captured the frigidity and walls of blasting of second-wave black metal, the writing still had plenty of twists and turns that made the material a bit more unpredictable.  Here there are still subtle nuances that become apparent over repeat listens, but the approach emphasizes repetition through layered riffs that strive to create a hypnotic effect.  Some iciness remains, particularly on songs like “VII”, but as a whole the atmosphere feels a bit warmer and tense, as though you’re wandering through a dark wooded area in the warmer months unsure of what is around you.  Forhist certainly succeeds in capturing that same sense of grandeur and rawer edges that defined a lot of the classic Norwegian albums from the early to mid-1990s, with some of the quirks of Blut Aus Nord still finding their way into the material, and that is likely to be enough to draw many people in to this album.  But while it still has a few more details that elevate it above your average second-wave worshipping band, I did find that some of the riffs felt a bit too close to Memoria Vetusta but didn’t quite have the same impact thanks to their simplicity.  It does also seem like the material gets stronger the further in you get, with the last two tracks alone justifying the price of admission.

The instrumentals may not always provide that icy chill but the vocals sure do, as Vindsval’s higher pitched screaming is on full display throughout Forhist’s debut.  There are also some chanting and cleaner ranges utilized on a few of the songs, which sometimes blend in with the keyboard and guitar melodies.  One issue that stood out to me is that the vocals were a little bit too buried at times and while that was also the case with each of the Memoria Vetusta albums the screams get washed out a bit more frequently here, making them seem like more of a background element than on the Blut Aus Nord albums.  Considering how intense and raspy Vindsval can get, it did make me want the vocals just a bit more prominent overall as it would add even more power to the material.

You’ve probably gotten sick of me bringing up Memoria Vetusta so often throughout this review, but I can’t help but feel at times like this more stripped down approach was a way for Vindsval to rekindle the type of atmosphere and grandeur of that series without committing it to a mainline Blut Aus Nord release.  And considering he’s recently posted about beginning to write a new Memoria Vetusta, that makes sense.  But even with my criticism the quality here still makes it worth your time even if it doesn’t quite reach the heights of his main project.  I’m curious to see if this “return to the roots of black metal” approach will lead to Forhist really branching off onto its own path though, as it leaves plenty of opportunity open for Vindsval to further give it an identity.  Forhist is available from Debemur Morti Productions.