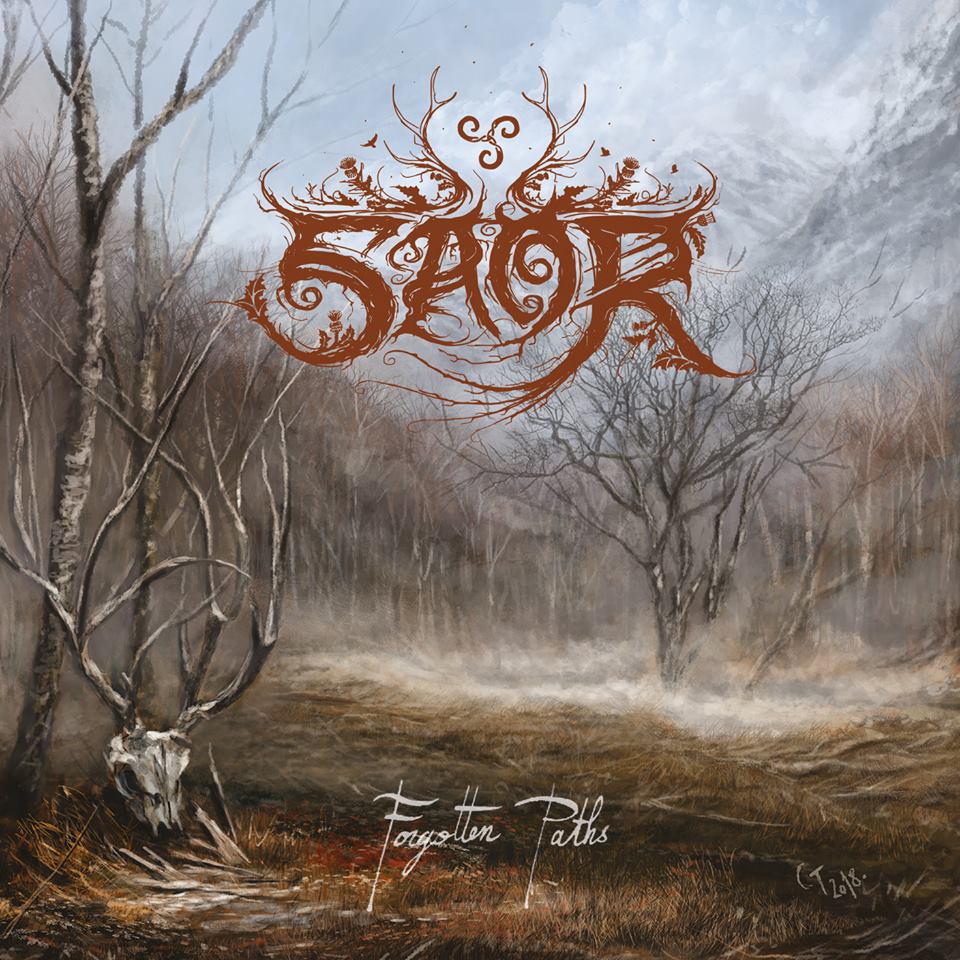 The Pitch: Scottish atmsopheric black and folk metal band Saor take us on another lush and satisfying journey with Forgotten Paths via Avantgarde Music. FFO: Downfall Of Nur, Panopticon, Alcest

What I Like: If I'm going to listen to a more atmospheric album, it has to be done right. I need texture, layers, and a variety of movements that keep things interesting and engaging. 10 minute slogs of droning repetition aren't gonna do it for me. Thankfully, Andy Marshall of Saor is one hell of a composer. From the already strong dynamic range of the drumming and harmonized guitars to the gorgeous orchestration of regional string and wind instruments, Forgotten Paths is a stunning voyage that never ceases to take my breath away. Andy's black metal screams add the perfect level of intensity without distracting from the center stage melodic elements. Like Panopticon, these harsher components are masterfully understated and delicately arranged. By the time we get to Sophie Roger's' entrancing guest vocals on "Bròn," I may as well be sitting on some distant, Scottish hill feeling the wind rushing by.

Critiques: This is pretty much the perfect, albeit familiar, atmospheric album. As has been the case with a few albums I've listened to of late, it's a demostration of the usual tropes but delivered at maximum potential.

The Verdict: Saor take the torch that was initially ignited by groups like Ulver and carry it to the absolute highest heights. Forgotten Paths is a stunning journey made up of 4 perfectly arranged tracks with production that feels as fast as the Scottish countryside. Absolute must listen material.