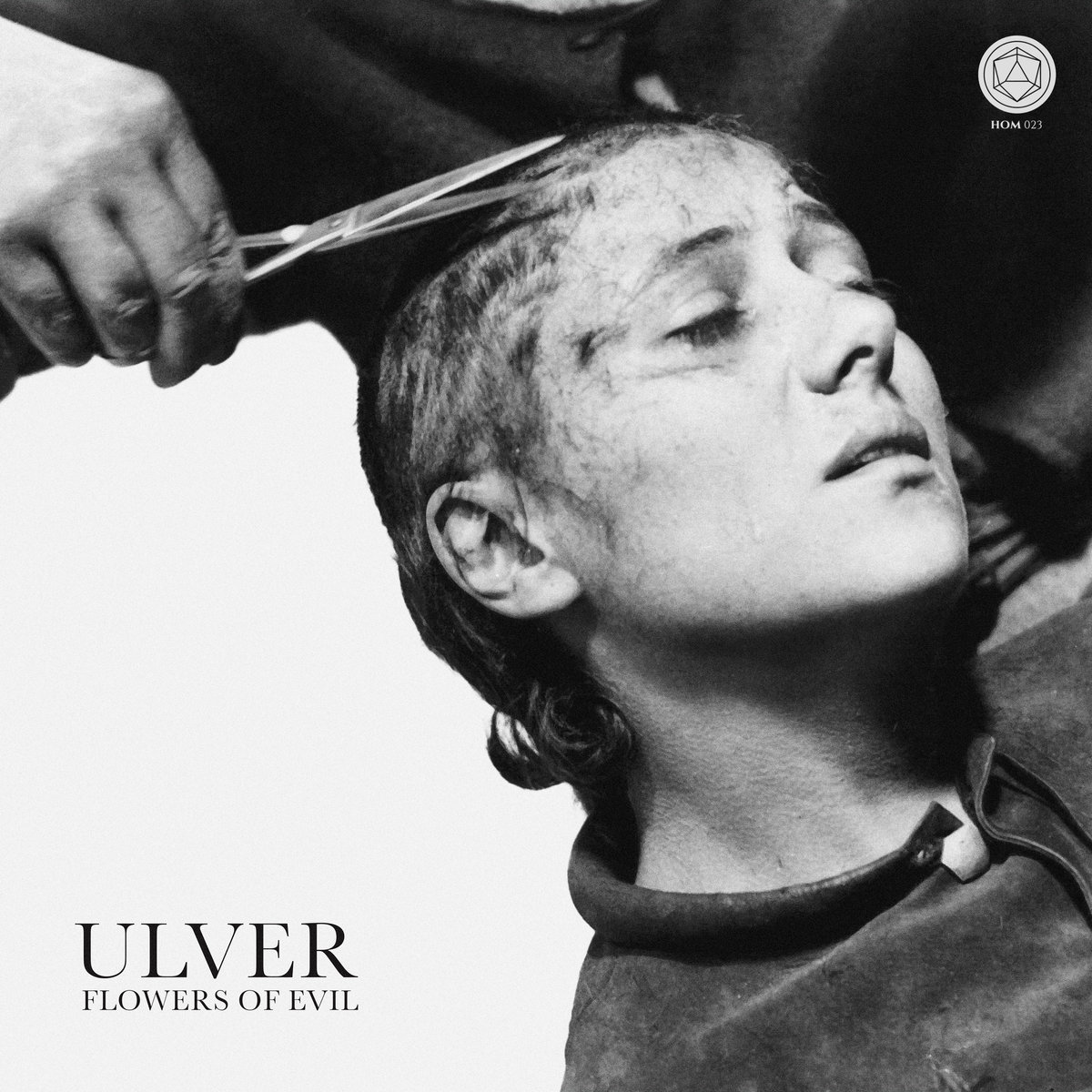 Flowers of Evil
by Ulver

Ulver has been many things over their twenty-seven-year history, starting off in black metal before moving between everything from chamber music to art rock.  The Norwegian band has shapeshifted from one release to another, though in recent years they’ve found themselves exploring dark and moody synthpop.  This direction began with 2017’s The Assassination of Julius Caesar and the Sic transit gloria mundi EP, showcasing huge room filling electronic beats and pop hooks that would prove to stick with listeners.  While listeners may have been expecting Ulver to shed this approach by now given how quickly they’ve transformed in the past, this year’s Flowers of Evil finds them refining their synthpop elements further towards a truly apocalyptic sound.  It’s less immediate than its predecessor and sometimes feels like a sidestep rather than a true leap forward, but there’s still plenty to draw listeners in.

The Assassination of Julius Caesar brought room-filling beats and vibrant electronic melodies that brought Depeche Mode vibes to mind, showing off a new aesthetic and approach that Ulver had added to their repertoire.  Three years later Flowers of Evil retains some of these elements, but strips things down considerably in favor of downtempo beats and brooding melodies.  It’s a wholly appropriate shift for an album that explores the idea of mankind’s fall from redemption, but also makes a lot of the material need time to fully grow on you.  There are still some danceable beats on songs like “Machine Guns and Peacock Feathers” and “Little Boy”, but the choruses don’t build up to the same immensity this time around and seem to be built in a way that force you to pay closer attention rather than providing simpler hooks that stick the first time through.  This approach proves to be quite intriguing, as this is still pop at its core and there are some beats and grooves that are infectious over repeat listens, but the rhythms on “Little Boy” and a few of the other cuts bring krautrock’s repetition and less immediate nature to mind.  Ulver’s achieved such a bleak and apocalyptic atmosphere that I can’t help think of some of their black metal albums, but they get there in a completely opposite way with electronic beats and airier melodies that spread outwards across each song.  With the prevalence of slower tempos, the approach becomes familiar across some of the material, sometimes causing some of them to blur together slightly, but I did find there to be plenty of hooks to keep me coming back.

Kristoffer Rygg’s vocals have evolved along with Ulver’s sound over the years, and on the band’s recent material he’s adopted a softer tone that hovers slightly above the instrumentation.  There’s a lightness to his singing pitch that is pleasing to the ear and draws you in from the beginning of each song, giving Flowers of Evil appeal to those who might not have heard this band or be familiar with their history.  Rygg is supported by several guests who harmonize with him in order to create much denser and entrancing singing, which brings the energy of the material up significantly and makes these particular moments truly stand out.  The performance once again has a somber tone yet there’s a warmness to the singing that brings some beauty to the album, even as the lyrics head in darker directions.

Ulver’s latest release strips down some of the elements from The Assassination of Julius Caesar in favor of electronic melodies that spread outwards in a slower manner and don’t immediately reveal all their nuances.  It’s still rooted in pop and has some catchier moments that will sweep you off your feet, and while it doesn’t always stand out as much as its predecessor the warm yet apocalyptic vibe coming through still proves to be quite appealing.  It does feel like the synthpop direction has been fully explored across these three recordings though, which leaves me wondering just where Ulver will go from here as they’ve proven there’s very little ground they won’t cover.  Flowers of Evil is available from House of Mythology.