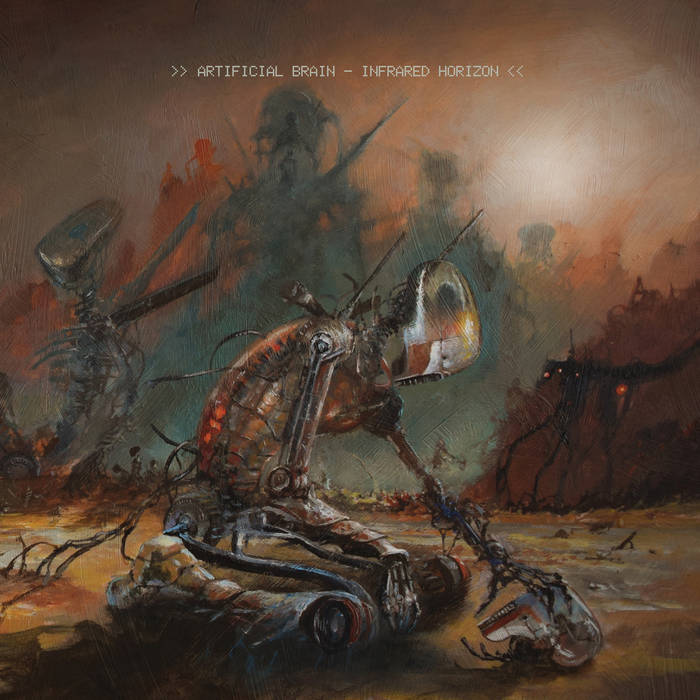 The Pitch:  New york technical, progressive, and brutal death metal band Artificial Brain tear sh#t up with their new album through Profound Lore and produced by Colin Marson (Gorguts, Dysrhythmia, Krallice).  "Lyrical themes delve into concepts within a dystopian future in which robots and cyborgs have outlived human beings and who believe themselves to be not of creation of the long extinct humans but a more perfect evolution of them." FFO Replacire, Ulcerate, Coma Cluster Void

What I Like: I don't know how much more insane technical virtuousity  I can handle in just one year.  I feel like each of these bands is in some crazy competetition to one-up eachother on a monthly basis.   Artifical Brain is yet another band determined to make my Top Musicianship picks impossible in 2017.  The guitars and drums rip, shred, and tear their way through these compositions in a delightful manner.  I hear elements of sped-up thrash, grinding death, and jazz-influenced brutality all force-fed down the gullet of highly progressive song-structures.  And like some of my other high-scoring picks in the genre this year, Infrared Horizon manages to incorporate some interesting melody and hooks into the otherwise obliterating chaos.  But not in the vocals.  Oh no.  Expect nothing less then unrelenting growls and gutteral carnage perhaps only one notch below the likes of Wormed.

What I Don't Like: Another album difficult to citicize.  I think that they could push more boundaries to better differentiate their sound from their similar peers, but that always comes at the risk of messing up the foundations and formula.

The Verdict: A fantastically-delivered dystopian vision with top-caliber performances and nail-biting songwriting.  Catch this one on Friday.