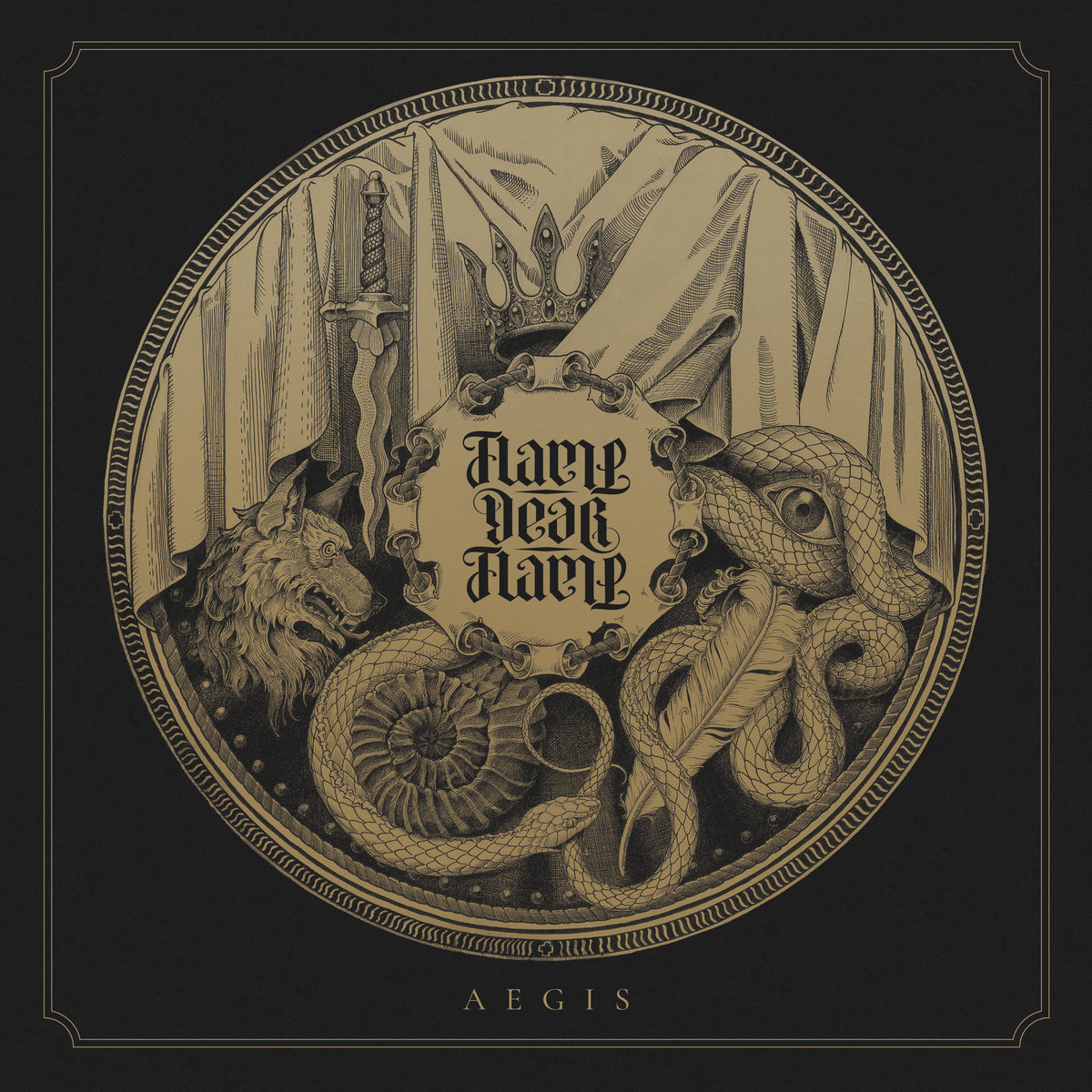 Germany’s Flame, Dear Flame has been together since 2017 and bring equal amounts of epic doom and heavy rock on their debut full length Aegis.  Where a lot of doom groups have sought to channel somber and soulful melodies while keeping the volume as high as possible, that’s not the case here as the material spends just as much time showing restraint through softer, subdued melodies as the crushing peaks.  It often comes through like hard rock/proto metal crossed with doom and a hint of folk, giving Flame, Dear Flame a sound that stands out from the crowd.

Aegis is split up into two suites, with the first running for three songs and the second spanning four.  This should give you an idea of the type of scope that the band is going for on this debut, as the pieces of each suite flow seamlessly into each other and while you could listen to them individually, they’re best taken as a whole.  There’s a lot to take in on each one, as Flame, Dear Flame has a tendency to spend just as much time exploring acoustic melodies that bring in some elements of folk and have an ethereal tone compared to the crunchier doom and heavy rock foundation.  At their peaks, many of these pieces present listeners with some powerful and loud peaks that are up there with some of the better in the genre, but how the instrumentals get there feels very different.  At times the lumbering doom and heavy metal backbone reminds me of more epically inclined acts like While Heaven Wept and Atlantean Kodex, but the softer melodies also bring Ashbury, Blue Öyster Cult, and folk leaning rock from the 60’s and 70s to mind.  It’s a bit more of an eclectic mix than the typical bands that are going for pure Black Sabbath or Candlemass, and it results in material that sucks you in with periods of calm beauty and commanding peaks.

While the instrumental work provides plenty of stunning moments that will draw listeners in, vocalist Maren Lemke helps to tie the whole package tomorrow and really give Flame, Dear Flame some unique qualities within the genre.  Where a lot of epically inclined doom has focused on gruffer, powerful singing or falsetto, her voice balances much softer and haunting pitches with commanding ones that soar over top of the band’s heavier moments.  It’s an approach that works well as Maren’s singing weaves in and out of the layers, and while some moments do bring Italy’s Messa to mind the performance here is a bit more direct.  This is again where some of the influential 60s/70s women singers from the folk and rock spectrums come into play, as the moments of pause and restraint that lead into some powerful and breathtaking passages channel similar vibes.

I’ve reviewed far less doom in recent years compared to earlier in my writing career, as far too many bands have seemed to write the same basic riffs and then call it a day.  But bands like Flame, Dear Flame remind me that there’s still room for bands pushing off in their own direction, and they pull off longer suites with ease on their debut.  There’s something appealing this type of sound that shows some restraint between the heavier climaxes and brings just as much darker folk and classic hard rock into the mix.  I do think there’s room to push these ideas even further as the group progresses, but this remains a stunning debut I’ll be returning to for some time.  Aegis is available from Eisenwald.