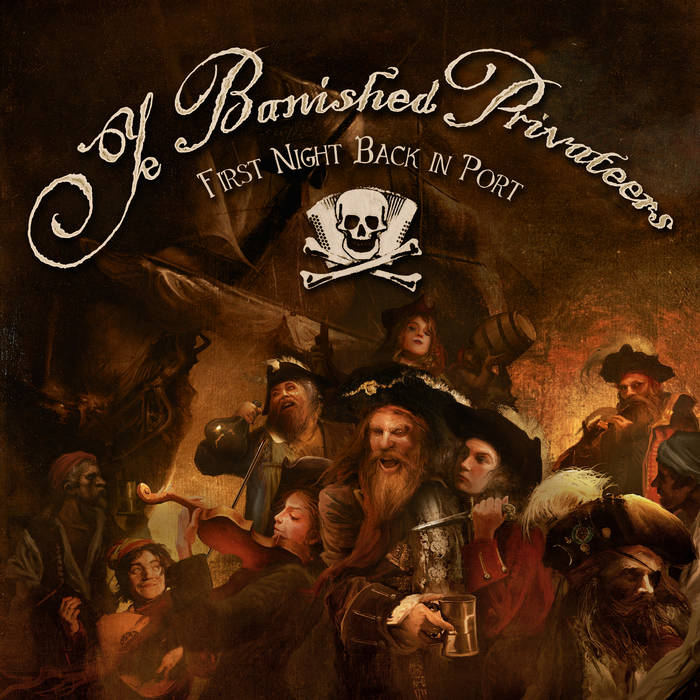 First Night Back in Port

First Night Back in Port
by Ye Banished Privateers

What I Like: "Annabel" called out to me like a siren's song when I came across this album.  This haunting, captivating opener perfectly sets the tone of this soundtrack to seafaring.  While they share some superficial elements with groups like Alestorm, Ye Banished Privateers  have a less campy vibe.  There is a genuine air of 18th century history, and focus on capturing a precise atmosphere in a bottle.  Sure, there are plenty of costumes and pint-swinging tavern moments between the many members, but this band has so much more to offer.  More often than not, I was reminded of the traditional Celtic tunes of Flogging Molly in the accents, flutes, and other regional instruments.  I also really love the multi-vocalist approach, though the women often steal the show.

Critiques: There are a few tracks that come across as a little bit dull and miss some of the magic of the high points.  I also feel like the nearly 20 minute closing track is a bit of a tease since much of the runtime is taken up by ambient nature sounds.

The Verdict: First Night Back in Port is a different type of album that may not be "metal" per se, but is filled with captivating performances that I would love to see performed live.  Get it right now.

Flight's Fav's: Annabel, A Declaration of Independence, We Are Ye Banished Privateers