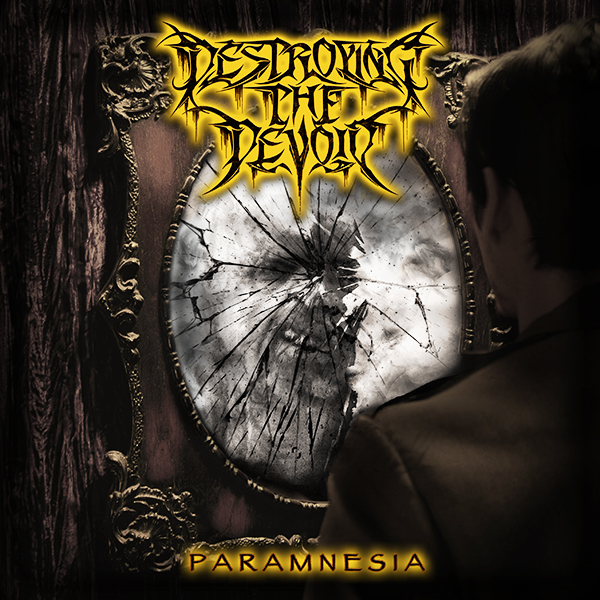 Paramnesia
by Destroying the Devoid

Destroying the Devoid is a progressive death metal band you need to know about.  Featuring Craig Peters of Deeds Of Flesh and formerly Arkaik, this is the group's debut LP from Unique Leader Records. Paramnesia reportedly "takes listeners through a dark exploration of the human psyche, specifically how an individual’s personality and perception of the world are molded and ultimately dictated by their personal relationships and experiences." Peters states, “Society is constantly plagued by a world telling them what it is to be beautiful, successful. and what they essentially need to ‘be happy,’ while taking advantage of the weak for their own selfish benefit.”

If there was any remaining question in your mind as to why this album is worth your time, it should be quelled instantly by the one-two punch of “Chasm of Existence” and “The Endless Cycles of Lunacy.”  This is technical death metal of a different caliber, one that has an ear for airtight songwriting and an ever-changing stylistic palette.  The hooks are seemingly endless, with no two sounding exactly alike.  Paired with the furious drum work and profoundly deep and guttural vocals, these two and the title track alone make for a monumental release.  But there is always more to be found.

“Carnivale Nocturno,” true to its name, switches gears to create an unhinged carnival of chaos.  There are plenty of synth additions to this release to broaden its scope, but this track forgoes traditional “symphonic” elements in favor of a bouncy, funhouse atmosphere.  It would make a grand addition to a modernized remake of Killer Clowns from Outer Space.  Then there is the 3-part closer to the album, “Beyond The Dark Veil,” which Peters describes as dealing “with the emotional effect of death from three different perspectives.”  This conceptual arrangement takes the band’s progressive leaning to new heights with the orchestral and choral elements coming to a dramatic peak, and the addition of clean vocals further delving into the band’s flexibility.

I have been largely unimpressed with much of the technical death metal I have heard this year, save for a handful of highlights.  But I am very comfortable adding this newcomer to my list in 2016 along with CB Murdoc, Vale of Pnath, and The Zenith Passage.  Paramnesia is a fantastic album on all fronts: it’s relentlessly entertaining, adeptly played, and even sports a few unique surprises.  So whether you are just looking for some new death metal to jam to, or are seeking the latest obscure talent to impress your friends with, you can be among the first to hear Destroying the Devoid.  This will certainly not be the last we hear of them, but I wouldn’t doubt that next time there will be a lot of people waiting in line in anticipation.