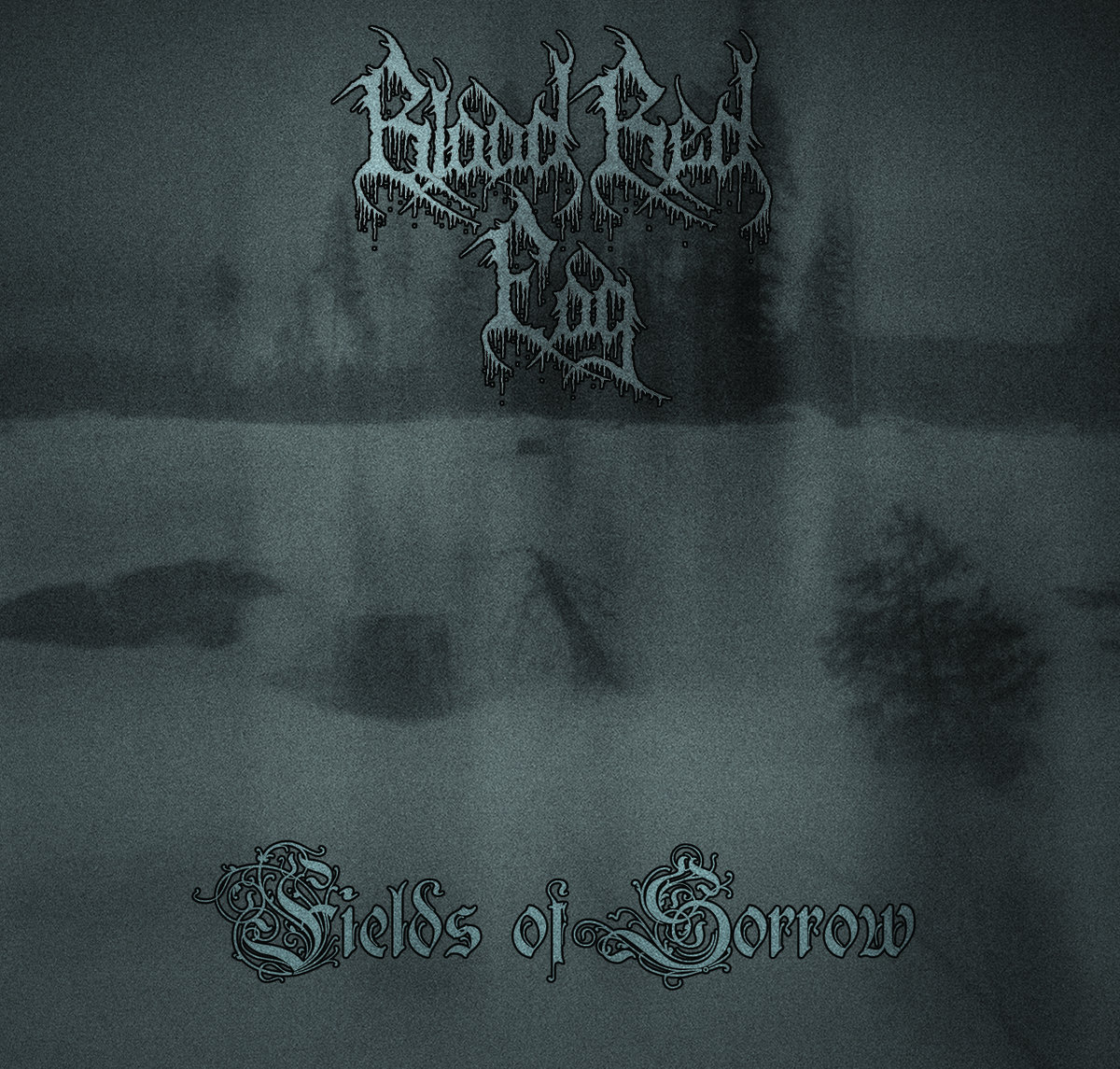 Though they’ve been around since 2004, Finnish black metal band Blood Red Fog has gone under the radar of quite a few listeners despite having some quality material under their belt.  While the group started off on the more traditional end of the spectrum, showcasing lengthy tracks that had atmosphere similar to Burzum as well as some of their fellow countrymen, in recent years they’ve transformed into something a bit different.  This is evident throughout their fifth full length Fields of Sorrow, which moves between triumphant, aggressive black metal and melancholic arrangements that have a hypnotic and psychedelic tinge to them.  It’s an album that has an air of mystery throughout and keeps you intrigued from beginning to end, showcasing Blood Red Fog at their best.

“Before the Cold Light” draws you in to Fields of Sorrow with softer synths and haunting melodies, before unleashing a wall of abrasive riffs with “Gallows Poles and Shallow Graves”.  Here the guitar and bass work comes through as a raging and icy blast that has a lot of similarities to some of the classic Finnish black metal bands, but the synth work that hover over top of everything give the material a very different overall tone.  This isn’t the same type of cheesy sounding keyboards you might associate with 90s black metal either, as the synths are layered to create a mysterious and tense atmosphere, drawing you into a trance but threatening to slit your throat in that relaxed state at any moment.  While the first taste of Blood Red Fog you get on this album is violent and immense, they don’t stick with this type of instrumentation the entire time and spend just as much time sprawling outwards towards melancholic arrangements.  The dreariness of the slower passages and sense of decay in their tone gives off some of the same characteristics as depressive black metal, but the band has twisted them into something completely different.  Fields of Sorrow certainly isn’t the first to incorporate psychedelic elements into black metal, as Oranssi Pazuzu has made a career out of it, but here the synthesizers are a bit subtler and allow the guitar work to retain a second-wave identity.  Songs like “Ever-Returning Genocide” are incredible, with hazier synth work weaving in and out of cold, abrasive riffs and reaching such a dense level towards the climax that it feels like it’s going to suffocate you.  Blood Red Fog had started to incorporate some synthesizer prior to Fields of Sorrow, but it’s even more intertwined with the other instruments this time around and works with the guitars to create arrangements that really stick with you.

While there are plenty of calmer moments offered by the softer guitar and synthesizer melodies, the vocals remain on the harsh side and provide tortured shrieks and screams that cut through the recording.  Initially they’re a bit buried in the mix, blending together with the dense layers of sound as though they’re just another instrument building the sound up to immense layers, but as BRF hits some of his highest and most abrasive pitches they break free and take the spotlight.  There’s quite a bit of variation to the performance, as lower growls are used alongside the ear-piercing shrieks and this ensures that each appearance jolts listeners back to attention.  It’s impressive throughout, as the slight bit of space between each verse allows BRF to refocus and come roaring back with power.

Blood Red Fog has captured the somber melancholy of their earlier days with the more aggressive nature of 2018’s Thanatotic Supremacy while still pushing things forward with even denser layers of synthesizer that lull the listener into a trance before shaking things up into madness.  There’s a sense of familiarity to the guitar work that channels Finland’s black metal roots, but these elements are always twisted into something that feels different.  It’s easily one of the best black metal albums I’ve come across this year, and a high point for a group that more people need to spend some in-depth time with.  Fields of Sorrow is available from Deviant Records.