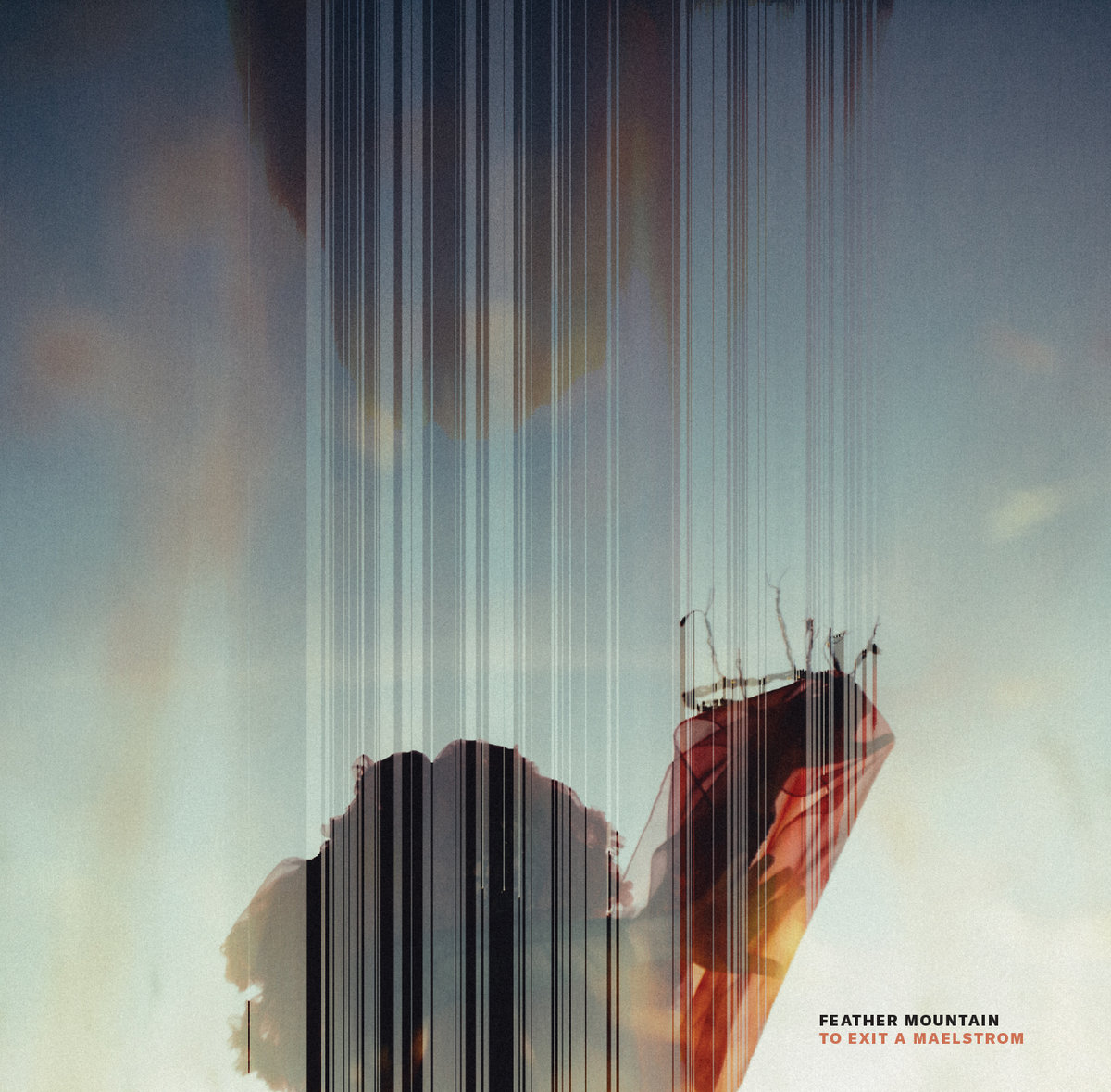 To Exit a Maelstrom
by Feather Mountain

Three years after their debut, Danish progressive metal band Feather Mountain has returned with their sophomore effort To Exit a Maelstrom and continue to blur the line between rock and metal.  In this day and age where a lot of music that gets the progressive metal tag is pulling heavily from Gojira influences or heading towards djent territory, it’s nice to find a band that’s interested in the lighter, airier textures as much as the harsher ones and seems to shapeshift from one song to the next.  To Exit a Maelstrom is sure to remind listeners of a number of different bands from over the years and it’s a dense album to explore in both instrumental and lyrical content, but the way that Feather Mountain is able to weave everything together makes for a compelling experience from beginning to end.

It can be hard to find that right balance between rock and metal, but Feather Mountain seems to have done just that throughout To Exit a Maelstrom.  Opener “August Mantra” kicks things off with a booming and opening guitar riff that immediately has the weight of metal, but after twenty seconds or so transitions over to lighter and airier guitar work that brings in more of a progressive rock sound.  There’s this regular back and forth between heavy, weightier instrumentation and lighter moments where the melodies seem poised to soar through the clouds, but no matter where the band chooses to go everything flows naturally.  A perfect example of this is “Sincere”, which explores much softer and subdued melodies with the addition of piano for its first half and then transitions into full-on blast beats for its conclusion without anything feeling jarring or out of place.  Sometimes bands of this type haven’t fully nailed that seamless flow from heavy to mellow, but To Exit a Maelstrom achieves this with ease.  I appreciate that just because a section is heavy, this doesn’t dictate the atmosphere, so you’ll get mellower passages that are heart wrenching and heavier ones that are hopeful.  Sound wise I’m reminded of a lot of different groups yet the way Feather Mountain pulls them all together doesn’t fall too close to one in particular and leaves them feeling fresh.  Sometimes there’s a bit of Porcupine Tree or A Perfect Circle, while other songs channel everything from Dredg to Dead Letter Circus and even a little bit of jazz.  The final track “Maelstrom” does seem to stretch outwards for slightly longer than it needs to at almost ten minutes in length, but as a whole the album proves to be entrancing from beginning to end.

To Exit a Maelstrom explores a family member’s battle with Alzheimer’s and the ensuing breakdown and loss related to it, which makes the rawness of the emotions come through each and every word.  This is where the album stood out for me, as the light and darkness elements are just as prevalent in the vocals and lyrics as they are in the instrumentation.  You get periods of hopeful remembrance and destructive, chaotic transitions which is achieved through both singing and screaming.  Feather Mountain’s singing has a lot of power behind it and soars alongside the rest of the band, with the range channeling equal amounts of Maynard James Keenan (A Perfect Circle, Tool) and Anthony Green (Circa Survive) depending on the song.  On the harsher side of the spectrum, you get everything from post hardcore type yells to much harsher growls that bring in a bit of extreme metal influence.  They’re well implemented and don’t overwhelm the softer ranges, touching upon mid-period Opeth alongside bands like Mantric.

It’s clear that writing this album was a very emotional experience for Feather Mountain, and you can feel that while listening to To Exit a Maelstrom.  It’s a dense listen that has a lot of nuances beneath the soaring hooks and heavier bursts of metallic sheen, but the time needed to do so is worth it.  Feather Mountain has naturally iterated on what they explored previously and their ability to move so seamlessly between soft textures and huge, booming ones has me hooked.  A few moments like the final track do overstay their welcome ever so slightly, but this is still a top notch album and an impressive achievement for a band this early on in their career.