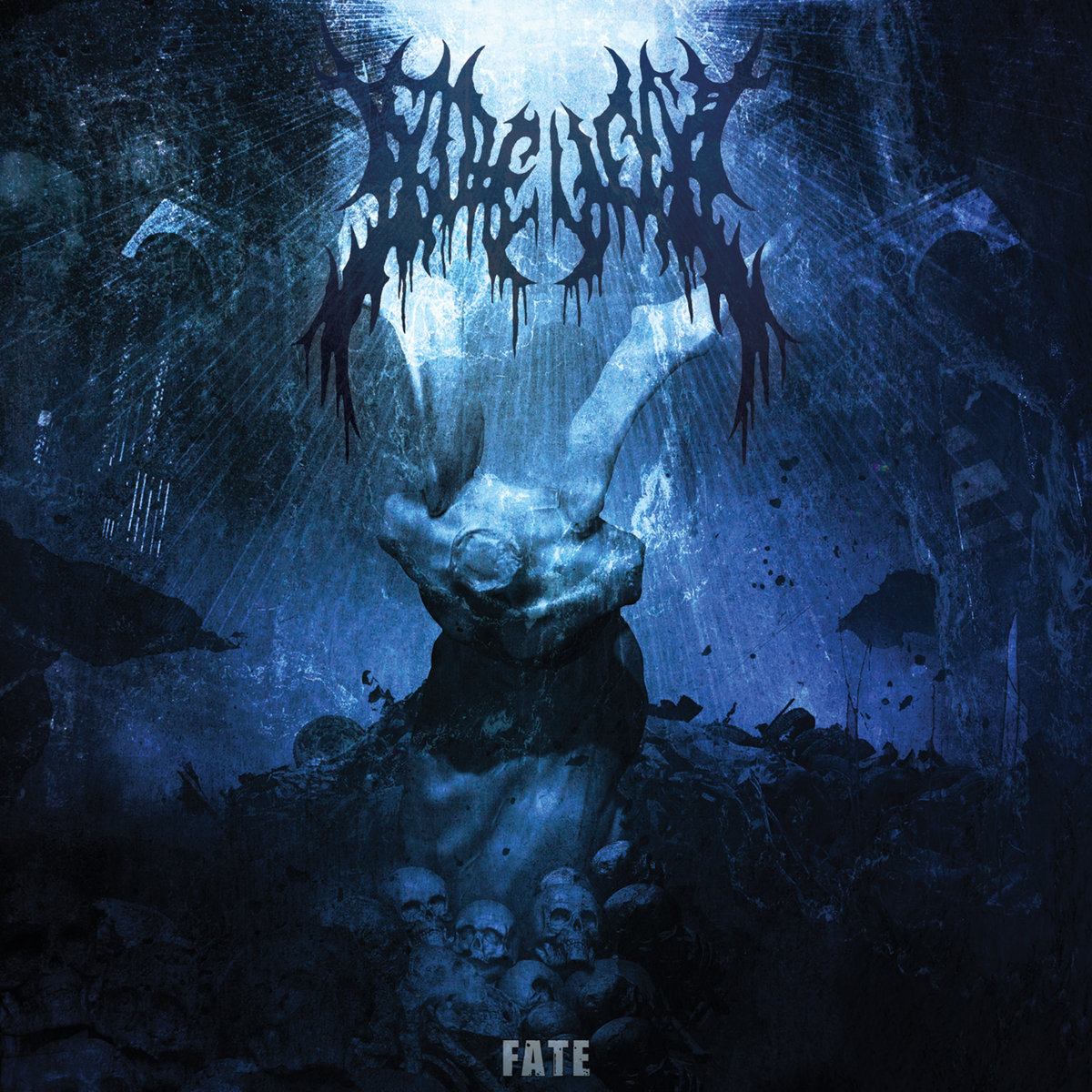 Japan’s Gorevent has been delivering their own brand of brutal death metal and slam for close to sixteen years now, preferring slower tempos and an emphasis on groove that stripped down the elements of the genre down to their essentials.  It’s an approach that’s worked well over the years though it’s proven to be hit or miss with some listeners.  For album number four, Fate, the band has continued to do what they do best, but they’ve tweaked the production values a bit to make a heavier and denser sound that almost has an industrial tinge to it.  It may not be reinventing the wheel, but there’s something genuinely catchy to what Gorevent is doing here and fans of the almighty slam are sure to agree.

What caught me by surprise the first time through Fate is how atypical the recording sounds to a lot of brutal death metal and even much of Gorevent’s past discography.  The snare drum doesn’t pop out in the same way and the bottom end is emphasized even more, with the drums often hitting an almost machinelike cadence that makes the tone closer to Godflesh.  Rather than bludgeoning the listener with constant speed and brutality, the songs on Fate opt for a simpler approach and focus on slow and mid-tempo grooves that lumber forth like zombies with occasional breaks into some faster blasts.  It’s a stripped-down approach compared to much of the genre yet there’s something about it that’s infectious, as these grooves prove to be catchy from one track to the next.  It helps that Gorevent keeps things on the short side, with the entire album running for twenty-five minutes which keeps the formula from becoming overly stale.  For some people this approach might prove to be too much and they might abandon ship after a few songs, but for listeners like me who can dig the slowed down nature and focus on one brutal groove after the other, there’s a lot to genuinely like about Fate and I’ve found myself coming back to it far more than I initially anticipated.

The vocals stick with the familiar gutturals that define much of slam and brutal death metal, and they’ve delivered with quite a bit of power and grit which works to the band’s advantage throughout Fate.  Where quite a bit of this genre buries its vocals underneath the wall of guitar and drums, here there’s a decent amount of separation between the gutturals and the instrumental work which makes the performance pop out at the listener.  For the most part the pitch stays the same for much of the album, with the exception of the title track where they bring in a guest vocalist who has a slightly different range and shakes things up a bit, but it never feels too one-dimensional given the briefness of the album.

Gorevent clearly has their slower take on brutal death metal down to a science at this point, as they’ve honed it down to its core and given listeners an album that sticks with a formula but does it well.  The change in production that gives off a slight industrial tinge shakes things up from the norm a bit and while metal fans are likely going to either get hooked on the slams or bounce right off of this one, it’s worth giving a listen to see which side of the fence you fall on.  Fate is available from Comatose Music.