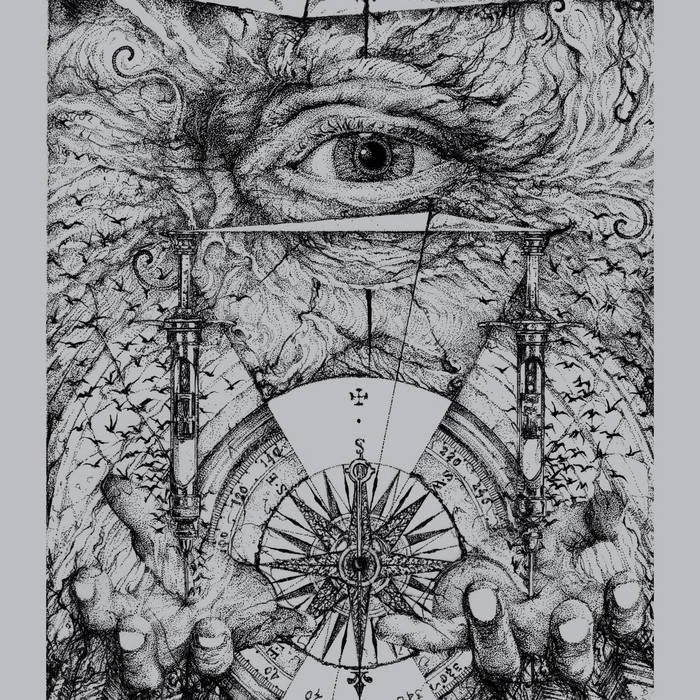 From the bandcamp page:

Ad Nauseam have put an enormous effort into creating a record without compromises. The material itself has been in the making for at least 5 years and mirrors all the hardship for complex artistic growth and perfection in an impressive, lively collage of 8 songs. The final outcome can be easily labeled as extreme art of highest calibre possible, unchallenged.

There's no other way of saying it: if you like Ulcerate, you will most likely dig Ad Nauseam. Those who are familiar with Ulcerate's unique brand of ordered, technical frenzy will know what to expect. Those drums though. Magnificent. The fact that there is more than one person out there pulling off these lightning time changes without falling victim to "Bonitis" (Futurama anyone?) is shocking to me. I can barely keep up wrapping my fingertips.

Guitars are a thunderstorm of rattling tremolos that shift and contort in response to the insatiable rhythms. There's such violence in the sheer speed and ferocity of the sliding, vacillating notes. This is an aerobic workout for the fingers. A full-sprint marathon. There are the occasional rests on tracks like "La Maison Diev," but it's mostly full speed to the abyss.

Ad Nauseam does throw in a few tricks tricks of their own. "A Key to Timeless Laws" throws in some frightening, shrieking violins to compliment the chaotic solo that follows. Or there's the terrifying, Giganish guitar part on "Into the Void Eye." And I love the creepy piano flourishes in "The Black Veil." These classical additions pop up throughout the album and add a finishing touch.

So if you love you some highly technical metal to the nth degree, grab Ad Nauseam today. Another great release of 2015.