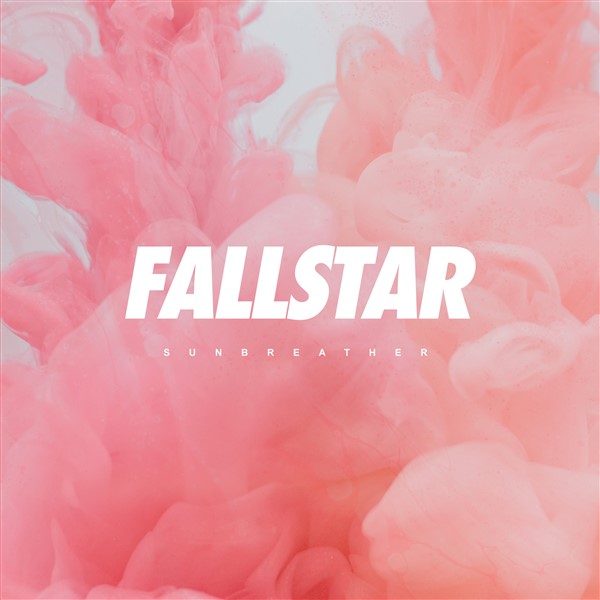 Portland’s Fallstar started off sounding a bit closer to what you’d expect from mid-2000s era metalcore and melodic hardcore, but over time they’re morphed into something that encompasses a wide range of influences from across the rock and metal spectrum.  After establishing their own label Rat Family Records and releasing Future Golden Age in 2015, some of the members would go on to create the more alternative/indie rock leaning Northlander, which would lead that project and Fallstar back to Facedown Records.  Now, a little over five years since Future Golden Age the band has regrouped and put out Sunbreather, which continues their transformation into a more dynamic sounding act.  While some of the musical elements may not appeal to everyone, those who can appreciate the earlier periods of nu-metal, metalcore, and everything in between will find a lot to like about this release.

I can appreciate that Fallstar doesn’t hide that they’re channeling just as many hip hop, punk, and alternative rock influences compared to the standard metalcore and metal ones.  Most of you should have an idea right from the start of opening song “Chroma” whether or not this is going to be an album you’ll be able to get into or not, as it launches right into rougher edged hip hop beats and heavy grooves, bringing a bit of that late 90s and early 2000s rap and nu-metal to mind.  But this is only a small slice of everything the band has to offer, as sometimes they mellow out in favor of soaring alternative rock and post hardcore melodies while other moments double down on the room shaking breakdowns one would more traditionally associate with metalcore.  Compared to what I’ve sampled of Future Golden Age, the hip hop elements feel a bit better implemented with the rest of the styles and as a whole the material flows better with even bigger hooks than before.  Songs like “Cloud Chamber” have guitar melodies that sound like they’re capable of reaching the clouds with anthemic hooks, and while individual moments like these have a sense of familiarity the way Fallstar regularly switches things up helps them.  Sometimes they remind me of underrated nu/rap metal like 3rd Strike while some of the beats bring to mind some of what Ghostkid was channeling on his album last year.  Admittedly not every song hits the mark, as some of the later ones don’t quite stick with you as some of the earlier bangers, but it’s still a consistent and fun listen from beginning to end.

While there’s plenty of variety to the instrumentals, the vocal work is where Fallstar feels the most dynamic.  The first impression you get is the rapping on “Chroma” mixed with some screaming and much softer singing.  It’s somewhere between Hollywood Undead and some of the other hardcore and metalcore that have defined Facedown’s roster over the years, but as you make your way through Fallstar continues to shake things up.  I personally prefer when they hit that balance between extremely aggressive screams/growls and anthemic post hardcore style singing from one song to the next, as the aforementioned “Cloud Chamber” is going to be stuck in my head for weeks while.  While a few of the pitches come through as a bit jarring, I can still appreciate just how much diversity the band is trying to cram in.  I don’t usually touch upon lyrics in my reviews since every person interprets them differently, but it’s worth mentioning on Sunbreather as the songs touch upon a wide range of social issues and elements of mental health, making this a much more personal feeling record than some of the others out there.

There are some people out there that just don’t click with nu-metal or rap metal of any kind, and I don’t see Fallstar changing your mind.  But if you’ve jammed out to those genres and metalcore back during their more mainstream days in the 90s and 2000s, I think you’ll find Sunbreather to be an album that surprises you and one that is worth returning to regularly.  While there are some flaws, as some of the later tracks don’t have the same hooks as the earlier ones and not every vocal element clicks, this was still a pleasant surprise and I’m glad I circled back to it.  Sunbreather is available from Facedown Records.