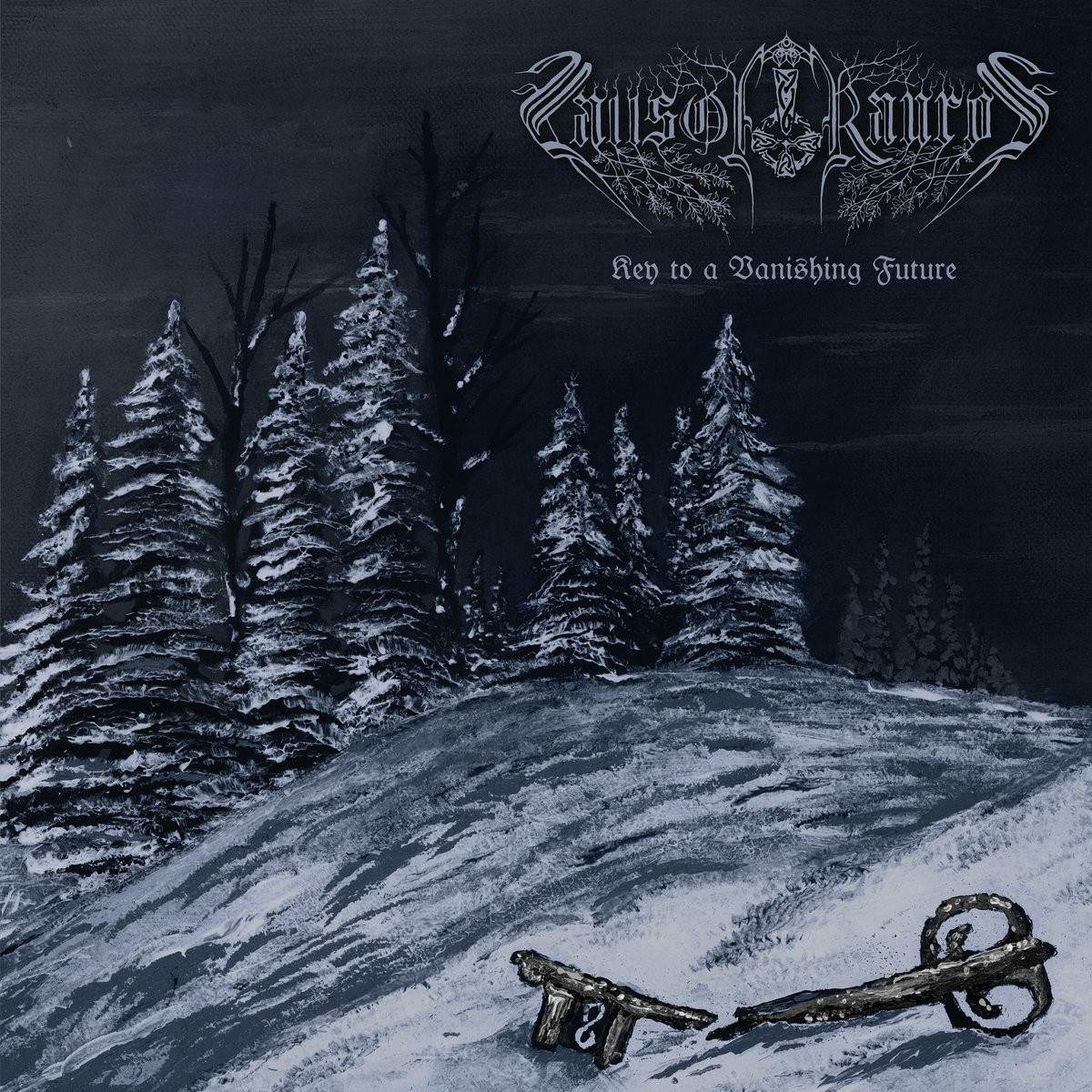 Falls of Rauros - Key To A Vanishing Future (Album Review)

Key To A Vanishing Future
by Falls of Rauros

Portland, Maine based Falls of Rauros has been offering their own take on rock and folk infused black metal for close to seventeen years now.  While initially having elements that drew comparisons to bands like Agalloch and Wolves at the Throne Room, over their past five full lengths the band has refined their formula and offered a balance between melodic and harsher riffs that felt slightly different than their peers.  Admittedly while each release made notable tweaks, there were commonalities to how the material built up to raging blasts of guitar, bass, and drums with softer folk elements in between.  For album number six, Key To A Vanishing Future, Falls of Rauros has made their biggest shift yet and have placed the rock and folk elements at the forefront with black metal adding flourishes.  In some ways it’s softer in texture, yet the six tracks this album has to offer prove to be just as majestic and show that even this far into their career this group has room left to truly surprise.

It isn’t as if Falls of Rauros has simply been retreading the same territory since their earlier days, as each release has injected some unexpected elements like a sudden acoustic folk interlude or even some singing.  But there have also been a lot of similar aspects, with the songs tending to ebb and flow with methodical build-ups and layers of blasting that paralleled some of the atmospheric and folk tinged black metal from the other side of the United States.  Right from the opening “Clarity” it’s clear that the group has overhauled their approach and how they reach these peaks, as there’s greater variation to the rhythms and the softness of the guitar work channels a bit more post rock than it does black metal.  This holds true for the entirety of Key To A Vanishing Future, as the instrumentals weave between fluid and rhythmically diverse passages that seem to dance like the flames of a campfire and the more muscular and bludgeoning black metal.  There’s still plenty of black metal to be found here, but the amount of softer passages that bring in everything from softer psychedelia to some heartland country/Americana makes it feel like that’s not the primary driver this time around.  I’m also especially fond of the instrumental tone this time around, as the guitars and keyboards come through a bit airier and tend to soar towards the sky while the bass channels the roaring power of the ground below with a much grittier sound.  This back and forth remains engaging, and songs like “Desert of Heart” and “Survival Poem” sound downright magical.  Some of the highest peaks come during the first half, but Key To A Vanishing Future remains consistently engaging from beginning to end.

2019’s Patterns in Mythology offered some softer singing during “Renouvellement”, but on Key To A Vanishing Future Falls of Rauros has focused entirely on harsher pitches.  This approach has always worked throughout their discography as Jordan Guerette and Aaron Charles regularly trade off vocals and provide raspier screams and low growls that hit equally hard.  Compared to some of their other material the screams and growls do sound a bit lower in the mix and sometimes sound like they’re just barely breaking through the layers of instrumentation, giving them a bit less of the overall focus.  But given how mesmerizing many of the melodies are this works and makes the harsher bite of the vocals even out the balance between soft and abrasive.  I’m curious if singing might return in the future as Falls of Rauros expands further upon the direction Key To A Vanishing Futurehas put them on, but even if it doesn’t the space between each verse allows for the intensity to remain consistent.

Falls of Rauros’ latest album fits stylistically with the rest of their discography, but it feels more fluid from a rhythmic perspective and emphasizes lush and differing textures that pushes beyond the band’s foundations.  It often comes in a bit closer to folk, Americana, and post rock with black metal still deeply intertwined, and those of you looking for metal to get truly swept away in will get a lot of mileage out of this one.  It’s too early to say if this is truly Fall of Rauros’ best effort to date but I’m leaning that way even with these initial listens, and it’s an early year highlight that feels like a good fit to usher in the warm weather on its way.  Key To A Vanishing Future is available from Gilead Media and Eisenwald.