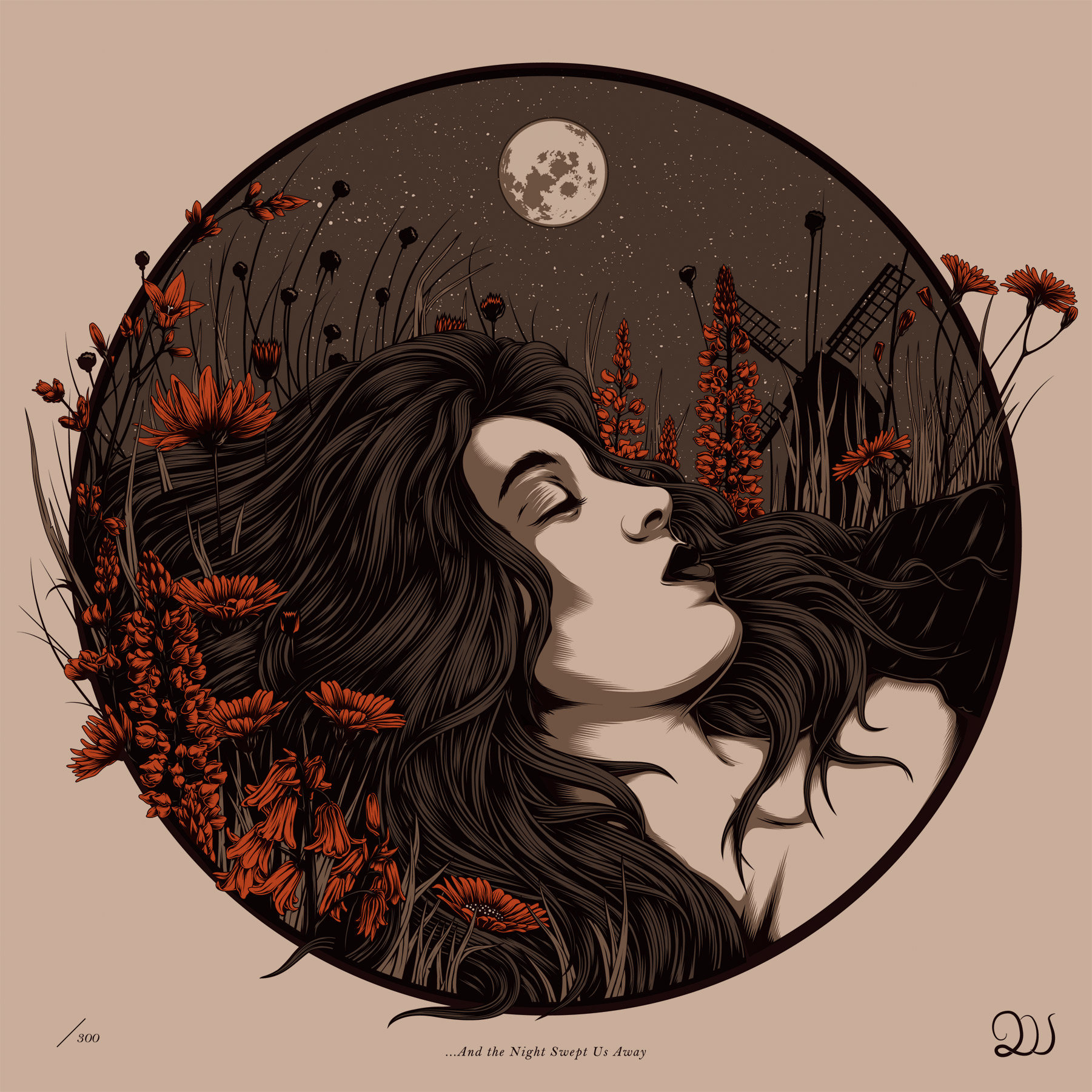 South Africa's Wildernessking returns!  Just a month after our review of their latest LP, Mystical Future, they return with a collection of previous releases.  Les Acteurs de l'Ombre Productions are proud to announce the exclusive re-release of the band's two EPs, ... And The Night Swept Us Away and The Devil Within.  Normally I tend to pass on reissues and compilations, but I must say that this one is worth your time, especially if you haven't yet heard this material.

It's sometimes quite interesting to get into a band late and then work your way backwards.  Sometimes where they comes from can be surprising.  I spent a lot of time describing Mystical Future's sound as "depressive."  While the use of "Opethian" acoustic passages remains present, I would not use the previous adjective to describe anything on this collection.  Tracks like "And the Night Swept Us Away" and "Lurker" are much more intense in expression.  And while I also tend to avoid live tracks, this version of the former song helps further showcase the raw talent of the band.  Such grace, confidence, and consistency that even more traveled bands sometimes lack.

Aside from the differences in tone, these songs are just plain good considered in isolation.  The shorter lengths may make the compositions a bit easier for the average listener to chew on, but there is no sacrifice of the band's progressive leanings.  Plenty of shifting arrangements to be found here, ranging from the aforementioned (masterful) acoustic instrumentals, to uplifting post-black, to ferocious prog metal.  Throughout Keenan's harsh vocals, buried in just the perfect amount of distance and reverb, keep us grounded in a more extreme aesthetic.

Wildernessking's new compilation should appeal to a number of listeners.  If you liked Mystical Future, you'll be impressed further by adding more material to your collection.  If you weren't really a fan of that album, you may find yourself appreciating the differences that make these EP's unique.  And finally, if this is your introduction to the band, this new LADLO release is perfectly appropriate place to start.  Great atmospheric black metal with a wide range and plenty of passion.  Check for the full release tomorrow, 7/22/16.