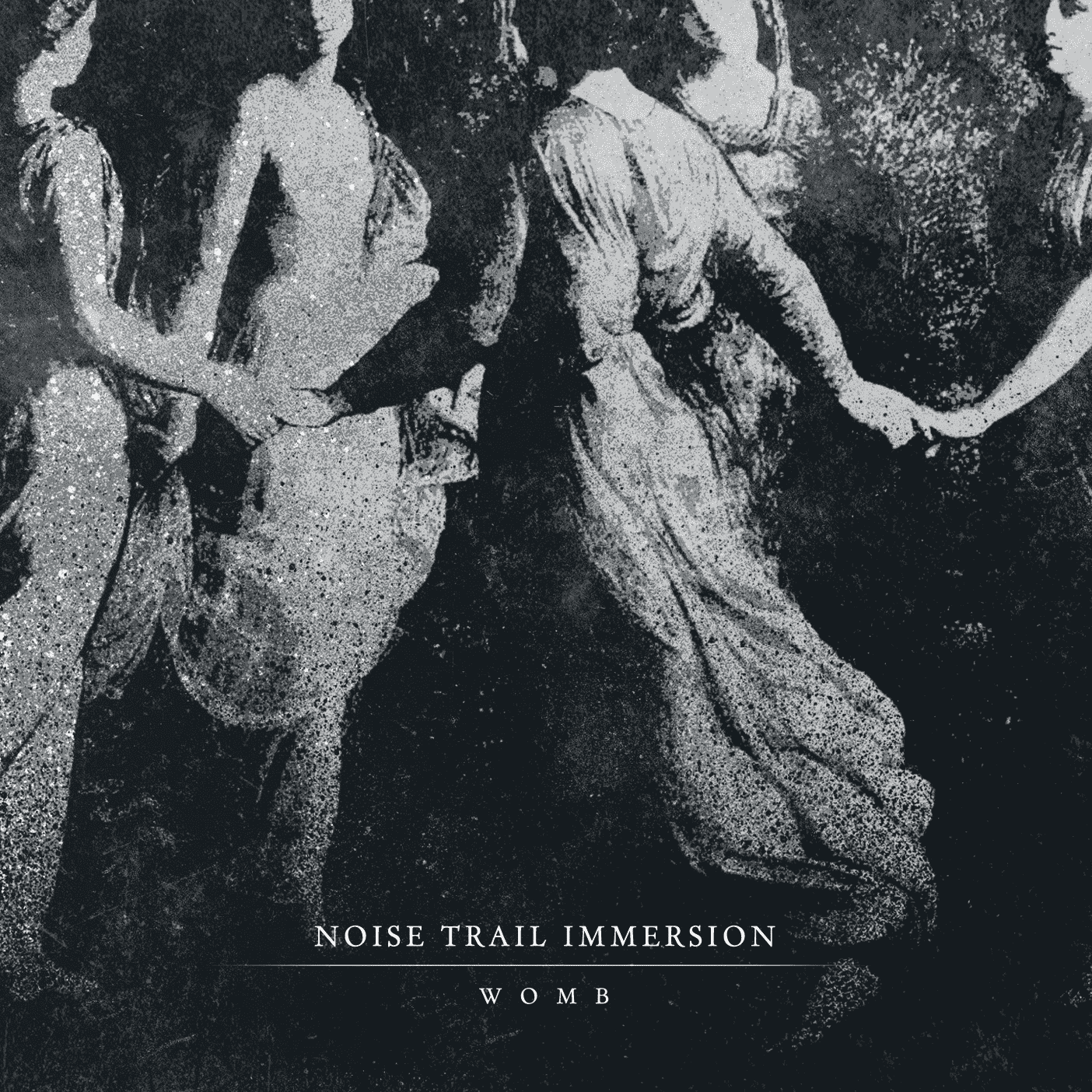 Noise Trail Immersion is a five-piece band from Turin, Italy inspired by groups like Ulcerate, Artificial Brain, War From a Harlots Mouth, and The Dillinger Escape Plan.  They have previously released material, but Womb represents their very first full length album.  Their own bio simply describes their style as "8strings blackened chaos," but if you want a little more information, this is pitch black mathcore with some experimental touches.  Like Dendritic Arobor, these guys like to play with ambient just as much as technical anarchy.

Funny story, I went into this without having known any of that information I just gave you.  All I had to go on was the cover art and the sounds coming to my ears.  So based on the intro track, "Border," I assumed this was going to be ambient black metal or at least some form of black metal.  This opener is extremely dark and...well...immersive; like being sucked into a black whole.  But it's a trap.  The transition to "Somnis" is like being suddenly kicked in the nuts while doing yoga.  Totally unexpected and not something you are going to forget.  The song rips through drum patterns and riffs like a blackened DEP.

But there are further experiments in store.  The last few minutes of this song shift in tone and style dramatically once more with a lovely clean guitar interlude and conclusion that, while still explosive, is filled with melodic sorrow.  Noise Trail Immersion continue to play around in this way throughout the album, both within tracks and with full length ambience or experimental noise like "Ipnagogical."  In this way I am also reminded of Torrential Downpour, though this band has a far more sinister aesthetic.  But comparisons remain between the eclectic guitar approaches and even the bass tone.  Speaking of which, this is one of the better bass performances I have heard this year, and he is never played down in the mix.

In sum, Womb is a fantastically played and sometimes mind-boggling little science project.  Noise Trail Immersion show little care for convention, prefering to stick to pure, unfettered creation.  When your forte is mathcore, but your title track is seven and a half minutes of nightmare-fueled ambient and cryptic whispering, I don't think you are too worried about mass appeal.  That having been said, more traditional tracks in the genre like "Organism" or "Tongueless" are certainly on par with their peers in quality.  The screams are vicious, the guitars coldly calculated, and the drums delightfully demented.  Check out their video for "Organism" below.  Album drops tomorrow.  Follow them at BANDCAMP.