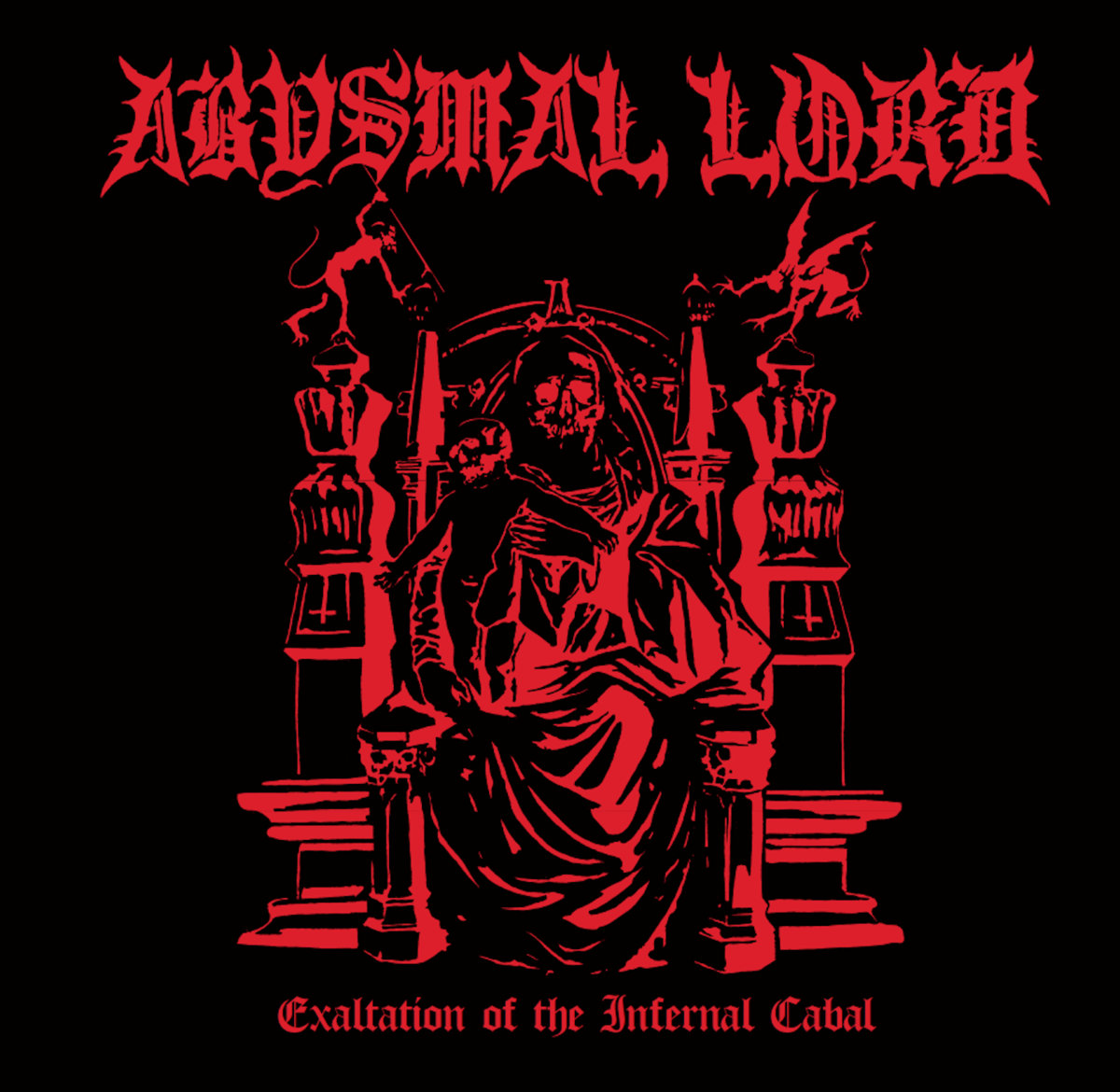 Exaltation of the Infernal Cabal

Exaltation of the Infernal Cabal
by Abysmal Lord

Abysmal Lord stormed into the metal world with their utterly barbaric and filthy black/death metal back in 2013, with an EP and full-length establishing them as a force to be reckoned with.  While the band’s still been active live since then there hasn’t been too much in the way of new material since Disciples of the Inferno, with last year’s split with Crurifragium only providing a snippet of what to come.  This year brings that gap to a close, as the group has returned with Exaltation of the Infernal Cabal where they continue to do what they do best and tear through thirty-five minutes of hellish blasting and violence.  It may not deviate significantly from the template Abysmal Lord laid out early on, but when the material contained within is this scorching and unrelenting from beginning to end that’s hardly an issue.

For the uninitiated, these guys pull from the bestial side of black and death metal, channeling the type of rabid intensity of bands like Blasphemy and Sarcófago.  While this has hardly been uncommon in recent years as more and more groups try their hand at unrelenting blasting and a warlike cadence, where Abysmal Lord stands out is in their instrumental proficiency.  Where so many other bands that have gotten the war metal or bestial black/death metal tags come across as a bit sloppy in their attempts for sheer speed and violence, there’s a level of precision throughout Exaltation of the Infernal Cabal that makes it all the more lethal.  There is a fair amount of blasting, but when the tempo slows down a bit and moves towards death metal on the title track it’s just as destructive and capable of drawing blood.  Compared to Disciples of the Inferno the recording feels like it has even more weight to it and the guitars are more scorching in their attempt to leave no sign of life behind, which adds to the appeal.  Admittedly there are still some moments that blur together, but with the quick run-time and just the right amount of slower sections Abysmal Lord manages to stick with you better than the average band of this type.

The instrumentals may deliver plenty of nonstop intensity, but the vocals are what really put this album over the top.  Not only are there sound clips that make it feel like you’ve fallen directly into a demonic ritual, but the screams of guitarist M.C. are so harsh and distorted that they come through like barbed wire against your skin.  They’re downright ugly and often drenched in just the right amount of reverb to stand out amongst the dense wall of sound coming from the rest of the band.  It’s just as appealing as on Abysmal Lord’s previous material, and where so many groups try overly hard to sound evil or demonic it comes through genuinely convincing here.

They may have taken a few years to deliver another full-length but the wait has been worth it, and Abysmal Lord comes through with another truly destructive and unrelenting album.  It may not be reinventing any aspect of those that came before, but when delivered with this much precision and brute force that should be all it takes to hook listeners.  Exaltation of the Infernal Cabal is out now on Hells Headbangers.