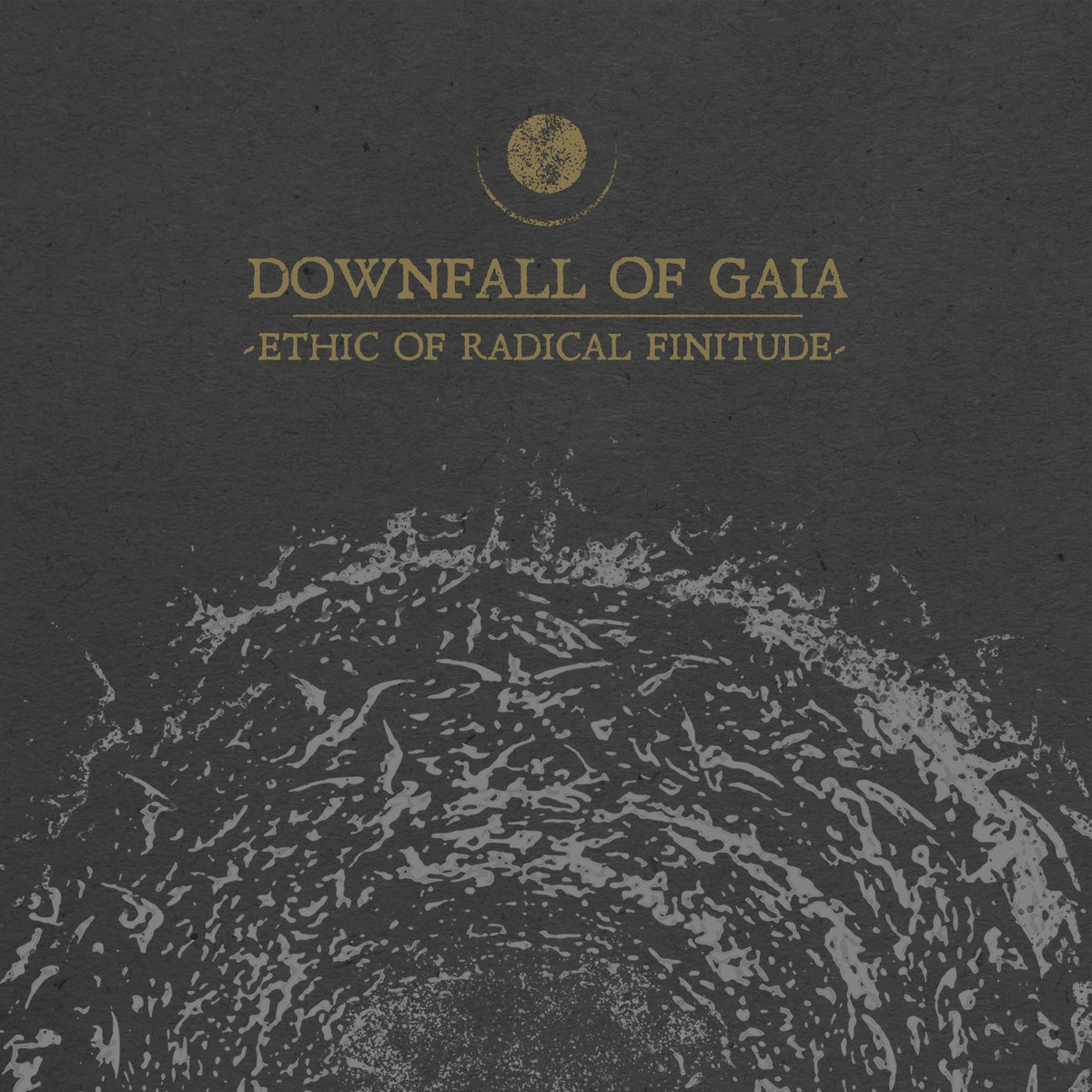 Ethic of Radical Finitude
by Downfall of Gaia

Downfall of Gaia’s remained on an upward trajectory over the years, moving forward in ways that naturally suited their songwriting abilities while maintaining the elements that drew listeners in previously.  While more recent efforts merged in a bit more black metal alongside the sludge and post metal style build-ups, this wasn’t a mere injection of a riff here or there.  Instead, it felt like the band had evolved naturally to add these genre elements further into their DNA while tightening up the writing to make every minute count.  This year’s Ethic of Radical Finitude continues along the same path, keeping the lean track length of its predecessor Atrophy while encompassing a wider range of textures than ever before.  It’s the type of album capable of leaving both an immediate and lasting impression and finds a band that’s honed its darker atmosphere and intense climaxes to their most effective levels.

While there was something to be said for the longer build-ups and extended track lengths of Suffocating in the Swarm of Cranes and Aeon Unveils the Thrones of Decay, in recent years Downfall of Gaia’s made the most of shorter, more direct songs that anchor the lengthier, epic ones.  This once again works in their favor, as the double impact of “We Pursue the Serpent of Time” and “Guided Through a Starless Night” is likely to leave you breathless.  These two songs encompass almost half of the album and do a lot in this span of time, delivering some of the most blisteringly intense sections which deliver the kind of power and complete darkness that the best atmospheric black metal has to offer while also offering some of the softest and introspective transitions.  Compared to some of their peers, Downfall of Gaia understands how to space out their attacks in a way that gives them the most impacts, and the variation of the riffing and drum patterns ensures that the softer moments have a life of their own and don’t just feel like filler.  This isn’t to say that the shorter numbers don’t stand out either, as even when they run for half the time there are still unexpected fills and tempo changes that shake things up.  Ethic of Radical Finitude comes across as dynamic from beginning to end and waves an enveloping atmosphere that’s equal parts bleak and hopeful.

The group’s had a multi-faceted vocal approach for much of their career, with different members of the band trading off on higher shrieks and screams and lower growls throughout each song.  That’s continued on this album with the addition of some special guests that add to the atmosphere and give the material a fairly different feel than its predecessor.  Nikita Kamprad from Der Weg Einer Freiheit appears on “We Pursue the Serpent of Time” and Mers Sumida from Black Table reads a poem on “Guided Through a Starless Night”.  What might read like small additions on paper add a lot to the material overall, as the different pitches add even further range to the material and the poem reading accomplishes a similar sense of overwhelming emotion that’s as intense as the blasting instrumentation.  That’s not to say that the guest appearances overshadow the core vocals, as the performances are once again dripping in rawness and pure energy but the overall package helps to differentiate this record even further from the band’s prior achievements.

In some ways Ethic of Radical Finitude may not feel like as giant of a leap as the progression from their previous records, but Downfall of Gaia continues to branch out and move forward in ways that make their material more engrossing.  The group’s blurred together black metal, sludge, and post metal into a mix that offers the best of each genre, and this is an album worth experiencing without distractions so you can let it overwhelm you and take you on a journey.  Ethic of Radical Finitude is out now on Metal Blade Records.